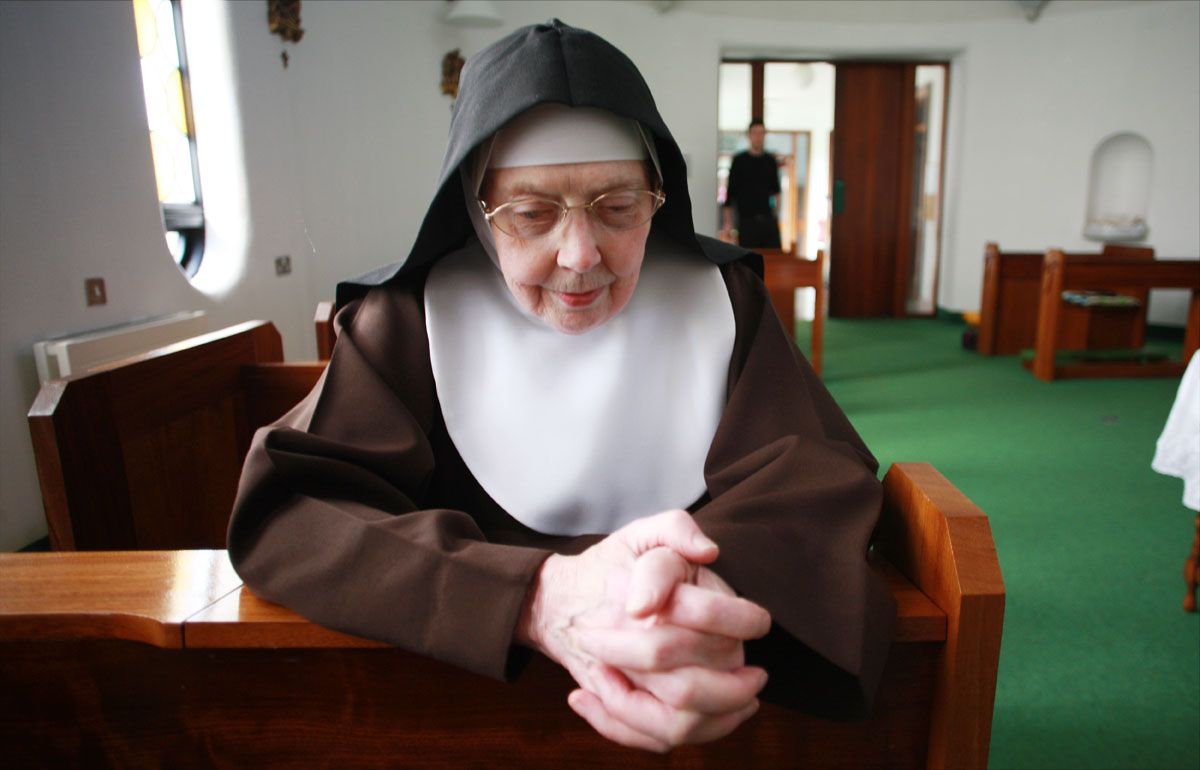 A POOR Clare nun who lived at the former Poor Clare Monastery in North Belfast before it closed a decade ago has passed away.

Born Ita McMeel, she worked as a secretary at Stormont and for BMW before she joined the Poor Clares at the age of 25 in 1955.

The Poor Clare Sisters were based on Cliftonville Road, but in the years leading up to its closure numbers had declined to just five nuns – two Irish sisters in their 80s and three Filipinas (below).

The North Belfast monastery closed in 2012 after 90 years.

Speaking to mourners in St Clare’s Church, Graiguecullen, her nephew, Bishop of Derry Donal McKeown, said: "In the midst of her life experiences, Ita McMeel felt a deep call to live in a community dedicated to prayer, dedicated to seeking the Lord in all things.

"I remember as a child seeing photos of her taking her vows. Part of the ceremony involved wearing a symbolic crown of thorns.

"It takes a hugely generous heart to share your life all day, every day, with a group of others, each with their own idiosyncrasies.

"She had a huge range of visitors and correspondents in the Belfast of the Troubles where so many people lost family and friends in the conflict that in a particular way affected the area surrounding the monastery on the Cliftonville Road."

But he said his aunt "had to live with the reality that the community continued to dwindle in numbers".

He said it was "very painful" for his aunt to leave Belfast, along with fellow Poor Clare Sister Mary a decade ago.

"Yet she reflected on our Lord's self-giving and trust as they found a new home in Carlow," he said.

Sister Paschal was buried in the cemetery at the Poor Clare Monastery in Graiguecullen.