Sometimes you have to look that gift horse in the mouth 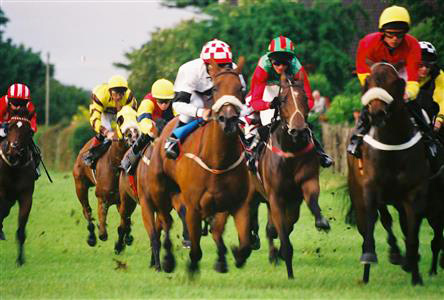 SCREWIN’ the form it’s called. Standing at the counter in your local bookies with your eyes flying promiscuously from screen to screen. On this one there’s a five-furlong dash from South Africa, on that one there’s a mile and a half handicap from Dubai; over thonder there are cartoon horses lining up for an animated race, up yonder there are palm trees in the paddock at a California track. And that’s before you consider the endless races from Ireland and Britain, horsey and doggy; the roulette wheel spins; the soccer, real and virtual; the American football spreads; the GAA; the golf; the boxing; the monkey tennis.

How far the bookies have come since the days when Squinter first stood in one as a callow youth – a bloke on a stool laboriously writing prices on the board with a marker, wiping out others with a manky cloth; the air thick with the cigarette smoke of punters puffing like laboratory beagles as they cocked an ear to the tinny tannoy to learn the fate of their thirty bob on the last favourite at Ireland. Now it’s all leather sofas and hot chocolate and smart TVs. The Yankees, the Canadians and the Union Jacks are virtually unheard of, subsumed in the rush to worship the almighty Lucky 15. They’re betting on the number of yellow cards in a third-division play-off in Kazakhstan and how many ticks we’ll see in a dead rubber in the Antrim Division 3 hurling.

And if they don’t have a price on the screen, you can ask for it. To test this theory Squinter asked the girl behind the glass if she could give him the odds on the following day’s Syrian Universities lacrosse league fixtures. Without missing a beat she said she’d WhatsApp head office. Squinter said you’re okay love.

So where were we? Ah, yes, screwin’ the form. So there’s Squinter experiencing another bout of information overload when suddenly on the largest screen in the shop a very attactive young woman in a Santa suit appeared. Squinter was just wondering when Santa had started wearing a mini-skirt and stilettos when the purpose of her performance shunted his train of thought into a different siding: she was recommending to him and his fellow punters gambling gift cards as the ideal Christmas present.

Now many and familiar are the jokes about giving and getting on the day of our dear Lord’s birth. Too-big knitted jumpers from maiden aunts; polyester socks in garish hues from well-meaning grannies; poundshop deodorant/ shower gel combos from penny-pinching offspring; gym memberships from none-too-subtle spouses. But who’s a Christmas gambling gift card for and, more importantly, who’s it going to be from?

Now before the Falls Women’s Centre get on the phone to the Press Complaints Commission, Squinter should point out that the following line is a simple statement of fact. Not many women go into bookies. There, it’s been said. Plenty of females behind the glass, hardly any on the other side. Oh, there’s an invasion on Grand National Day when the regular punter groans and sighs as the four women in the queue in front of him pull out their 50p win lists with two-thirds of the field included. But on your average raucous Saturday afternoon the bookies is not a cold house for women, it’s a deep freezer inside an ice house during a Siberian snowstorm.

So who’s going to give a bloke a gambling gift card? Other blokes, we can only suppose. Friends, brothers, sons, fathers. People who care for each other. But if you really cared for someone would you give them, say, a twenty-quid gambling gift card because you know it’s the one thing that would make them really, really, really happy? Let’s be honest – if the first thing you think of when you’re considering what makes someone happiest is free bets, then surely you’d be better giving them a twenty-quid phone card and the number of the Samaritans.

And what are you going to think, daddyo, if you’re standing under the tree on Christmas morning, bathed in the warm spiritual glow of self-satisfaction that your yearly visit to Mass always brings, the fairy lights twinkling,   carols playing, a brandy and Baileys in one hand and a gambling gift voucher suddenly thrust into the other? You’re going to think that after twenty years of working your fingers to the bone for your son, twenty years of keeping him on the straight and narrow and being there every time, your wee lad thinks you’re a gambling degenerate who’d bet on two flies crawling up a wall. And the next thing you’re going to think is, what was my wee lad doing in the bookies in the first place to buy me this friggin’ gift card?

A warming Christmas thought indeed and you might even resolve to stay away from the bookies and read books and put up shelves in front of the boy for a while to undo some of the reputational damage. Until, of course, you remember the Boxing Day list of meetings and fixtures is always the only thing longer than your Christmas credit card bill.

So it’s odds-on you slip your gambling gift card into your wallet, smile, mumble your thanks, rub Christmas jumpers in an awkward man-hug and wander off to the kitchen, the only place the signal’s good enough to get the result of the Yuri Midvinov Selling Plate from