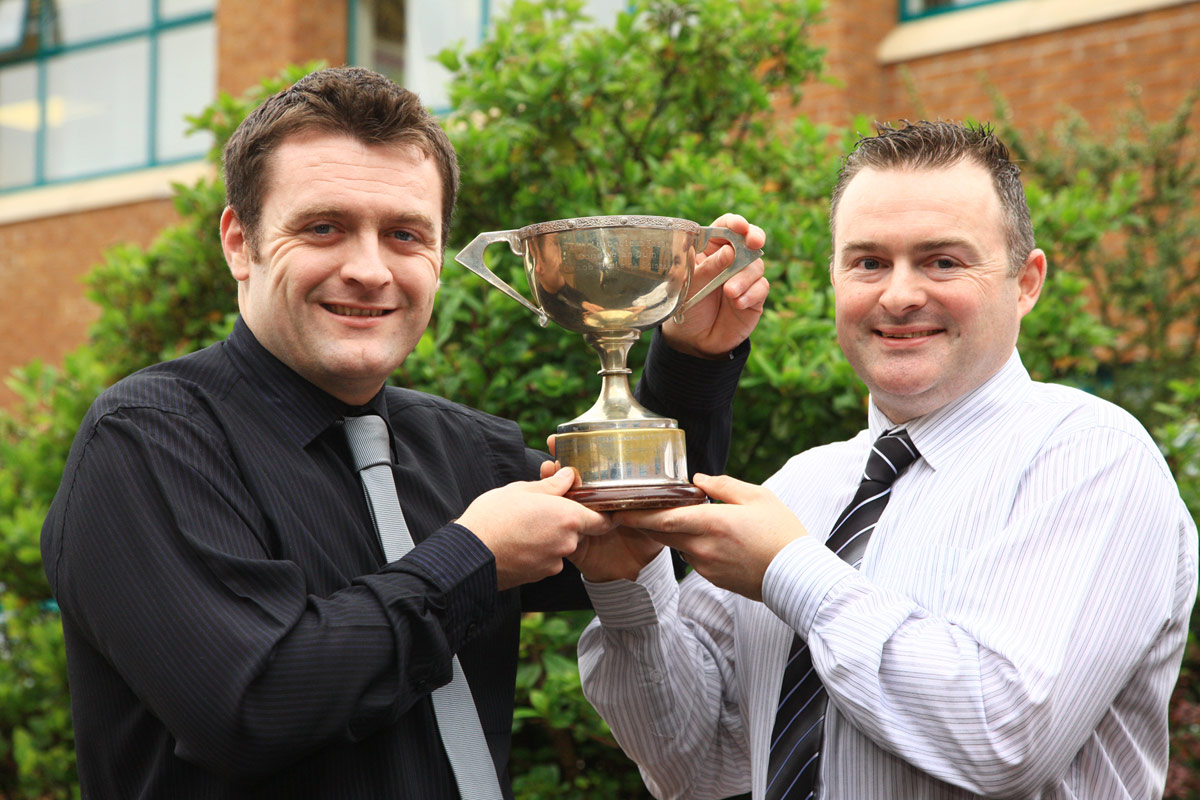 WEST Belfast school teachers Michael O’Callaghan and Chris Clarke have led their Bredagh senior football team to the Down Junior title with a 4-10 to 0-9 win over Dromara at Pairc Esler on Sunday.

The St Genevieve’s duo have been mentoring the South Belfast club this year with O’Callaghan acting as manager while Clarke took on the role as team coach.

The victory was just the second time the Junior title had been won by Bredagh following their maiden victory back in 2006.

What makes this title even more special is that it occurs during the club’s 40th anniversary celebrations.

A speechless O’Callaghan said he was thrilled with the victory and said it was fitting that Bredagh had a Championship to celebrate during their ruby anniversary.

“I am absolutely delighted. It was a fantastic achievement so we are over the moon. It was great to see so many Bredagh supporters down at Newry so it was a great occasion,” he said.

“It is a big boost for the club and it was great to have everybody there that was involved in it.

“It’s the 40th anniversary of the club this year so it will be nice to have a big do coming up in Queen’s and it’s nice to have something to bring to it.

“It’s a great achievement and that’s all I can really say at the minute.”

While they can now look forward to the provincial campaign, where they will meet the Donegal winners in the quarter-final, O’Callaghan said their primary focus is on a meeting with Drumaness at Bright this Saturday (2pm) in a promotion play-off for a place in Division 3 next year.

“Ulster will be another test but we have a big game coming up on Saturday against Drumaness in a play-off to get up into Division 3,” he added.

“We will be concentrating on that first because there is no point in winning a Championship if we are going to be stuck in Division 4 next year.”