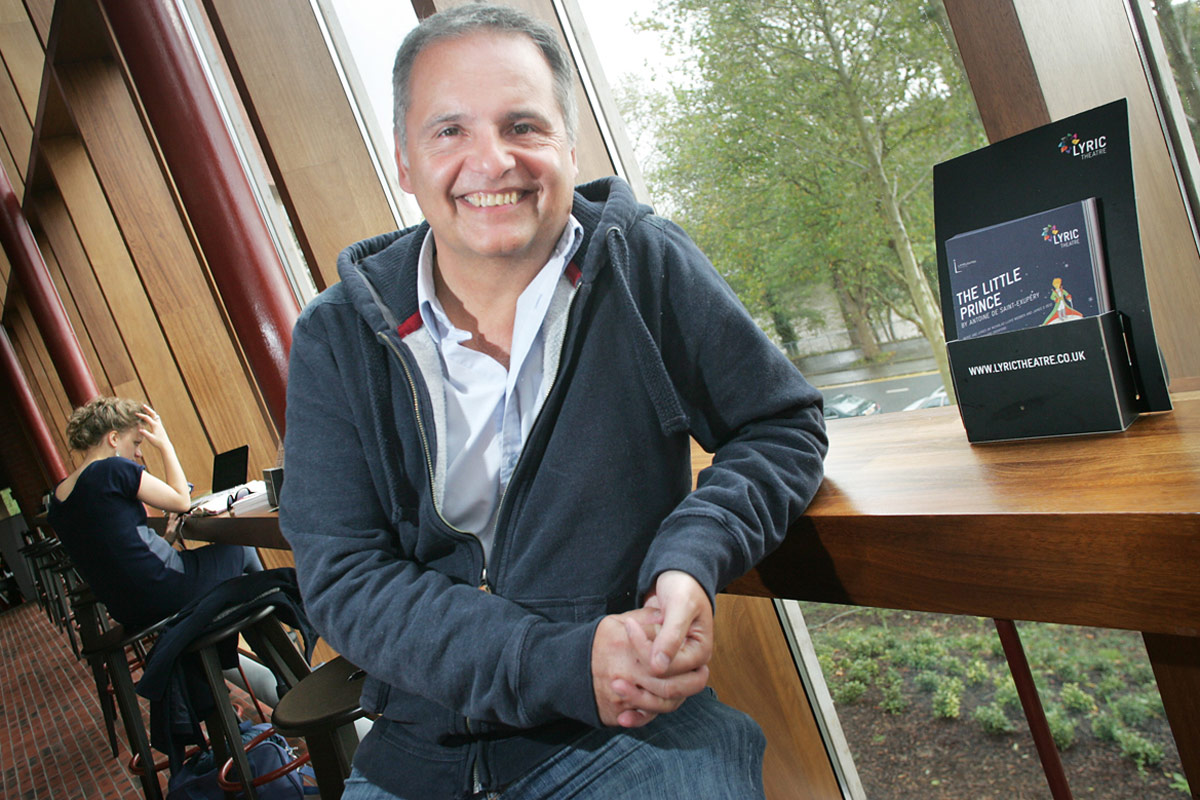 Richard Croxford is the Artistic Director at the Lyric Theatre which this year reopened its doors following a much heralded rebuilding project. Having plenty of experience of ‘treading the boards’ himself after studying at drama school in England, the Liverpool-born actor and director is overseeing a new era of drama productions at the Ridgeway Street theatre.

I was born in... Liverpool

I grew up in... Liverpool and Edinburgh

I now live... in Glenavy

My earliest memory is... from when I was three years old playing with our old boxer dog, Rocky

When I was a child I wanted to be... an actor

I actually became... an actor and a director

Worst job you've ever had... a dreadful tour of Cinderella just after I left drama school. The kids threw things at us and the director stepped in for an actress who was ill. She drank half a bottle of sherry before the show and wreaked havoc. She shouted things at us from the wings, slurred her words and turned a duet into a solo song by pushing the other person off the stage!

Best job you've ever had... my current one

The bravest thing I've ever done... paraglide off a 6000 ft high mountain

The stupidest thing I've ever done... swim fully clothed after a few drinks only to discover my iPhone was still in my pocket

The biggest thing I've yet to do... tidy the bedroom

The person/people who inspired me most is/are... my parents

The most important thing in the world is... love and respect for others

I'm most proud of... my 24 year relationship with my partner

My best friend would say I... procrastinate

My favourite saying/quote is... “The world is a stage but the play is badly cast” Oscar Wilde

The last book I read was... The Girl with the Dragon Tattoo

My favourite movie is... The Sound of Music

The actor that would play me in a movie of my life would be... Colin Firth

The song that makes me dance is... Bad Romance, Lady Gaga

The song I would have played at my funeral would be... The Prayer by Andrea Boccelli

The best place I've ever been... Machu Picchu, Peru

The place I have to visit before I die is... The Taj Mahal

The last person I talked to on the phone was... my partner

The last text message I received was from... James D Reid (co-composer of The Little Prince)

If I was a politician I would... fund the arts better and ensure people understood their importance

If I won the lottery I would... travel the world and set up an arts foundation to support theatre

If I could describe myself in five words they would be... positive, friendly, vague, trustworthy and empathic

If I could invite five people (living or dead) to a dinner party they would be... Shakespeare, Marilyn Monroe, Simon Callow, Joan Rivers and Will Smith

If I could change one thing about South Belfast it would be... to have a bus route past the Lyric

My favourite thing about South Belfast is... The Lyric Theatre