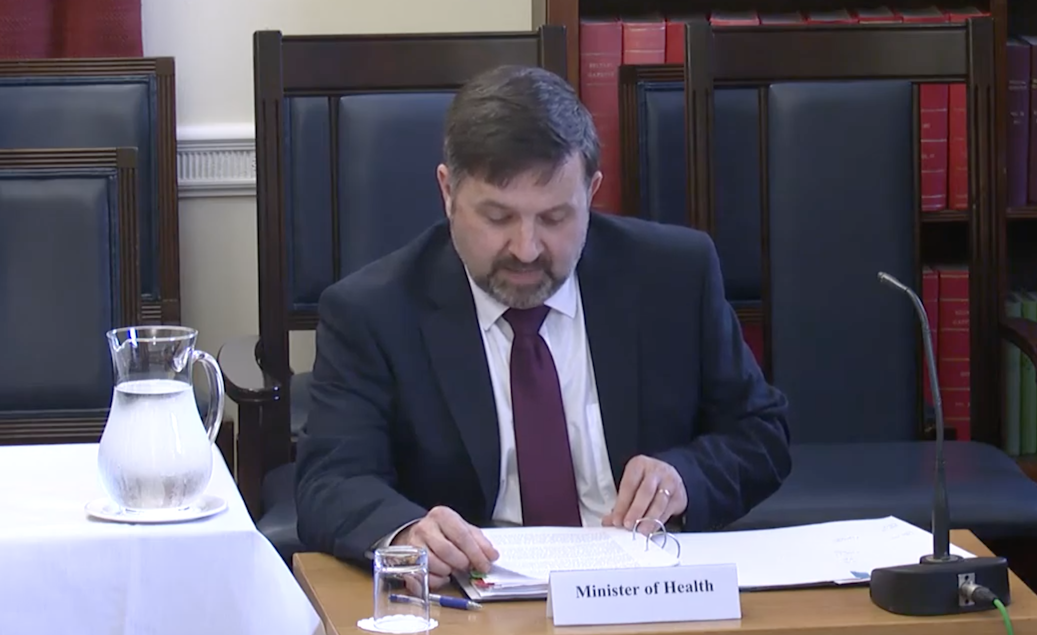 This was a week which saw Bobby Storey and Noah Donahoe go to their rest, the former amid a little controversy and during what must have been the first time Sinn Féin stewards were deployed at Roselawn Cemetery.

The Bobby Storey funeral has provided unionists an excuse to allege breach of public health regulations and the Orange an excuse to have a mini-Twelfth.

Meanwhile, Boris Johnson’s father Stanley apparently breached Bulgarian and Greek public health by flying to his Greek villa through Bulgaria to side step the Greek ban on Brits.

The week also saw further outbreaks in Leicester and Bradford underlining the need for decentralising public health, with Leicester waiting a week to find out via private company Deloitte (who curiously collect the data for a fee) that not alone did they have 80 new cases but they had more than 800.

Amid this Robin Swann and Dr McBride attended the Health Committee to give account of their stewardship.

The Minister spoke about rebuilding Health and Social Care Services (occasionally lapsing into calling it the NHS) but not mentioning that it is supposed to integrate social care given the poor performance in the care homes.

Minister Swann spoke of rebuilding the health service (is the ban on attending RVH casualty to be part of this?) and stated that GPs liked triage and virtual consulting which has become the norm — though he has done little to consult GPs.

He spoke of the need to get cancer, screening, primary and urgent care services going again, stress and mental health, care home delivery and at home services. There was concern about the representation of Allied Health Professionals and it was stated that this would be done through the Chief Nursing Officer

The committee turned to the debacle of the resignation of nine board members of RQIA the care home regulator at a crucial time in the pandemic.

The CNO’s Rapid Learning Initiative was mentioned but it had yet to show any of these descriptors. It was stated by the Chief Medical Officer that there were two homes left to test. The DUP's Pam Cameron (Deputy Chair) expressed disappointment at the lack of representation of Allied Health Professionals (eg physiotherapists etc) and dentists and the poor supply of Personal Protection Equipment.

Colin McGrath (SDLP) asked about the return of Accident and Emergency Services to the Downe Hospital and accompaniement to Maternity services such as scans.

Gerry Carroll (PBP) raised the case of a constituent and Runwood Homes again. The decision to scale back inspections at a crucial time was unfortunate. The pair were asked who drew up the terms of reference of the review of RQIA by David Nicholl who does work for the DoH. It was stated that the Permanent Secretary David Pengelly  had drawn up the Terms and the Minister was asked why he had announced the review to the press first and not the Assembly. The Minister stated that boards were his representatives on arms length organisations.

It is becoming evident that public health needs reform and Leicester and Germany indicate the need for decentralisation to county level, better resourcing in terms of epidemiologists and public health nurses with test, track and trace skills.

Of course, there must a trained and independent public health doctor at the helm and this should be enshrined in a new public health act.

It is hoped that these will form part of the findings of a formal judicial inquiry into the pandemic and care home deaths.