The Belfast coach and the fearless Foxes 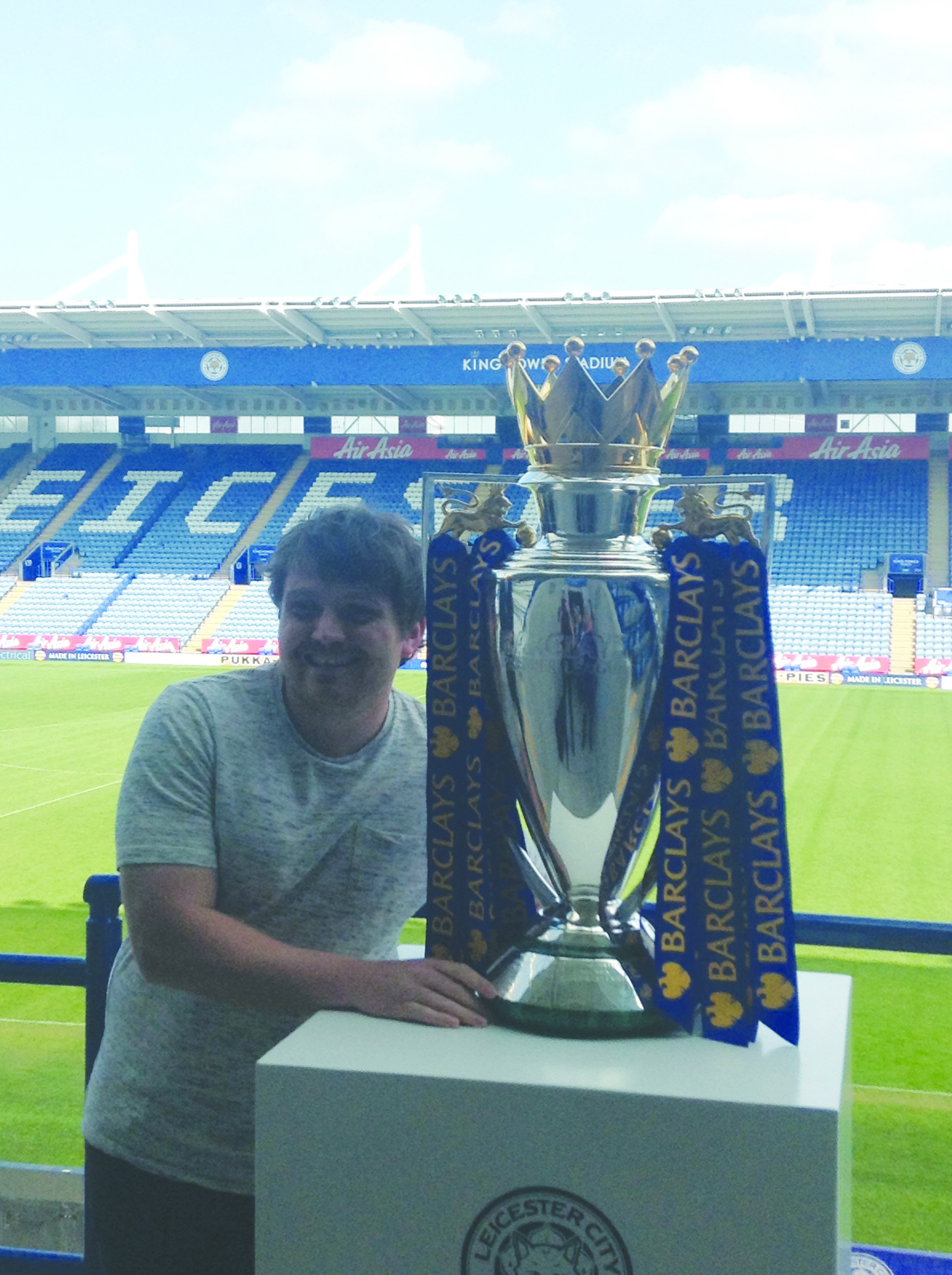 THE remarkable story of Leicester City FC is one that has touched sporting fans all over the world, none more so than one West Belfast man who works for the club.

Terrence O’Hara, originally from Hannahstown works full-time at the home of the new Premier League champions and has seen up close and personal the incredible rise of the Foxes this season.

The 32 year-old works as an analyst for the club, which involves analysing players, statistics and performances from Leicester’s U21 development squad as well as helping first-team boss and godfather at the club, Claudio Ranieri with first-team analysis too.

Terrence is also involved in coaching and his current role with the 5,000/1 history makers began back home in his native West Belfast, in the sport of Gaelic Games.

“I played GAA for Lámh Dhearg for 20 years since the age of six and living across the road from the club in Hannahstown really helped my involvement in the sport,” explained Terrence.

“I went to De La Salle and GAA coach Paul Buchanan coached me from a young age and I owe a lot to him.”

Terrence was still heavily involved in his love for Gaelic Games but decided to switch to soccer as he sought to pursue a career in coaching himself.

“I completed some of my coaching qualifications in football and I was asked to come and coach with Donegal Celtic’s U12 team, before acquiring my UEFA B licence and I got the opportunity to coach the reserve team with Sean Hawkins.
“While I was working at DC, I completed a degree at Jordanstown in Science and Sports management,” he said.

Terrence then decided to make the move across the water to pursue his coaching career further in England and graduated with an Applied Sports Science with Management degree at Loughborough University.

The West Belfast man then completed a number of other performance analysis and coaching awards before he found work as Academy Coach of Chesterfield Under 13s in December 2013 before coaching at Nottingham Forest with the club’s youth teams up to U16 level.

Terrence’s journey with Leicester City began with an internship at the club in Performance Analysis and after he landed the role on a full-time basis, he also is a coach for Youth Development teams at the club.

Terrence admits his job is a dream and has set his sights on first-team management in the future.

“I’m working at a job that would be most people’s dream day in, day out and I’m seeing some of the best players in the Premier League in the best facilities,” he said.

“It’s such a humble environment to work in and everyone is close together in the same complex.

“I get to see how much the professional footballers like Jamie Vardy and Rihad Mahrez appreciate the job that we do for them because they always want to improve.

“It’s a dream and I want to push on and go into first-team management in the future,” he admitted.

Terrence then turned his thoughts to the remarkable achievement of underdogs, Leicester City’s first-team who have defied the odds and expectations this season to be crowned Premier League champions for the first time in their history.

For West Belfast man Terrence, the enormity of the club’s achievement may never sink in, despite living the dream first-hand throughout the season.

“The media attention has been crazy, it’s been hard to get to work a few mornings because of the crowds of people all around the stadium and training complex.

“I live locally in Leicester and people just can’t believe what they have achieved.

“No one really would have predicted it– they were one of the favourites to be relegated this season and it’s just been an unbelievable story.

“It’s remarkable given the quality of other teams in the league, but Leicester were constantly winning.

“As the season went on, the belief grew that the dream could become a reality and once we beat Manchester City 3-1 away, I think that was the turning point.
“There was still that cautious and modest approach of taking each game as it comes and working hard for each other.”

Terrence has already set his sights for next season’s campaign when the club will embark on a European adventure for the first time in Europe’s elite soccer competition, UEFA Champions League and is setting a realistic target for the fearless Foxes.

“The ambition now is to stabilise the club and keep the squad together and make an impression on Europe in our first ever season in the UEFA Champions League but the mentality will be the same – game by game,” he insisted.

“With the added pressure of European football, I think a top ten finish is a realistic target for the club next season and anything else would be a bonus.
“It’s credit to Claudio for the work he has done. He has brought his tactical intelligence to a hard-working nature of the English game.”

For Terrence personally, the future is bright for the ambitious coach and just like the club he works for, the Hannahstown native can fulfill his ambitions with the football club of dreams.

“I can’t believe I’m here myself,” he admitted.

“I am hard-working, well organised, responsible and equally efficient at working both as part of a team or individually through my experiences in coaching jobs.

“These different scenarios have also allowed me to be a good communicator and to respect fellow workers and to conduct myself in the appropriate manner when working with any team or individual.

“I like to know different cultures and I can adapt easily to other experiences of studies, work and life.”

The story of Leicester City in season 2015/16 may never be achieved by another club again for many years to come and young coach, Terrence O’Hara can well dream of a successful management career himself.