Tributes pour in for Paddy McIlvenny 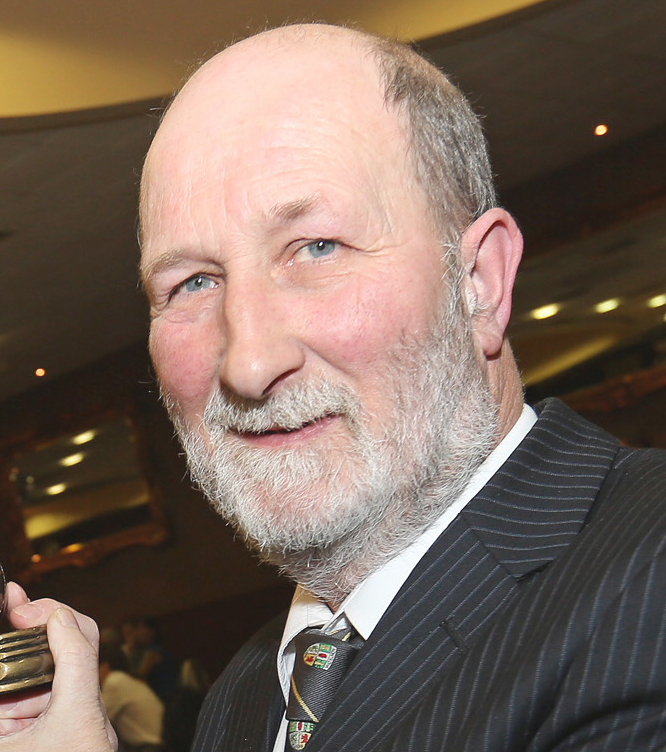 TRIBUTES have poured in from across the GAA community for Paddy McIlvenny who died from Covid-19 on Wednesday.

The 62-year-old Andersonstown man, known locally as 'Paddy Mac' was a former GAA player and administrator, while he was also a former bar manager of Casement Social Club.

Paddy began his GAA life with St Teresa's where he picked up an Antrim SFC medal in 1979 before switching to St Agnes' in the 1980s, helping the club's footballers reach Division One.

Following his playing career, he went onto serve on various committees where he undertook many roles including South Antrim secretary and assistant secretary with the Antrim County Board.

He was a familiar face at GAA games and previously behind the bar at Casement Social Club before moving onto the Hercules Bar on Castle Street.

His is survived by his mother Margaret, wife Christine, sons Martin and Stephen plus his daughter Carolyn.

"It is with great sadness we learn of the death Paddy Mc Illvenney," read a statement from Frank Caldwell from the South Antrim Board.

"Paddy played a huge role in administration as Antrim assistant secretary, South Antrim secretary; he was a former chairman of St Agnes GAC, and also manager of Casement Social Club.

"Paddy was also a formidable player having been part of the St Teresa's team that won the Senior Championship. Paddy moved to St Agnes' where he played until he stepped into the demanding administration roles which he carried out with great diligence, his very untimely death has shocked us all. Our thoughts and prayers are with his family and friends. May he rest in peace."

A statement from St Agnes' GAC said: "It is with great sadness that we learn of the death of Paddy McIlvenny following a short illness.

"Paddy ‘Mac’ as he was popularly known joined St Agnes GAC in the early '80s.

"Paddy, a formidable player, was part of a very good St Agnes’ team, of that era, who historically reached Division One of the All-County Football league.

"He went on to become club chairman and a trustee of the club. Other roles followed as South Antrim secretary and then assistant County secretary. He worked in Casement Social Club as a barman and progressed to become bar manager for many years.

"As a consequence of his varied roles he was therefore widely known throughout GAA circles and his passing certainly diminishes us all.

"Our deepest sympathy goes out to his wife, Christine, sons Martin, Stephen, daughter Carolyn, and his extended family."

Antrim senior football captain, Declan Lynch, added: "Absolutely gutted that Paddy McIlvenny has passed away. Can honestly say he was one of the nicest people I had the pleasure of knowing. Thoughts are with Paddy’s family at this tough time."