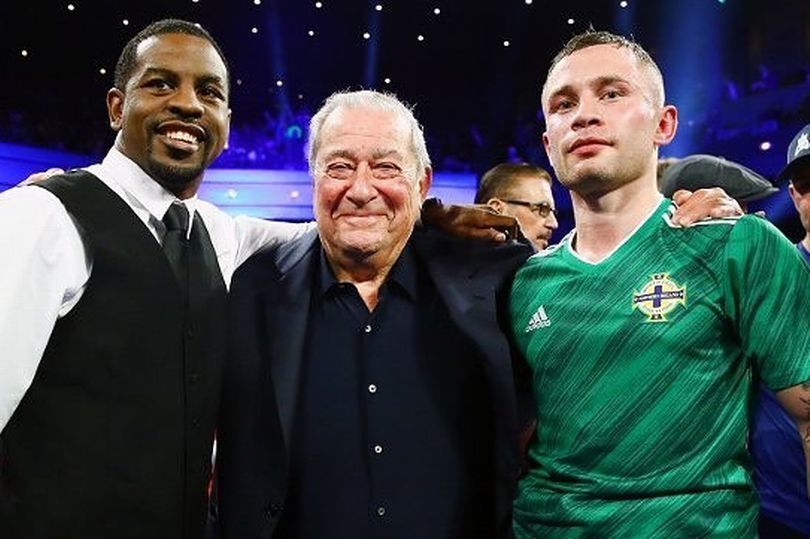 THE broadcast details have been confirmed for Carl Frampton's bid to become a three-weight world champion when he tangles with Jamel Herring for the WBO super-featherweight title in Dubai next Saturday, April 3.

There had been some concerns as to where local fight fans could tune into the bout as nothing had been announced on this side of the Atlantic.

During last Friday's British lightweight title fight between Maxi Hughes and Paul Hyland Jnr, broadcast on YouTube, it was revealed that IFL TV would beam all the action on Easter Saturday through their YouTube channel and this was officially confirmed this afternoon (Thursday). ESPN+ will carry the broadcast to boxing fans in the United States.

This will be followed by Frampton's quest to secure his legacy by becoming the first Irish fighter to claim world titles in three different weight divisions when he challenges New York's Herring in a fight that has been delayed on a number of occasions.

The pair were initially due to meet last summer in Belfast, but the Covid-19 pandemic saw the fight put on the back-burner.

It was rescheduled for February 27 of this year, but a hand injury sustained by 'The Jackal' in training prompted a further delay with the eagerly-anticipated dust-up moved from London to Dubai.

Initially, BT Sport were to broadcast the February date, but had made no indication they were to televise the rescheduled card next week, leaving many fans anxious as to how they could tune-in to support the Belfast favourite.

Those fears have been allayed and whilst the fight is not on a mainstream TV platform, the good news is that all of the action will be available to view with no subscription required.