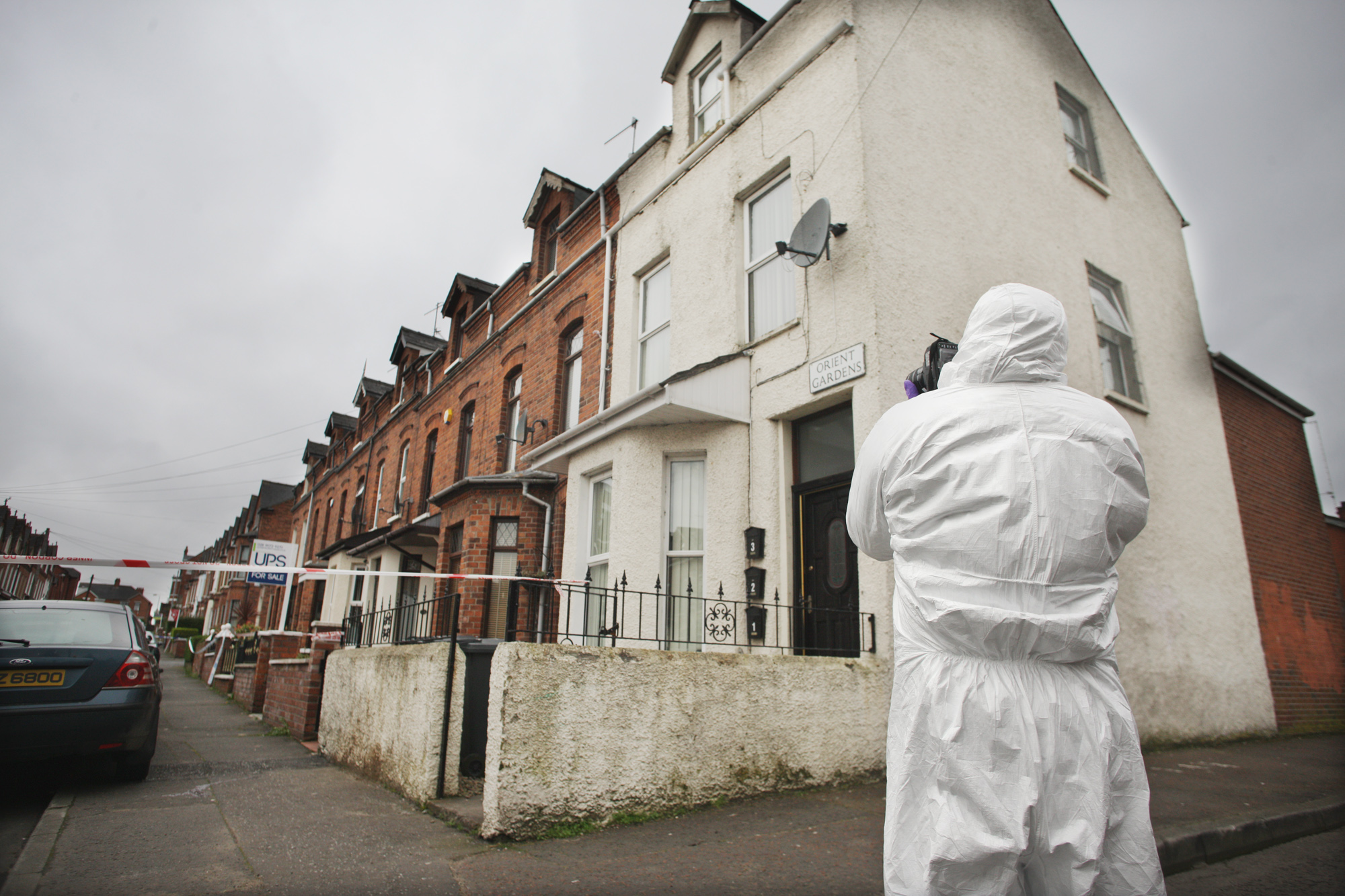 TWO men aged 26 and 28 have been arrested on suspicion of murder following the death of a man in North Belfast.

His body was found in Orient Gardens in the Cliftonville area last night (Wednesday).
Police have cordoned off the area and are conducting an investigation into the circumstances of the death.

Police said: “Detective Chief Inspector Eamonn Corrigan would appeal to anyone who was in the area of Orient Gardens last night between 7pm and 10pm and has any information that could assist police with their enquiries to contact Detectives on the non-emergency number 101 quoting reference 1380 18/04/18.

"Alternatively, information can also be provided to the independent charity Crimestoppers on 0800 555 111 which is 100% anonymous and gives people the power to speak up and stop Crime.”
Sinn Féin MLA Gerry Kelly said that the death had “shocked the local area”.

“While the circumstances of the man's death are unclear at this time, the PSNI have stated that they are treating the death as murder,” he said.

“I would appeal to anyone with information which may assist the police to bring it forward.”

The SDLP’s Nichola Mallon MLA offered her condolences to the man’s family.

“Shock and sadness across North Belfast at the death of a man and launch of a murder investigation by the PSNI,” she tweeted. “Our thoughts are with his family. If anyone saw anything in and around Orient Gardens yesterday evening, no matter how small, please contact the police.”