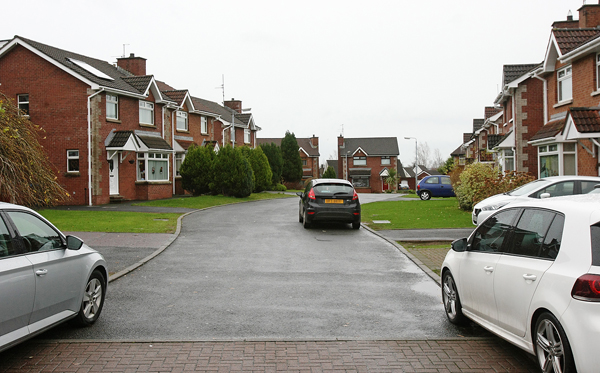 The scene of the aggravated robbery in Lagmore Drive

A political representative has described as “despicable” those who “terrorised” a West Belfast family during an aggravated robbery on their home.

Sinn Féin Councillor Danny Baker told Daily Belfast that a masked gang made up of three men,broke into the home in Lagmore Drive in the Colin area around 7.30pm on Monday evening. The men “ransacked the house” before stealing the family car, a blue BMW, which was abandoned a short time later in Dunmurry Lane. It is understood three young children were in the home at the time of the ordeal.

“This family has been put through a horrific ordeal,” said Cllr Baker.

“Family and friends have rallied around them. It is extremely worrying that this has taken place in what is a very quiet part of the Lagmore estate. The whole street is deeply shocked and this family have been left deeply traumatized.

“The community is shocked, angry that this family has been put through this and what makes it worse is that it is just one week before Christmas. I would appeal for anyone with any information to please come forward to the police.”