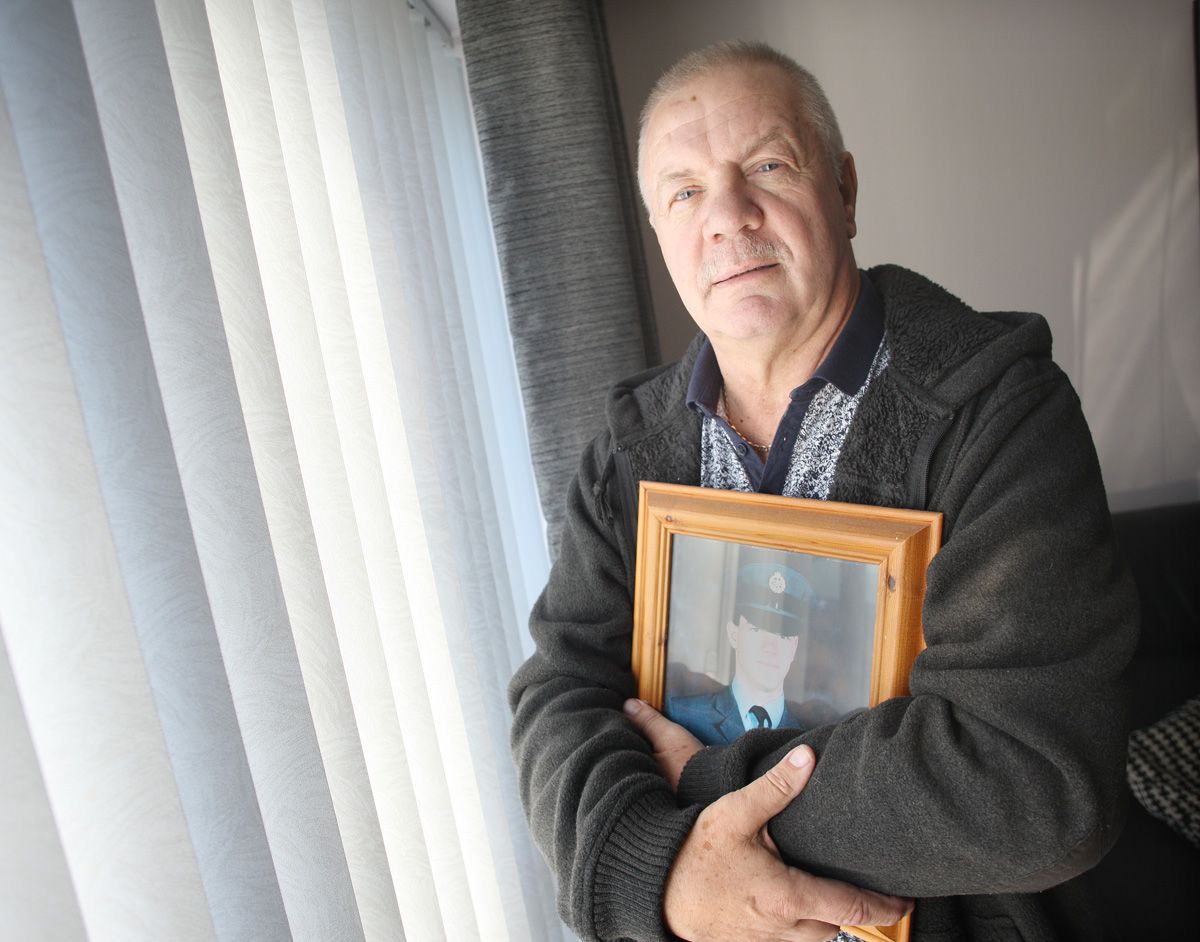 A VICTIMS' campaigner has hit out at the new Secretary of State after he rejected an invitation to attend a Belfast screening of a film about eight killings during the Troubles.

North Belfast man Raymond McCord's son, Raymond Jnr (22), was murdered by the UVF in 1997. Raymond's story is featured in a new film, 'The Victims' Stories' which will be screened at Queen's University on Thursday.

Secretary of State Chris Heaton-Harris was invited to watch the film along with relatives and supporters but his office responded by saying he could not attend as he will not be in the North on Thursday. Instead, he asked for a copy of the film to be sent to him "to be viewed privately in his own time".

It has since been confirmed that Lord Caine, a senior Conservative peer will be attending instead.

The film is part of a campaign against plans by the British government to end all prosecutions for killings that took place during the Troubles. Campaigners have said this amounts to an amnesty that closes the door on justice.

Speaking to the North Belfast News, Raymond said the Secretary of State's decline was "an insult to victims".

"I received an email from the new Secretary Of State for Northern Ireland. He said he was keen to see our film," he explained.

"I replied inviting him to come to Queen's to see if he was sincere and genuine to sit with the public and see and hear the truth.

"He then declined and wants me to send him a copy of the film so that he can watch it privately in his own time. What an insult to victims.

"We appreciate a government minister coming but at the end of the day, the Secretary of State is responsible for things here.

"The victims bill is one of the massive issues here at the moment. Every party is united in their opposition to it.

"Our victims' stories will be heard and seen by the world and we will also tell the world about how the Conservatives intend to pass a law that gives terrorists and murderers more human rights than the families of the 3,700 men, women, and children they murdered by abolishing truth and justice for the murdered ones with amnesties for the killers."

'The Victims Stories' will be screened in the Peter Froggatt Centre at Queen's University on Thursday (September 29) at 5pm. Tickets are free and are available from EventBrite here.