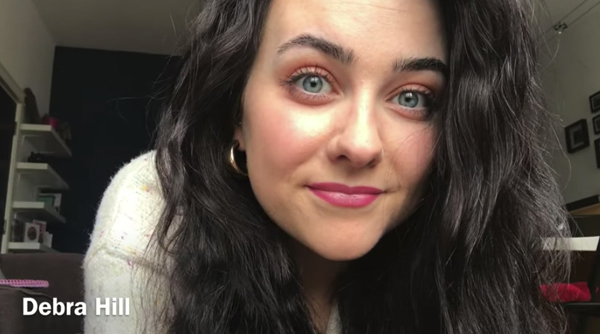 Actress Debra Hill was the brainchild behind the initiative

With theatres closed and work dried up for the present time, some of the North’s best known actors – including many familiar faces from the Belfast arts scene – have come together to release a video to show support for one another during these unprecedented times.

The idea was the brainchild of Andersonstown actress Debra Hill who approached our local actors asking them to send her a clip of the last line they uttered on stage before the lockdown.

“The response was great and I got about 70 clips from actors from all over Northern Ireland,” said Debra. “I piled them altogether and put on Youtube in order to give those in the creative industry and audiences here a little smile to see their fellow artists.

“I thought it was important for us to see each other's faces, to smile and remember that the theatre ghost lights are still shining and that we will be back better than ever.”

Debra said that everyone – including the arts community – are dealing with the current situation in the best way that they can.

“We can't beat ourselves down for not being productive or motivated at the moment,” she added.

“I just reached out to my fellow artists on Facebook and the response of clips I received was overwhelming. We as an arts community here are very banded together and with many of us out of work at this present time, the struggle to be funded is weighing heavy on many of our minds. We hope wider support will come in for us.”