After much trailing, the Orange gets its coat 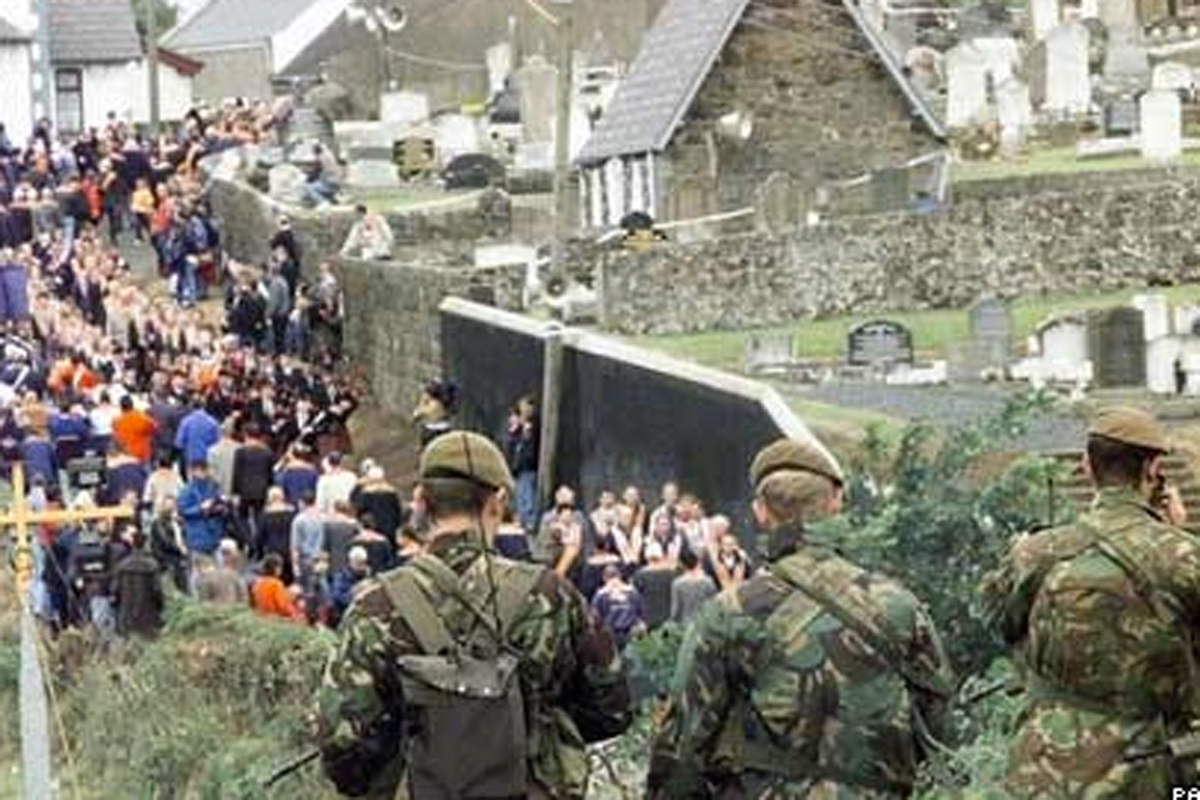 Monks in medieval times used to keep a skull sitting on their desk so they’d have a daily reminder of their own mortality.  The Orange Order don’t have any official equivalent, as far as I know, which is a pity. Latest reminder of where they’re headed comes in the form of Danny Kennedy’s decision to duck out of the Ulster Unionist leadership contest. With Tom Elliott trudging off-stage and John McCallister and Mike Nesbitt the only two candidates for the job,  there’ll soon be no unionist leader who is an Orangeman. Not Peter Robinson, not Jim Allister, not nobody. Danny Kennedy, a big man in Orangeism, was asked what importance he attached to  all this. His answer: “I don’t think it’s relevant.”

Good word for it, Danny: irrelevant. At one time it was a total must for any unionist leader, or even ambitious young unionist politician, to belong to the Orange Order. All of the Stormont Prime Ministers from 1921 to 1972 were Orangemen. Some embraced the Order with a will; others, like Terence O’Neill,  put a clothes-peg on their nose as they slipped on the sash each Twelfth. But whether you felt pride or disdain, Orange membership was your ticket to the unionist dance. No ticket, no dance.

O tempora, o mores –  what days those were!  Back then the Orange Order had enormous clout. It claimed 100,000 members. It had what looked like an inextricable link with power unionism. But slowly, then faster and faster, change came.  The 100,000 became 85,000, then 65,000. By the early 1990s even that looked optimistic. Ironically, it was Joel Patton, the leader of the Spirit of Drumcree, who urged the Order to come clean about the numbers. In 2006 Orangeman the Rev Brian Kennaway obliged and revealed that they were down to 30,000.

Desperate, the Order came up with the Orangefest thing. It was all just a big, inclusive, modern day out, the Twelfth. Cartoon figure Diamond Dan was created – named after the Battle of the Diamond in 1795 and the organisation’s pub-owning founding father, Dan Winters. But Diamond Dan didn’t own a pub. As the Order’s Education Officer David Scott explained: “Diamond Dan will be the kind of person who offers his seat on a crowded bus to an elderly lady. He won’t drop litter and he will be keen on recycling.” But not even Diamond Dan’s heroic efforts could halt the decline and the once-muscular force is today sadly shrunken. Word is that the Belfast Grand Orange Lodge will host a parade past Belfast City Hall in May of this year to celebrate the signing of the Ulster Covenant, and another in September to celebrate, um, the signing of the Ulster Covenant. But grabbing at the coat-tails of history is a serious step-down from the Golden Age when you could coat-trail at will.

What happened to the Order? A lot of things, but in particular Drumcree. That siege attracted the public support of such good-living Christians as Johnny Adair and Billy Wright, and the swagger of them and their supporters sent  thousands of  traditional Order members scrabbling for pen and paper to send in their resignations. Worse still, the core principle involved at Drumcree –  that the Orange Order could march where it wanted – was stopped in its tracks. On March 11 this year, the 5,000th day of the Drumcree protest passed. How come you hadn’t noticed?  District Master Darryl Hewitt explained that the occasion was kept low-profile “as it was on a Sunday”. Yeah, right, Darryl.

My guess is that unionist leaders today are happy to slip this half-dead albatross from around their necks. There’ll be all sorts of baton-twirling and approving noises made as the Order marches past Belfast City Hall this May and September as the Ulster Covenant is commemorated. The Twelfth will bring its usual heightened moments of bigotry. But most unionists know the Orange card has become so thumb-marked and chewed-on and urinated-over, it’s best to say ‘Pass’. Meanwhile, with never a thought for  its mortality the Order thunders on, marching on shrunken limbs towards the scrapyard of history.