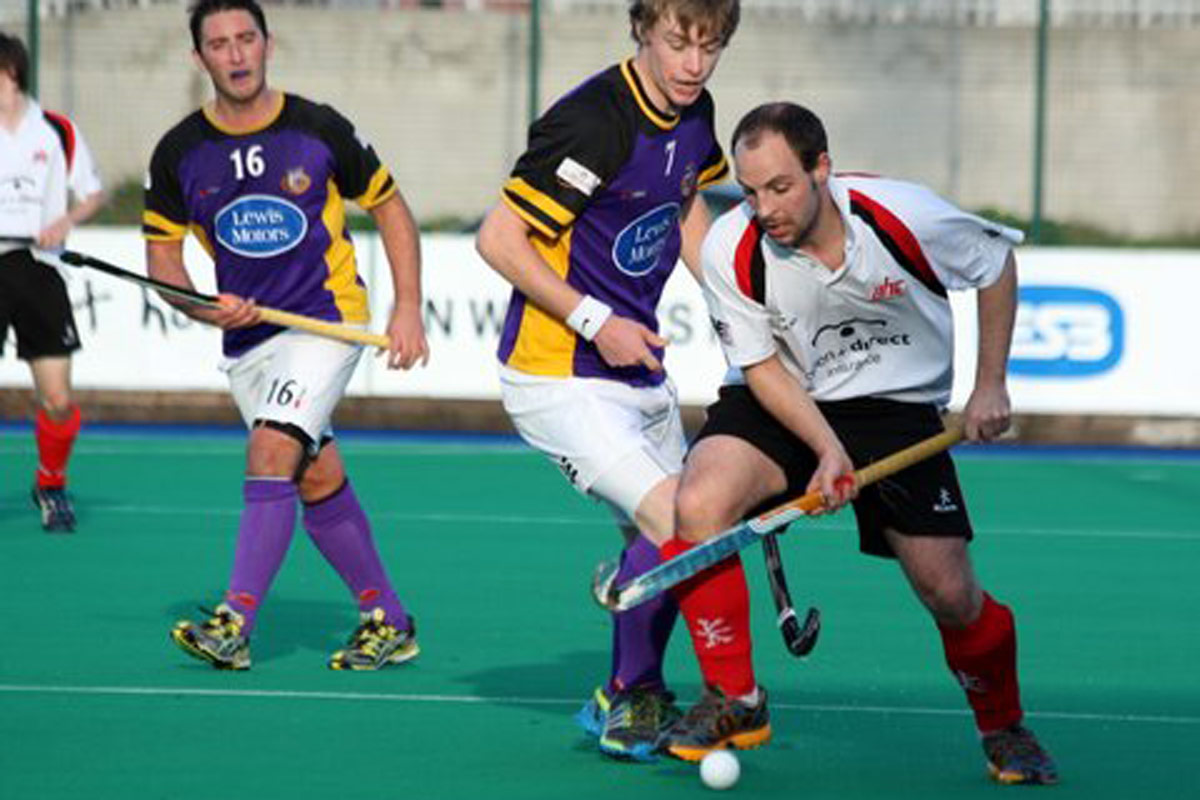 This time it was away to top Leinster team Pembroke Wanderers in the Irish Hockey League.

Having gone down disappointingly last week to Dublin YMCA, it was going to take a supreme effort to get back into the competition, especially against a team with the pedigree of Pembroke.

They produced the defensive performance of the season to pull off one of the shocks of the day.

In glorious sunshine, the first quarter saw both teams probe each other, with Annadale probably shaving the possession, but a terrible mistake by Neil Hamilton, failing to cut out a long up field ball, allowed Mark Elliot in to slot the ball past Johnny Moore and give the home side the opener.

In the second quarter Annadale were keen to redress the balance and, at the end of a fantastic run by Fraser Mills, they won a penalty corner.

David Williamson saved the initial effort from Neil Hamilton, but Andrew Williamson was on hand to drive home the rebound for 1-1.

Annadale won another two penalty corners in this period of play but Williamson parried both and he pulled off a great save from Mills who at the end of another foray down the right wing attempted to lift the ball over the advancing keeper.

The half finished with a chance for Pembroke when Karl Lynch sent a reverse stick shot over the bar.

The third quarter saw Annadale in the ascendancy. Williamson had to save shots from Peter Caruth, Peter Purcell and Fraser Mills and in the 47th minute Annadale were awarded a penalty stroke when the ball struck a defender’s foot on the line.

Neil Hamilton nestled the ball in the bottom corner to put Annadale ahead for the first time at 1-2.

Pembroke now opened up in an attempt to pull themselves back but Annadale held out to the end of the third quarter.

The fourth and last quarter was probably one of the most exciting periods of hockey witnessed this season.

Pembroke were throwing everything at the Annadale defence but David Smyth, Neil Hamilton, Gareth Kidd and James Cox were soaking it up like a sponge and setting off counter attacks.

Fraser Mills, Tizian Peukert and Michael Robson all had shots saved by Williamson and he also kept out another two penalty corners from Neil Hamilton.

In the 64th minute the home team were thrown a lifeline.

Against the run of play, Pembroke got a penalty stroke when the ball struck Hamilton’s foot on the line.

Set piece expert Alan Southern stepped up to convert and brought the teams level at 2-2.

Annadale, feeling hard done by, were determined to get a positive result from the game and their superior pace told in the final five minutes.

Fraser Mills and Peter Caruth both missed gilt edged chances but their partnership up front produced two goals in as many final minutes.

Annadale are on the road again this coming weekend when they travel to Cork Harlequins for their game in the second round of the Irish Cup.

A performance of the magnitude similar to the Pembroke display should see them progress into the quarter-finals.