Antrim Hurling Championships: Penultimate round of group games in the Intermediate grade 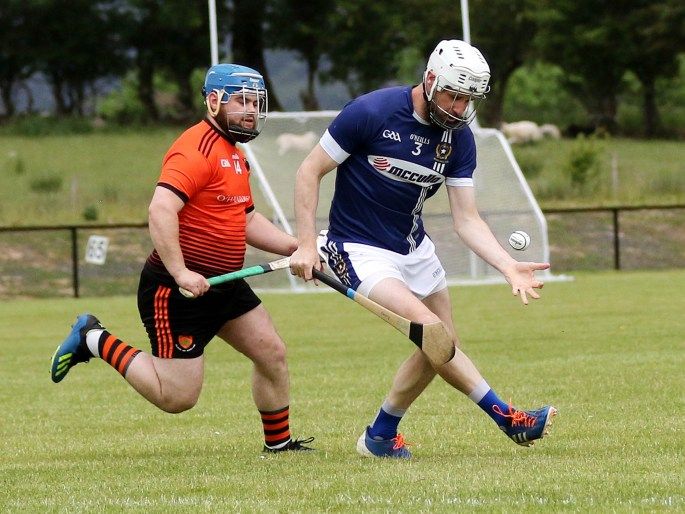 IT is the penultimate round of games in the Antridersonstown Social Club Antrim Intermediate Hurling Championship this evening (Wednesday) with the semi-final picture set to become a little clearer (all throw-in at 6.45pm).

In Group One, St Gall's will know there is no room for error if they hope to give themselves a chance of finishing in the top two when they host an Armoy team that has lost all three games and are very much now out of the running.

The city side kept their hopes alive with 3-17 to 1-15 victory over Gort na Móna on Sunday that leaves them just one point outside the semi-final places and another win on home turf will keep them very much in the hunt going into Sunday's final round of games.

Leading the way is Clooney Gales who were forced to settle for a draw on Sunday against Glenariffe, and the Ahoghill side can all but wrap up their place in the last four should they claim the points away to a Carey side that has won both its games, but along with Gort na Móna, has played one less after their opening fixture was postponed.

The Gorts face a difficult trip to Glenariffe knowing they are all but eliminated having lost their two games.

Both teams have won their opening two games, so the winner will have one foot in the semi-finals ahead of Sunday's final series of games.

Sitting just outside the top two is a Satsfield's team that has recovered well from losing to Creggan in the opening round and they are on the road at Cloughmills who have lost all three games and who have no prospect of advancing.

This five-team group also contains St Paul's who have a bye this evening, but the Shaw's Road club could find themselves eliminated by full-tie this evening depending on how the results play out.