As you were at the top of the league 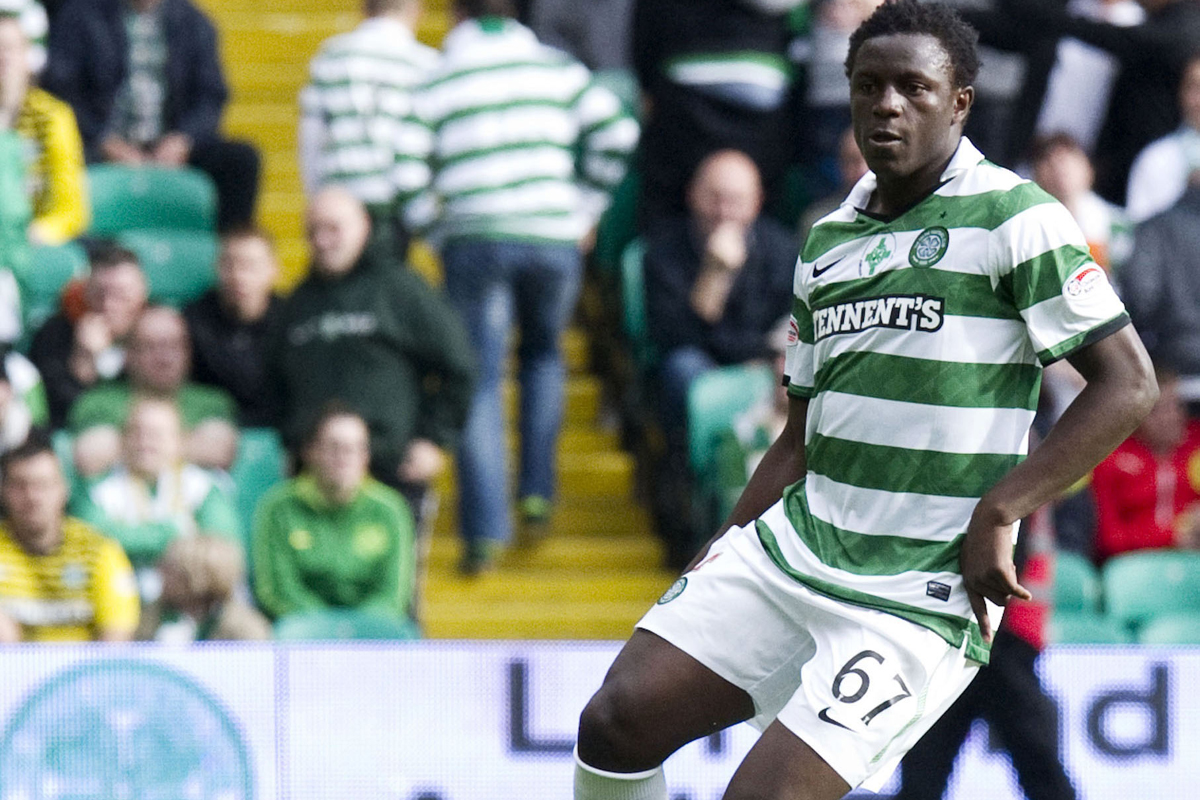 Last weekend’s round of games saw both main Glasgow clubs pitted against their Edinburgh counterparts with Rangers travelling to Easter Road in the early kick-off before Celtic welcomed Hearts to Parkhead a few hours later.

Neither capital club went into their respective games in particularly good form with both struggling for wins and points over the last month or so but they do tend to raise their game when faced with Celtic or Rangers, so there was certainly a chance that the four point gap at the top of the SPL could have been altered by 5pm on Saturday.

Rangers did their bit by securing a 2-0 win over Hibs earlier in the day, although it did take a rashly conceded penalty for them to open the scoring.

Up to that point they had struggled to create any real chances against a well-drilled defence playing at home for the first time in front of their new Irish manager Pat Fenlon.

He will not have been amused by Michael Hart’s ungainly grappling with Rangers’ Lee Wallace in the penalty area which threw the away side a lifeline and allowed them to grab a lead which they never looked like getting on their own.

Nikica Jelavic’s second goal was of no real consequence to the final score line as the damage was already done by then.

That put the Celts’ points deficit back up to seven so the pressure was on them to record a win of their own over Hearts later that afternoon.

Paulo Sergio’s men were the last side to beat Celtic in early October so there was also a bit of revenge to be had although in truth the SPL points were far more important than getting one over on the Tynecastle outfit.

It was pretty low-key stuff for most of the match although it was Celtic who carved out the bulk of the goal-scoring opportunities.

The first period did little to warm up the almost 50,000 strong crowd with Gary Hooper’s incredible miss after half an hour the only real talking point before the interval.

Hearts had only won one of their previous six matches and had still to be paid their wages for November but just as they normally do against the Hoops they raised their game and played as if their lives depended on it.

For most of the match their packed midfield and exhausting work-rate looked as though it would deprive the Bhoys of all three points and for them that would have been job done.

Victor Wanyama picked the perfect moment in which to score his first Celtic goal however and it was a strike worthy of winning any match.

His defensive prowess and on-field maturity have been discussed at length but his shooting is normally more of a danger to those seated in the 10 rows above and either side of the goal but on this occasion his aim was perfect as the ball whistled into the postage stamp top corner.

From one unlikely hero to another in the dying stages of the game as Hearts were handed a controversial penalty and with it the chance to ensure Celtic’s five match SPL winning run would be brought to a sudden end.  Referee Calum Murray gave the spot kick for a handball by Wanyama but the flight of the ball strongly suggested that it had come off the attacker’s head and that the Celtic defender’s arm was only being used for leverage.

Nevertheless the decision went in the favour of the away side and as Eggert Jonsson stepped up to take the kick the Celtic support held its collective breath fully expecting to fall further behind Rangers in the championship race.

It is fair to say that Fraser Forster has failed to convince a fair percentage of the Bhoys fan base but his full-length dive to tip away the shot will have gone some way in persuading a few of them that he is a goalkeeper of some talent and, given his age, has the potential to make the Celtic jersey his own for years to come.

at Parkhead. Forster’s save meant that justice was done as the award was flawed in the first instance and in truth the Hoops deserved nothing less than all three points for their efforts on the day.

There are those who may have some sympathy for Hearts and their plight but I for one would not be among them.

They added nothing to Saturday’s match except for a number of brutal challenges on a number of Celtic players, especially young Forrest, and anything which happens to them over the remainder of the season will be well deserved.

On current form Celtic should win both of their next two games, at St Johnstone this Sunday and then at home to Kilmarnock on Christmas Eve.

Rangers also have two winnable matches on paper so things should be set up nicely for the derby game at Celtic Park on the 28th of this month.

The Bhoys should go into that fixture knowing that a win would cut the gap at the top to a single point to all but complete the task of bridging what some had called an unassailable deficit at the top of the table.

To be honest I never thought of the gap in those terms but I did feel that it would take well into the New Year before the Hoops could get within proper striking distance of their Glasgow rivals.

I always felt that the transfer window dealings from both clubs would have a major say in the destination of the title and that will still probably be the case but Celtic have cut Rangers’ lead a little bit quicker than I’m sure even they expected.

The fact that Lennon will strengthen in January while Rangers look certain to lose players makes me all the more convinced that Celtic will turn things round comfortably in the second half of the season.

Rangers will struggle to hold onto Jelavic, their one main sellable asset while at Celtic rumours persist that one or two English clubs are about to bid for Beram Kayal now that he is at last showing a return to the form of last season.

Realistically the Celts could probably afford to lose the Israeli midfielder if the price was right as they are well served in midfield but the same could not be said about Rangers and Jelavic, especially after Naismith’s season-ending injury.

His scoring record over the last few months, even though he appears off-form, has been excellent and without  Jelavic’s goals the Ibrox club would have dropped many more points during that period.

They will be desperate to hold on to him but finances may well dictate otherwise and his departure will only help the Celts’ cause in finally wresting the SPL trophy away from their bitter rivals and back to Celtic Park.

The Bhoys’ European escapades should be brought to a conclusion for another year tonight with only a win at Udinese enough to see them through to the knock-out stages of the Europa League.

From defeat to Sion, then reinstatement, numerous appeals from the Swiss club and this week a 15,000 euro fine for illicit chanting which stains the fans’ previously unblemished reputation, the competition has been a bit of a pantomime, and that’s without even mentioning anything that happened on the pitch.

I won’t be sorry to see the back of it. Tickety-Bhoy!