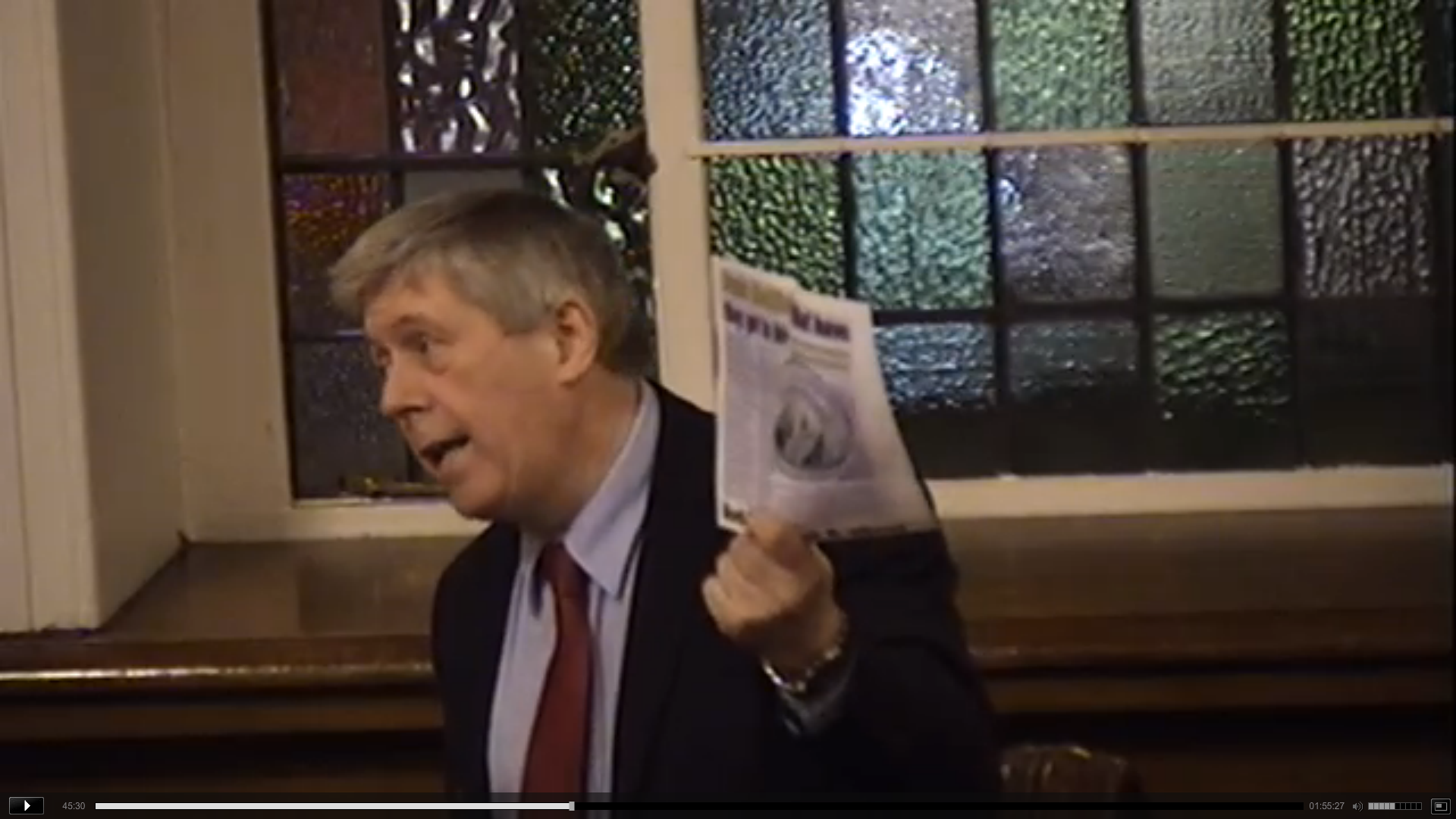 Councillor Brian Heading (SDLP) looked incensed as he waved a publication circulating in North Belfast which he claimed “calls into question my integrity”.

Cllr Heading was referring to the Alliance Party’s Clarion newsletter, which was circulated to homes over the weekend. He took issue with an article written by Assembly hopeful Nuala McAllister headlined ‘What have they got to hide?’ accompanied by a graphic of a jar full of banknotes.

Although not named in the article, Mr Heading said that he believed it was pointed towards him and party colleague Kate Mullan, both members of the Council’s Planning Committee, who opposed audio recordings of meetings being made available to the public.

However, calls from the DUP benches of “outrageous” and “disgraceful” in support of Mr Heading’s claim failed to spark a fiery debate. Lord Mayor Arder Carson stopped Mr Heading in his tracks, stating that he did not believe Council was the correct avenue to address the complaint until the full facts could be assessed.

It was, however, agreed that the complaint would be taken up by Chief Executive Suzanne Wylie.

The success of the ‘People’s Champion’ Carl Frampton in Manchester at the weekend is to be recognised in a city centre celebration, if a proposal by Deputy Mayor Guy Spence is approved. In an unusual step, Council agreed to pass final decision-making power over to the Strategic, Policy and Resource Committee, to speed up the process.

Belfast City Council is to consider publishing a register of members’ interests on its website after a proposal by Alliance Cllr Paula Bradshaw. The Council currently holds a copy of the register for its councillors in City Hall but it is only available to view for the public by appointment. The decision was referred to committee for discussion.

Another issue of transparency, raised in a motion by the Green Party’s Councillor Ross Brown, caused a bit of a stir. He called for Secretary of State Theresa Villiers to lift a ban on publishing donations made to political parties in place since January 2014. The SDLP raised concerns about security concerns for party donors if such information was readily available.

An SDLP amendment was supported by the DUP and UUP but was defeated 27 to 20 and will now go for consideration by committee.

People Before Profit’s Councillor Gerry Carroll proposed a living wage for NHS staff in the north. He argued for £7.78 per hour, a call that baffled some DUP members, who said that Chancellor of the Exchequer George Osborne had already passed government policy for a national living wage of £9.20.