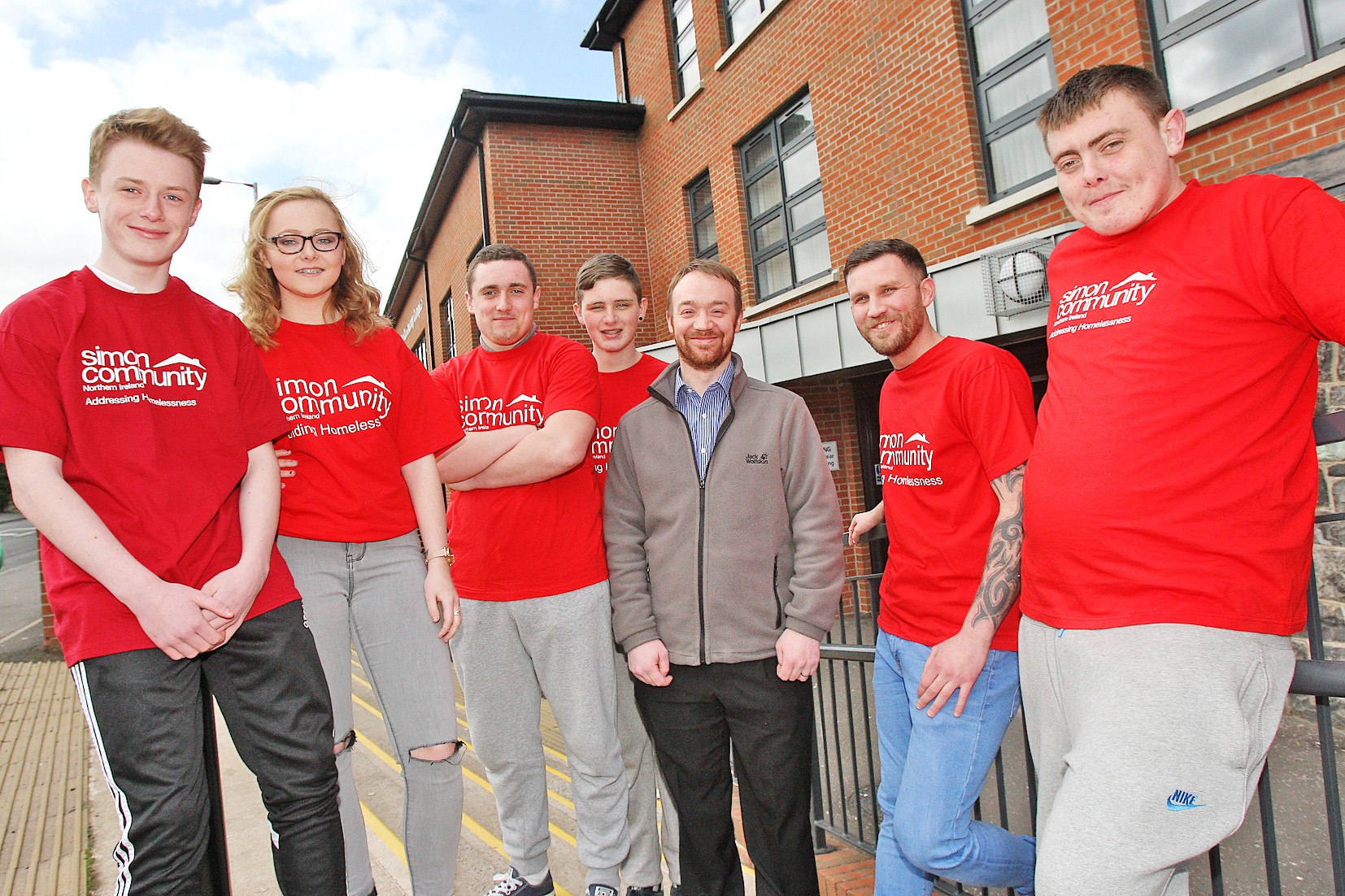 SEVERAL young people from a Belfast based community group have teamed up with the Simon Community to offer a hand and do what they can to help the homeless.

Members of West Belfast-based Glen Community Youth Group have launched a “clothes drive” to collect any items of new or rarely worn clothes that will be distributed by the Simon Community and given to the homeless on the streets or in nearby hostels.

Glen Parents Youth Worker Robert Sands contacted the Simon Community’s Kelan McClelland who came out to speak with the local young people about ways they could assist the homeless in Belfast following the recent deaths of a number of homeless men and women in the city centre.

“The young people are also doing a sponsored event to raise funds to purchase new toiletries,” explained Robert, “we also want to provide underwear, socks which will all be given to the Simon Community who will then distribute to the homeless. We are hoping that local chemists and businesses will also contribute to the campaign which our young children have really got behind.”

To contribute to the Glen Parent help the homeless campaign, contact Robert Sands at the Glen Community Complex on 02890 585544