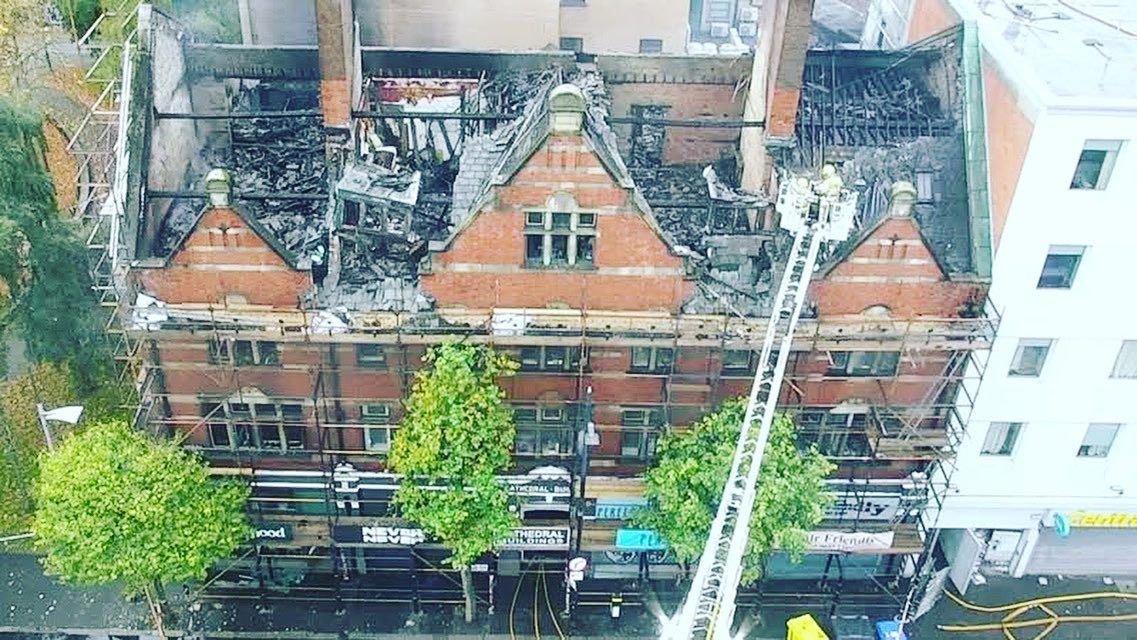 The Buddhist community of Belfast has been left "devastated" after their premises was destroyed in Monday's fire in the Old Cathedral Buildings.

In the early hours of Monday, more than 50 firefighters tackled the blaze, which was reported shortly after 5.30am.

Speaking to Belfast Media, Myogan Djinn Gallagher, resident priest and teacher at the Black Mountain Zen Centre said that there is nothing left of their two rooms in the building.

"We were situated on the first floor above the café," she said.

"The damage seems to have devastated our two rooms. A Fire Officer told me there was nothing left in our room.

"I could see the windows were broken and I googled the temperature that destroys glass and it is pretty much off the charts. Most of what we had in the room were items like fabric, paper, meditation cushions, wooden stools, bells and statues. None of that would have stood a chance. It was a really lovely space. Part of our mission was creating a space of refuge and calm for people in Belfast. It is a devastating loss."

Djinn said they are already on the lookout for a new premises and will maintain an online presence in the meantime.

"During lockdown, we kept the space and created an online presence. We had meetings and talks every day to keep things going," she added.

"We only re-opened in person in July. We still have online to fall back on.

"This was a project for Belfast. I came here from California nearly six years ago to try and teach people how meditation can help with PTSD, anxiety, addiction and mental health issues.

"We are looking already for a new premises. We will keep going online in the meantime."

A Go Fund Me page has been set up to support Black Mountain Zen Centre. You can donate here.