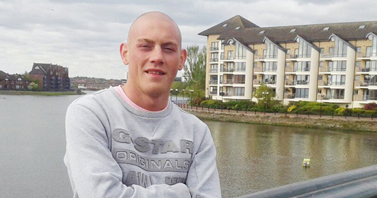 A MAN whose body was found in the boot of a car in South Belfast had been stabbed 200 times, Belfast court has been told.
23-year-old Belfast man Kyle Neil, a resident of Bangor at the time of his death, was killed during a furious row after a party in Comber, County Down, in April 2015.
Wesley Harry Vance (28) has pleaded guilty to the murder of Mr Neil and his then girlfriend, Stephanie Todd (26), has admitted obstructing the investigation of the murder.
Downpatrick Crown Court, sitting in Belfast, was told grim details of the killing of Mr Neil during a sentencing hearing on Tuesday.
Mr Justice Colton heard that a party had been held at Vance’s home in Church Gate Studios, Comber. After the other guests had left, the two men were left in the apartment while Todd slept in another room.
Both men were drunk when an altercation erupted during which the victim was repeatedly stabbed. The court was told Mr Neil suffered 50 knife wounds to the head, 64 to the chest and 52 to the back, trunk and neck.
Vance took the lifeless body of Mr Neil, wrapped it in a blanket and carried it downstairs to the boot of his car. With the body in the boot, he drove to the nearby Island Hill Nature Reserve where he dumped a phone which he wrongly believed belonged to the dead man. The phone actually belonged to Vance’s girlfriend, Stephanie Todd.
Vance then returned to the Comber flat and awoke Todd, who looked for her phone but couldn’t find it. The pair then got back in the car and drove to Windsor Avenue in South Belfast, where Todd’s mother lived. Her mother called police, who arrived to find a bloody knife in the front of the car and the body of Kyle Neil in the boot. At the flat in Comber, a pair of bloodstained scissors was found in a wastebin.
Defence counsel submitted that Vance had been acting in self-defence and the killing was near the border between manslaughter and murder. Counsel saud Vance admitted to losing control in the flat, but said that at the outbreak of the altercation he believed he had been defending himself.
Vance believed it was a case of “his life or my life”. This, it was argued, was “an overreaction in self-defence”.
It’s thought Vance and Todd will be handed their sentences early next week.