Boxers going the distance in the fight for wellbeing 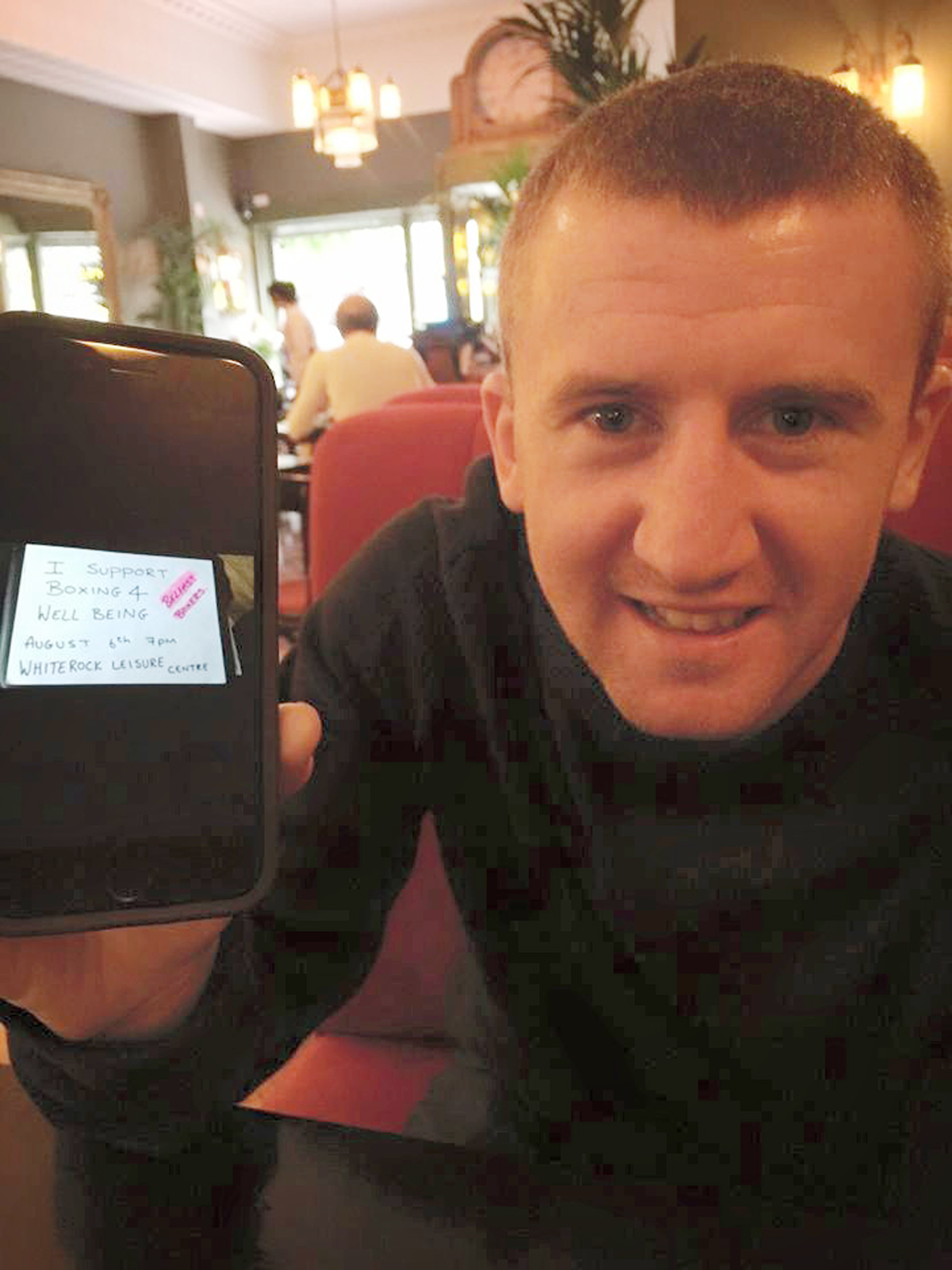 A group of amateur boxers from across Belfast are aiming to land a massive blow in the battle to raise awareness of suicide and mental health issues.

North Belfast’s Star ABC and West Belfast’s Gleann ABC have teamed up to put together a Boxing for Wellbeing fight night which they are hoping will raise the profile of the ongoing campaign to tackle mental health among the young.

The free-to-attend amateur boxing showcase has been billed as part of this year’s Féile an Phobail and will take place in Whiterock Leisure Centre on August 6.

Twenty amateur boxing bouts on the night will pit some of the best talent in North Belfast against their counterparts in the West with all proceeds going towards financially struggling suicide awareness groups, facilities and agencies in both corners of the city.

If successful the showcase could become an annual feature of the popular West Belfast Festival.

Joe Donnelly of Star ABC, founder of North Belfast-based Tackling Awareness Mental Health Issues (TAMHI), said: “With the help of the boxing family, these suicide awareness groups, youth organisations and you the young people, we can help show anyone in need of help that we will support them, there is always someone to talk to and there is always help should it be needed.

“No-one needs to stay quiet or alone on these issues. Through this boxing event we would like to raise much needed funds, raise awareness of the help that is there, give our young people a chance to see their friends, peers and family box in support of giving youth a chance.”

The event has already received widespread support from within the boxing community and a social media campaign where supporters hold up a sign saying ‘I support boxing 4 wellbeing’ has been endorsed by boxers from all over Ulster and Antrim including Ireland Olympic team members Paddy Barnes, Michael Conlan and Sean McComb.

Cubb McCullough of Gleann ABC said: “As well as the boxing we have invited youth, mental health and suicide awareness groups to set up stalls in the main event hall to raise awareness and provide much needed information to our young people and to raise vital funds for these groups.”

The two clubs are now seeking support from local businesses, organisation or individuals to help with a financial donation to sponsor a fight, trophies, boxing kits, venue hire or anything else.

“Let's make this event massive and give young people hope and a shoulder to lean on, added Joe. “I would like to thank anyone in advance who can help out in any way towards this event. This unique night will be greatly covered in all the local media, press, TV and radio as well as social media and all monies raised through sponsorship will go directly to L.O.S.T. North Belfast and to Suicide Awareness and Support in West Belfast.”