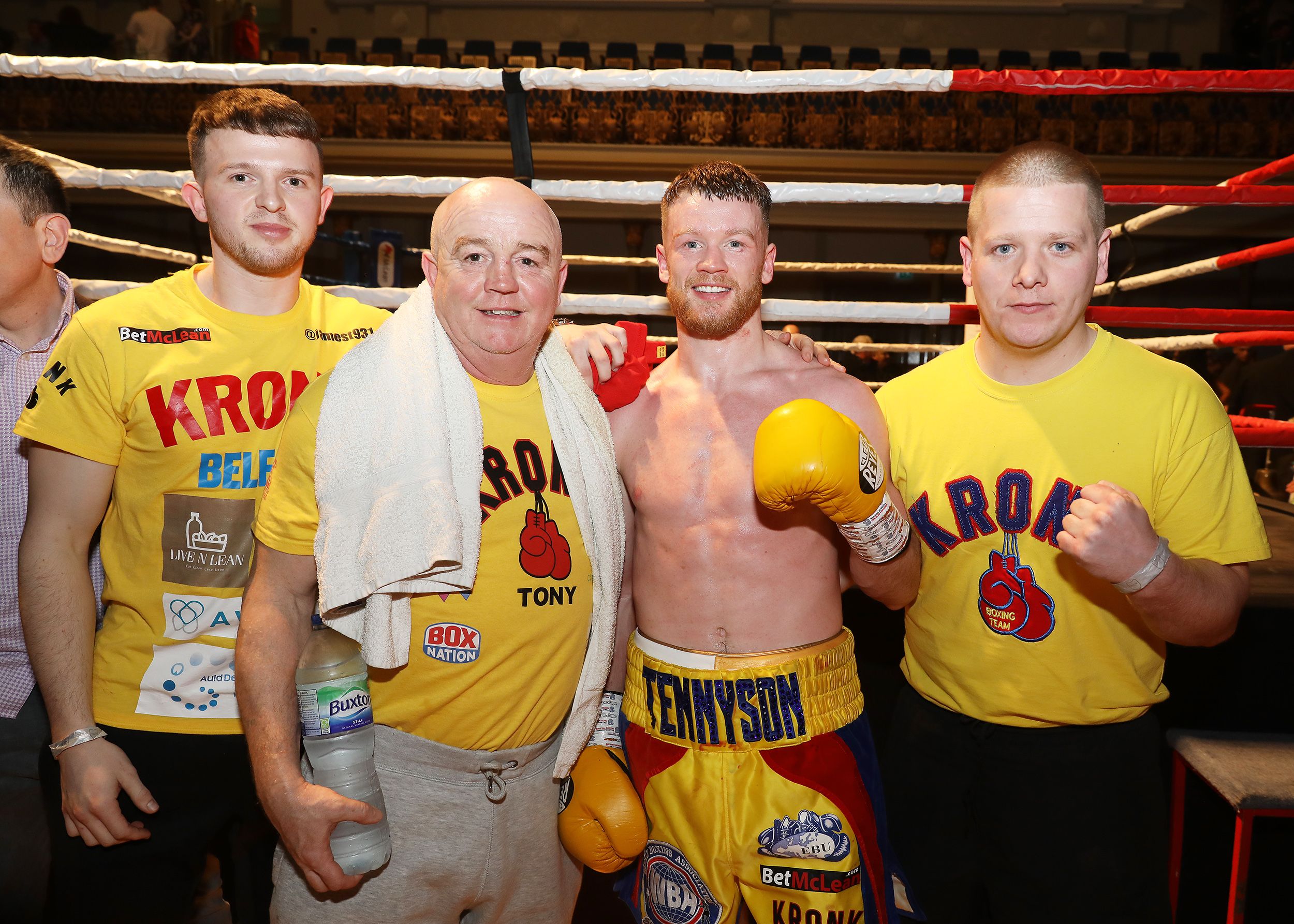 HE may be prepared and conditioned for 12 tough rounds on Saturday, but James Tennyson's trainer Tony Dunlop is predicting his man will settle the argument against Jovanni Straffon within seven.

'The Assassin' has always been noted for his punching power and with of 24 out of his 28 career victories coming inside the distance, there can be little doubt the West Belfast man has always carried dynamite in his fists.

After making his debut just two days after his 19th birthday, Tennyson has matured not just as a fighter, but physically, as he grew out of the featherweight and super-featherweight divisions.

Since moving to lightweight, he seems to have found his natural home and six stoppage wins in as many fights supports this view and his all-action style has finally won the admirers it deserves.

Tennyson will be aiming to claim the vacant IBO lightweight belt in Manchester on Saturday against Straffon who stepped in when former three-division world champion Ricky Burns withdrew from a planned showdown with the Belfast man, so all of the boxes have been ticked in camp and Dunlop expects Tennyson will raise the bar once again.

"Somebody asked about taking the knockout for granted because he's knocked his last six opponents out, but for every one of those fights, James trained for 12 rounds and he's ready for 12 rounds on Saturday," said the Belfast Kronk trainer.

"He's been congratulated after his last six wins but after each, I've always said: 'wait until you see the next one' because in every fight he is improving.

"He is well prepared for this fight. This Mexican comes forward into the mixing machine and he's tough, but he won't be tough enough. He (Tennyson) is in the best condition he's ever been in so I'm predicting a knockout in about seven rounds."

Humble outside the ring and likewise in his approach to the sport, Dunlop says Tennyson is a dream to work with as the 27-year-old is never found wanting when it comes to the hard years.

After previous defeats, he and his fighter have shrugged off the disappointments by vowing to absorb the lessons and improve.

They have done just that with Dunlop reporting that Tennyson has not got carried away by recent victories or the praise that has come his way, but instead is always keen to get back to the gym to learn and improve further as he goes in search of dominating a division that contains some of the sport's biggest names.

"James has been training the whole year round for the last three years," he confirmed.

"After a fight, he would take about five days off. Nobody is in better condition than James Tennyson as I never have to chase after him or tell him to do anything.

"He knows exactly what he has to do and I'm just there in the background because he doesn't short-change himself. He gives everything 100 per cent, knows what's at stake because he's been in this game since he was seven years of age and it's always been an ambition to win a world title."

Tennyson is an all-action and no mouth type of fighter and while that unassuming nature outside of the ring won't turn him into a YouTube novelty act, it will prompt boxing fans to tune in on Saturday to watch a man who has been dubbed the 'Irish Golovkin' by his promoter, Eddie Hearn.

Manager, Mark Dunlop (no relation to Tony) believes scoring yet another thrilling win on Saturday will open doors to the top names in the division and some huge fights down the line.

"We don't know what James Tennyson is fighting on Saturday night, but we'll soon find out," he said.

"We believe he's a class above all of these lightweights and saw (Jorge) Linares ripped from under him with Devin Haney getting that fight.

"James Tennyson is 27 years of age, fresh as a daisy and as he says himself, he's learning very fight. This kid has worked his socks off and he may not be a mouthpiece in talking about what he's going to do, but what he does in the ring is what he's getting paid for and what makes people tune into watch.

"They want to see action, not somebody running to nick a fight because they are in the home corner so you are going to see a really exciting fight on Saturday."