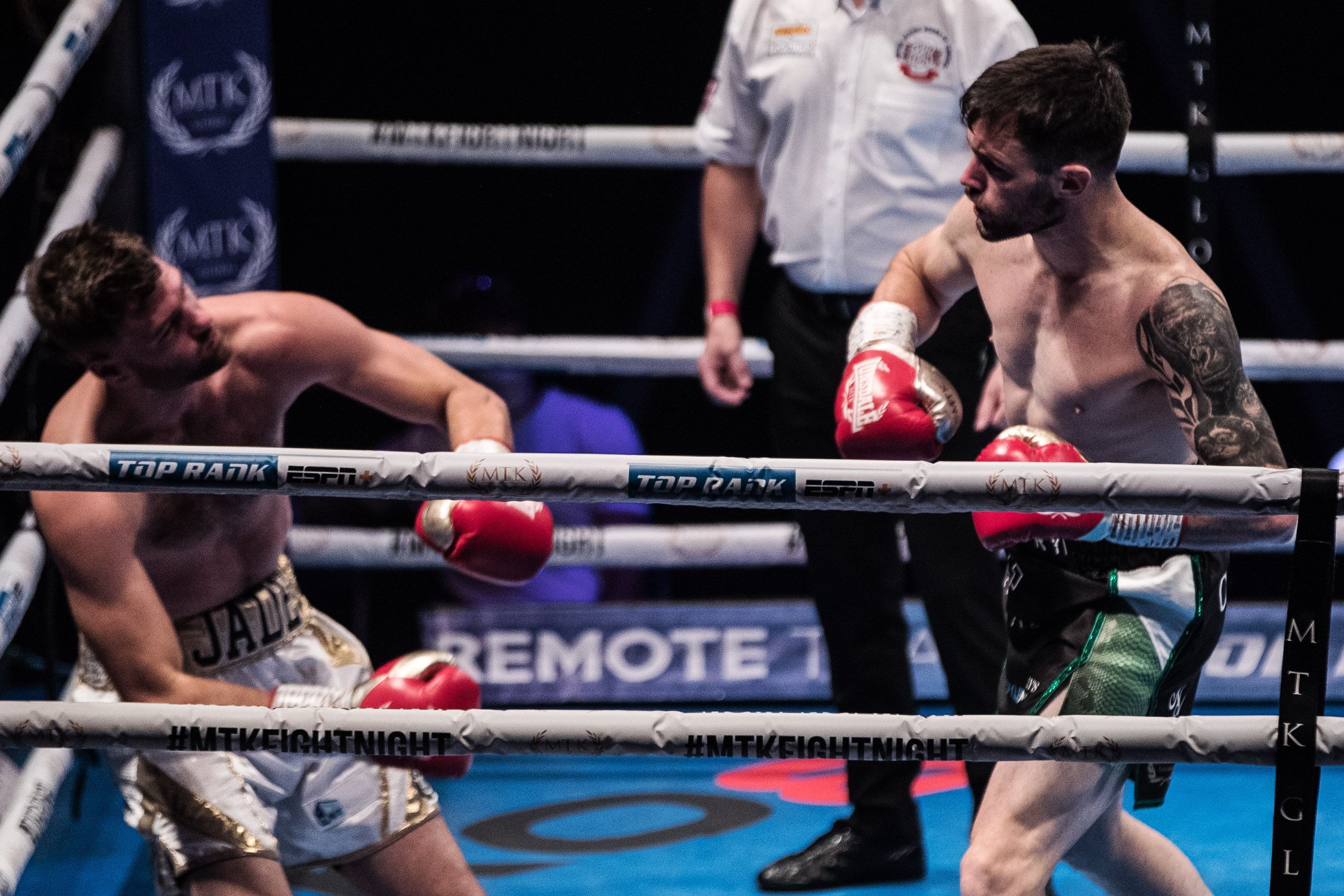 A knee injury has forced Padraig McCrory to pull out of tomorrow's super-middleweight clash in Bolton with Germaine Brown.

The St James' man was gearing up for a clash of two undefeated big-punchers, but has been left with no option but to withdraw due to the injury.

The 32-year-old was training on Tuesday night but felt a pain in his knee after that had begun to swell. Despite the discomfort, he and his team made the trip to England where the situation got worse to the point he was in excruciating pain and unable to walk on it, leaving him with no option but to cancel.

My deepest apologise to @Gmanbrown23 I hope we can reschedule the fight https://t.co/fPvmZQsz4m

It is unclear what exactly the injury is, although the fighter suggests it may be due to an infection, but is awaiting confirmation.

The injury is the latest dose of bad luck McCrory has endured of late as a potential meeting with former world champion David Lemieux was snatched away due to American TV not giving the fight the green light.

Instead, he refocussed on a meeting with Brown who had been the intended opponent before the surprise offer was made by Lemieux.

McCrory broke the news on social media this morning, apologising to Brown and his team although he was in no position to be able to fight tomorrow.

The fight promised to deliver fireworks with both men entering the ring with perfect records at professionals and both carrying noted firepower in their fists. The winner was likely to have earned a crack at a title in their next outing, so the withdrawal has set McCrory's aspirations back but hopefully not for long depending on the severity of the injury.

McCrory was hoping to build on his last outing that resulted in a jaw-dropping 70 second demolition of Mickey Ellison back in September - a fight that was supposed to be a 50-50 - when 'The Hammer' lived up to his ring moniker.

Instead, he will put his energy into recovering from injury and is hopeful that once fit, can either have the Brown fight rescheduled or avail of another opportunity.