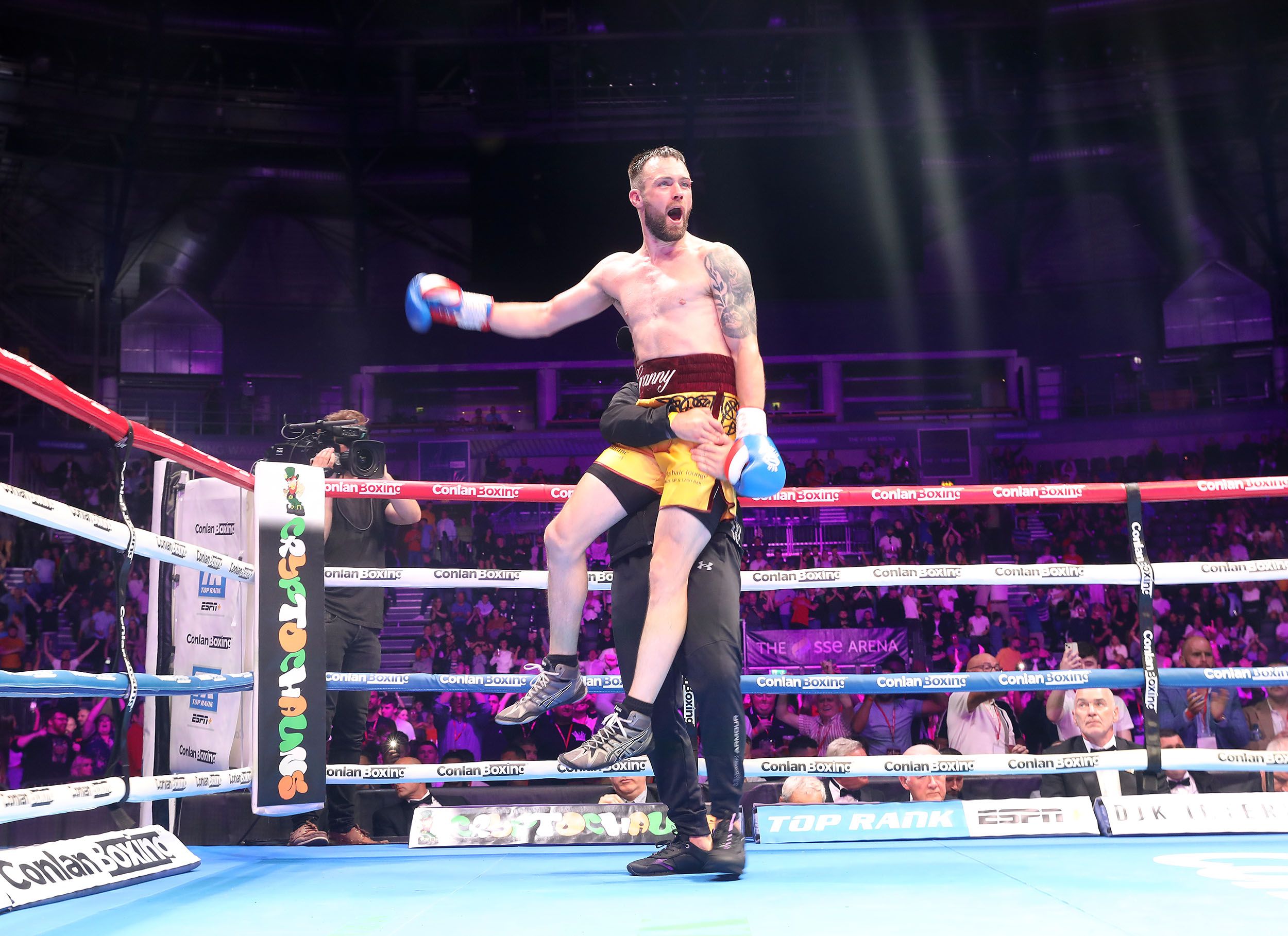 'The Hammer' bulldozed his way through former world title challenger Marco Antonio Periban at the SSE Arena last weekend in five rounds, but is already setting his sights on another big step forward.

On Thursday, Conlan Boxing won the purse bid to host the fight that is listed on the EBU's website for October 22, so it is highly likely that Belfast will be the venue as McCrory aims to maintain his magnificent run of form that has seen him continuously clear hurdles in style.

The EU title is one rung below the full European title and elevates the holder front of the queue to fight for the famous 'blue belt', so therefore, victory would represent a major accomplishment for the popular St James' man who would be on the cusp of becoming just the 16th Irish fighter to hold that title.

There is much to be done before that conversation can be had as he will face a huge challenge to dethrone the EU title holder.

🔥 BIG TIME BOXING IS BACK IN IRELAND

Like last weekend, he will enter the ring against a heavy-handed rival with the 31-year-old champion set to arrive with a record of 18-1 - 12 of those wins inside the distance and his sole loss coming in just his third pro outing on points.

Still, McCrory has proven he has the power to be a threat to anyone in the 12-stone division and will be confident he can maintain his ascent.

The purse big for the Tamba fight was known prior to last weekend's victory, so there was added pressure on McCrory to deliver as defeat may have resulted in his mandatory status removed.

That victory appeared to have opened other doors with former world title holder Rocky Fielding's name mentioned, but with Conlan Boxing - headed by brothers Jamie and Michael - winning the purse bid to host the Tamba fight, McCrory could get what would be a well deserved chance to headline in his home city in October, with the full details due to be announced soon.