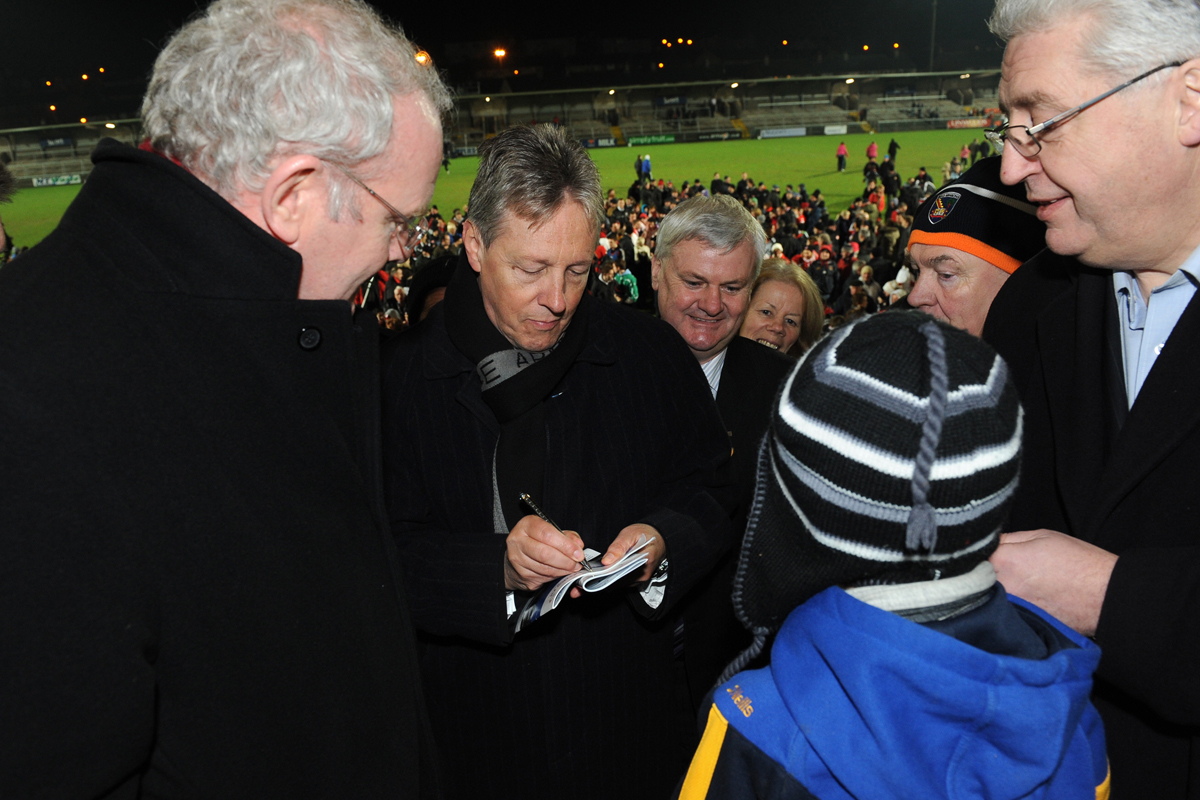 They say by the time we hit 40, we’ve got the face we deserve. I’m not sure what age Basil McCrea is, but he’s got a user-friendly face. It’s round, it’s boyish, it has a youthful fringe hanging over it, and he generally looks as though he’s either smiling or about to smile. He’s also, I suspect,  got an eye on the leadership of the UUP.

By way of evidence, consider last weekend. Basil was up in Derry, one of the featured speakers at Sinn Féin’s Unifying Ireland conference. That’s not actually breaking new ground: Belfast’s Féile an Phobail has featured unionist and anti-republican speakers on its ‘West Belfast Talks Back’ slot for years. But this was a Shinner conference about uniting Ireland, and here was Basil in the middle of it. Courageous or what? By appearing there and doing his robust and cheerful defence of the union, Basil showed that (i) he has political cojones and (ii) he’s free from prejudice, bigotry, frostiness or any of the other epithets that might in the past have been tossed at unionist politicians in their dealings with Sinn Féin.

It may well be that  the present leader of Basil’s party is every bit as well endowed  cojones-wise as Basil, and as free from p, b, f, etc; but Basil did it first. And whereas Big Tom Elliott speaks as though he’s hewing his sentences out of a rock face, Basil speaks with a grasshopper nimbleness reminiscent of Boris Johnson.

There was another little matter that preoccupied the UUP last weekend, and that was David McNarry. As you probably know by now, David was caught talking to the press about closer links with the DUP, and Big Tom displayed his political manhood by informing McNarry that he was from this moment no longer a member of the UUP Assembly team. Before deputy leader Danny Kennedy could get his little mouth half-open, Basil had darted in to point out what should  be done. If McNarry was leaving the Assembly group, Basil explained, he was leaving the party, no half-measures, no hokey-cokey. Clever, eh? In apparently putting the boot into the unfortunate McNarry, Basil was actually putting the boot into Tom Elliott. None of this soft-headed halfway-house Assembly group crock-talk for Basil: “If you leave one, you have, in effect, let Basil give a studs-across-the-shins back-heel to deputy leader Danny Kennedy. It’s McCrea’s comments, not Kennedy’s mumbled I-heard-about-this-more-in-sorrow-than-anger, that the media picked up on.

But riddle me this: why would Basil or any non-masochist want to be leader of the UUP? Or at least, leader of the UUP for the UUP’s sake? Its sad, sliding state makes it the kind of party most people would pay money not to be leading. There’s not a commentator or politician in the land who thinks anything, ANYTHING, is going to stop the UUP’s downward gurgle to the seabed, there to sleep with the fishes.

But maybe Basil has been remembering those two former UUP stalwarts, Arlene Foster and Jeffrey Donaldson. What were they doing in the run-up to their lep from the UUP into the arms of the DUP? Being critical of their leader for being muddle-headed and weak. What’s Basil doing now? Firing depth-charges at his leader for being too muddle-headed, while at the same time showing that he, Basil, is sharp and clear and capable of carrying the argument to the Shinners.

So while, as McNarry pointed out on TV last Monday, a week is a long time in politics, it’s not impossible that Boyish Basil may yet nudge Big Tom back into obscurity and take his place. That done, don’t think it’s beyond our Basil to do a backwards flip on to the good ship DUP, leaving the remnants of his shattered party to swim or sink as they choose.

Look out, Big Tom. He’s behind you.