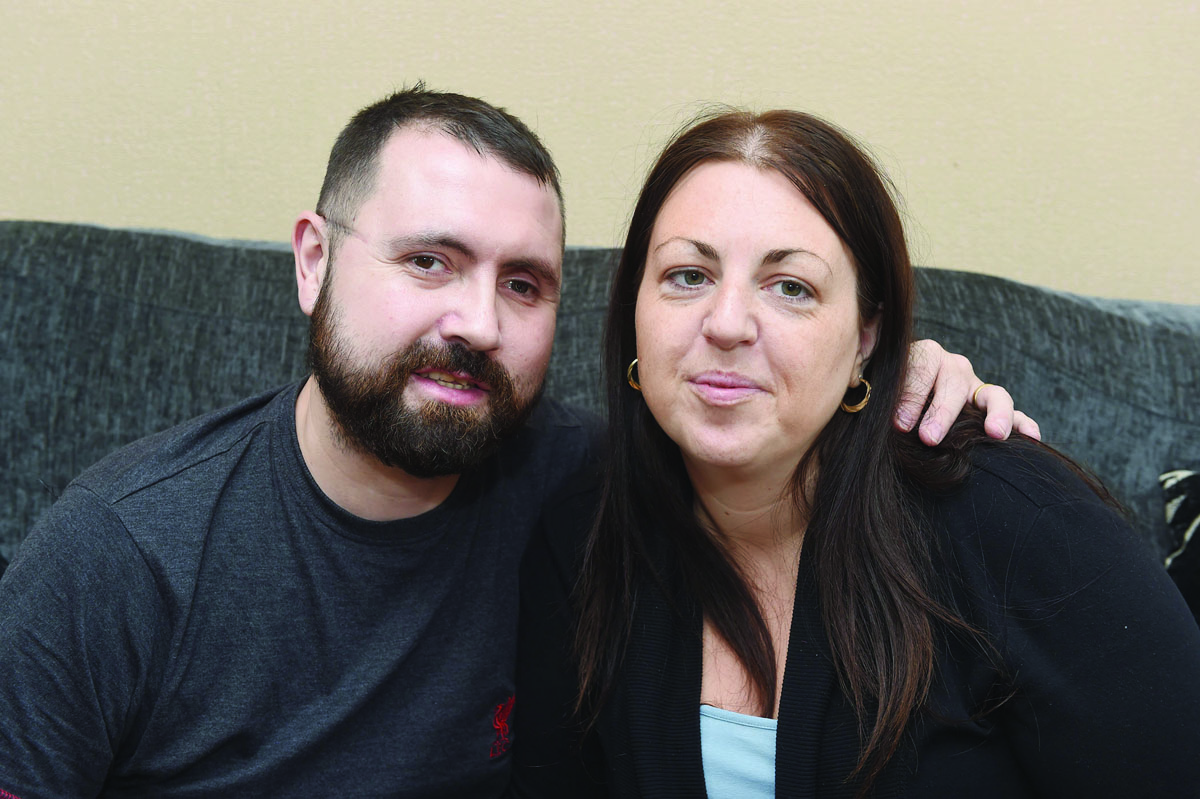 A TERMINALLY ill Belfast father-of-two has penned a bucket list that he’s determined to complete.
Ballysillan man Darren Smyth has been diagnosed with neuroendocrine carcinoma – a rare form of cancer that has spread from his lungs to his spine, adrenal glands, eye and brain.
The 33-year-old’s health deteriorated shortly after he suffered an asthma attack in 2010.
“I took an asthma attack and went to hospital and doctors discovered a bit of shadow on my right lung,” he said. “I had 33 per cent of my right lung removed and soon after, I started to suffer pain in the same area of the surgery.
“They found blood clots on my lungs and then some growths on my adrenal glands and lungs.
“I had to try and be positive and think of the kids and planning a 30th birthday party for my wife.
“In April 2014, doctors found what they described as areas of concern up and down the spine. I thought the cancer was spreading and I was proved to be right.
“I was immediately rushed to the cancer unit to start radiotherapy and chemotherapy as well as IV drip drugs for a year.
“In February 2016, I went for a routine eye test to Specsavers. They told me I had cateracts but just six weeks later doctors found a tumour behind my left eye and I was blind in one eye. Last month, I had my eye removed.”
Darren’s latest scan found an area of concern at the pituitary gland in his brain and it also discovered the tumours on his spine were growing, the tumour on his adrenal gland was bleeding and there was another tumour in his lung.
For his wife Jenna it has been a tough time too but she is determined Darren will be fit enough to complete some of his dream activities.
Darren says the idea of a bucket list became a reality when one day he decided to draw it up after seeing a film.
“I remember watching a film to do with a bucket list. I sat and wrote it out one day and included everything I wanted to do, many things which involved the kids (DJ, 13, and Alexander, 9).
“People have been so generous to me. I am just me. It is hard to accept because it is usually me who gives to other people. I have done a lot of charity work in the past so it is a bit surreal being on the other end of the kindness.”
Darren starts a new spell of treatment next week and Jenna is hopeful the radiotherapy will make him well enough for the family to make more happy memories while Darren is alive.
“We got married and I met Steven Gerrard. I got a tattoo on Sunday and this weekend we are staying in the Galgorm.
“Other things I would love to do is see the Northern Lights, Paris, Amsterdam, London and Edinburgh.
“I also have tickets for the Merseyside derby in December. I am a massive Liverpool fan.”
The Smyth family are hoping to raise £2,000 to help Darren finish his bucket list before he dies.
You can donate to Darren’s Just Giving page online at www.justgiving.com/crowd funding/communityfirst1