Builders back on the job after AAD threats 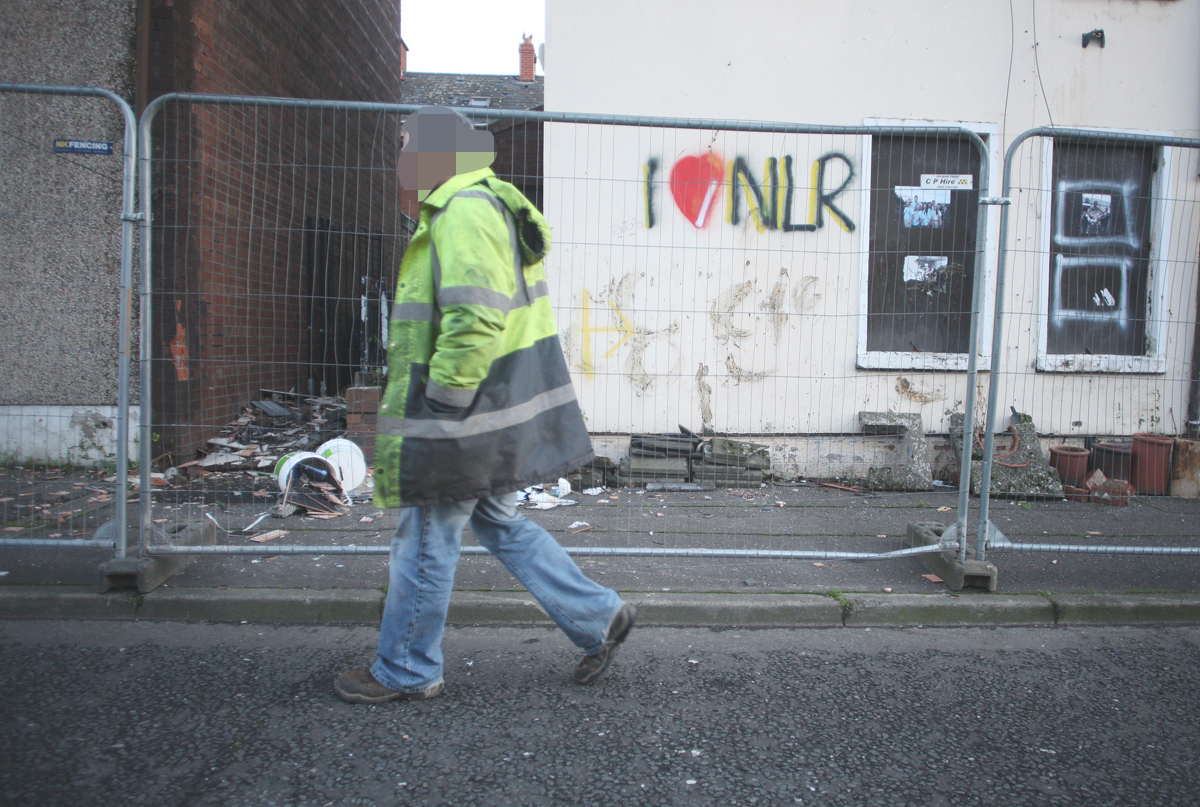 Back at work in Stratheden Street yesterday morning

Contractors threatened by extortionists posing as republicans have returned to work at a major social housing redevelopment in North Belfast.

The Housing Executive have not confirmed whether the threat issued to builders in the New Lodge’s long streets has been lifted but yesterday morning (Thursday), a solitary worker was on-site making preparations for substantive work to begin in Stratheden Street today.

There’s been a month-long stand-off between the contractor and the criminal gang Action Against Drugs (AAD), who Daily Belfast understands were demanding £400 per week protection money.

Contractors pulled out of the site after the original threat was made, sparking a mass rally by hundreds of angry local residents who have been campaigning for redevelopment of the area for over a decade.

The same gang has also been linked to a number of other extortion attempts on social housing sites across North Belfast in the last year including at North Queen Street and Girdwood. They have also been responsible for shootings, beatings and exile orders, notably against drug dealers who turn down their ‘tax’ demands.

Originally the Housing Executive said that contractors would not be returning to the site while the threat stood but at a meeting between Sinn Féin delegates and senior HE staff on Wednesday morning, it was confirmed that work would resume.

In a statement the Housing Executive would only confirm that work would resume on-site “before Christmas”.

Welcoming the news of the resumption, Sinn Féin MLA Carál Ní Chuilín said: “As part of a Sinn Féin delegation I met with the Chief Executive of the Housing Executive and his senior team today and there is a clear unity of purpose in standing up for this much needed housing development.

“Residents, housing campaigners, statutory agencies and political leaders have come together in support of workers and the demand for extortion to stop. We have been given firm assurances today that the homes will be built and construction will resume at once.

“Today’s announcement comes as good news for the people of the New Lodge but clearly extortion is widespread across Belfast building projects and we have demanded that the PSNI act to bring these criminals involved before the courts urgently.”