Champions of the city honoured in Aisling Awards 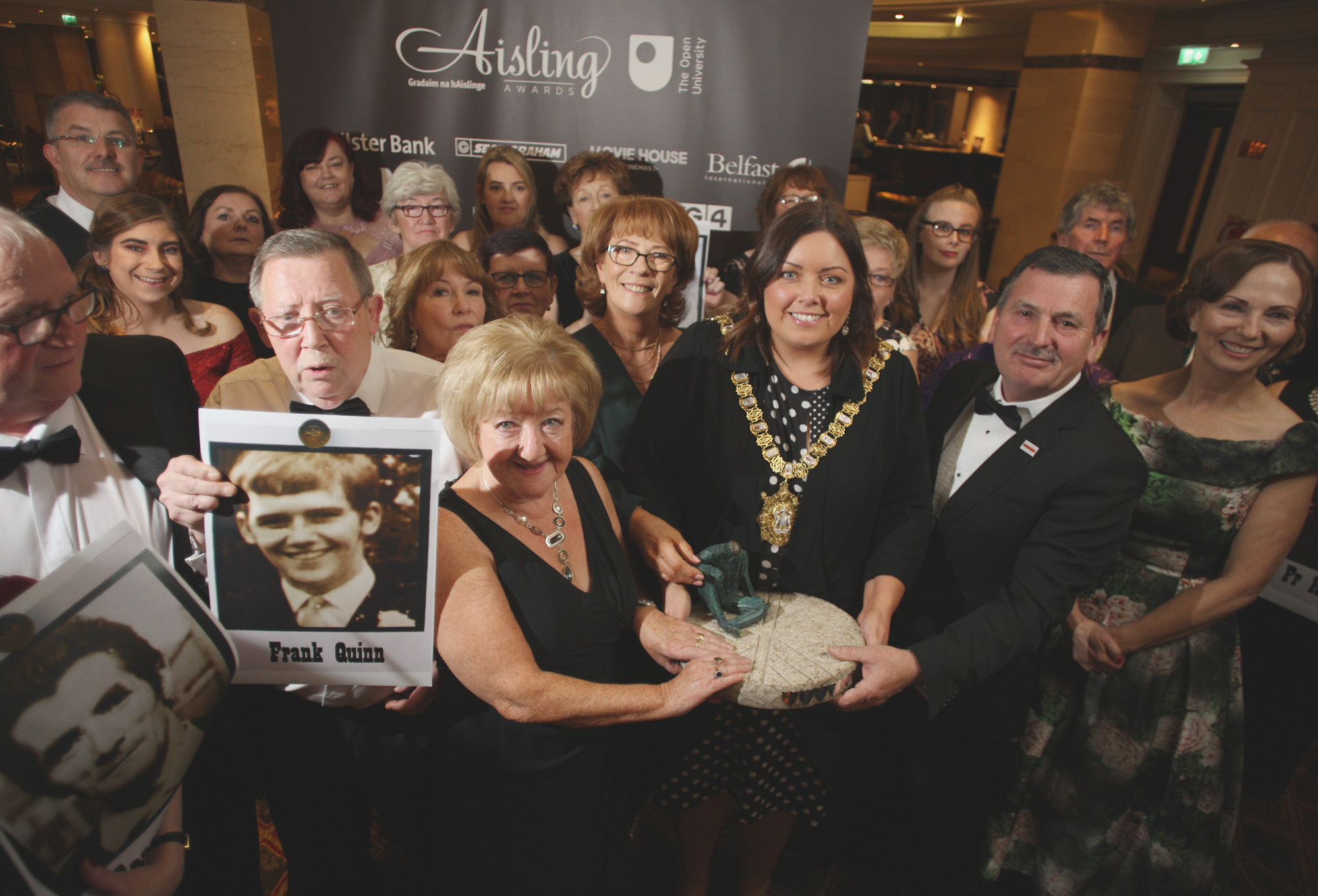 The Ballymurphy Families won the Person of the Year award

Belfast’s inspirational champions were celebrated in the 22nd Aisling Awards in the Europa Hotel last night.
For over two decades the ambitious award ceremony – known as the Belfast Oscars – has showcased a wide range of inspirational organisations, leaders and talent from across a range of sectors from business, sport to the arts across the city.
One of the most anticipated awards was the Person of the Year award, which was awarded to the Ballymurphy Massacre Families. Speaking at the awards on behalf of the Ballymurphy families, John Taggart said: “The Aisling Awards are all about the unsung heroes in our communities and our unsung heroes are those 11 innocent civilians who were murdered in 1971.”
The Roll of Honour Award was presented to the Northern Ireland Fire and Rescue Service for their ‘courageous service’ on behalf of the people of Belfast, in particular in the wake of the Primark fire. Senior Fire Officer, Michael Graham said: “We are delighted to receive this award, but of course it’s down to the 2,000 people that work for us, those who are the first in the door running in when everybody else is running away.”
The People Choice award, which is voted on by the public, went to the St Patrick’s Soup Kitchen on Donegall Street.