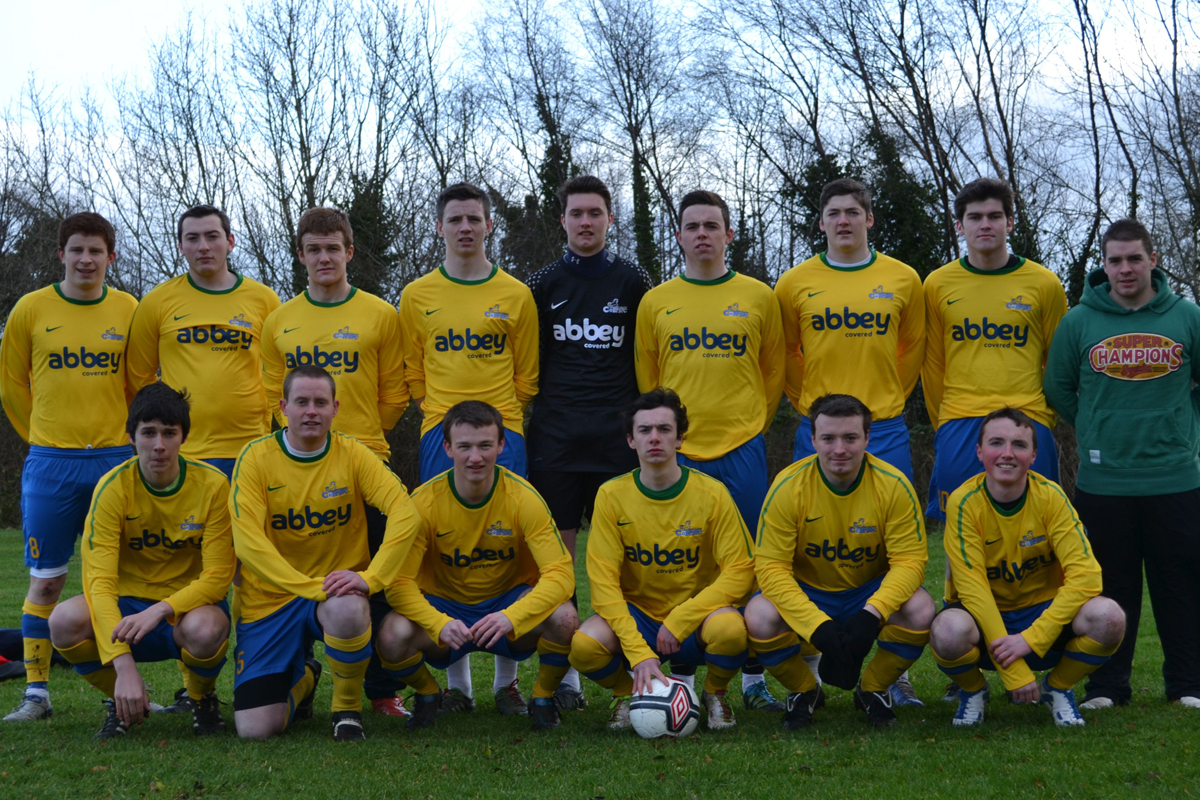 CARRYDUFF COLTS will be seeking to maintain a remarkable run on Saturday when they host Rathfriland Rangers III at Lough Moss on Saturday.

The South Belfast club have won all 11 of their games so far during their Newcastle & District Football League Division 2 campaign and are in fact the only team in any division of the league to have a 100 per cent record.

With their perfect run of results making them only one of five teams anywhere in the North able to make such a boast, the Colts will hope to extend their winning streak to 12 and in doing so further strengthen their chances of a second successive promotion in only their second season.

Chris Morgan’s men have amassed 33 points so far and lead their closest challengers, Drumaness Mills II, by four points and have two games in hand.

With the majority of his players having come through the youth ranks at the club, the Colts boss believes this has contributed to them having made such an impression so early in the senior ranks.

“We are flying at the moment so everything is going rightly,” he said.

“It is a young team and we have pushed on from last year and are playing good football.

“The players are all friends which helps and about 80 per cent of them have come through from when I had them at Under 12.”

The Lough Moss based club’s achievements on the field this season are all the more remarkable when one considers this is only their second year fielding a senior team.

Having moved up from Division 3 last term, it seems they will make it two straight promotions and the team boss believes they have done this by trying to play with style and singled out his midfield pairing as key to their domination this season.

“Last year we formed a senior team in the Newcastle League for the first time but threw the league title away even though we finished runners up and got promoted,” added Morgan.

“This year we have kicked on and are flying.

“We are just over the halfway point of the season with nine games left and are sitting four clear at the top.

“We have a new player, Neil Murray, who came in this year. He joined us from Newcastle and has been a great acquisition in the middle of the park.

“Chrissy Curran in the middle of the park is our captain this year and he has been excellent too.

“He could have moved on to better things but he wanted to stay on and play with his mates so fair play to him for that.

“The pair of them have been brilliant at midfield but all the players are really confident and try to play good football.

“We try to play the ball out from the back whereas in our league everybody just lumps it forward so we are good to watch.”

With nine league games remaining, there is no doubt that attention will build should the winning streak continue as a perfect season gets closer and closer.

However, the Colts boss scotched such notions and said that all they are thinking of is the next game and trying to preserve their lead at the top, something he is confident the players will respond to.

“We are trying to keep their feet on the ground and tell them every game is important,” stated the Colts boss.

“Rathfriland are down near the bottom of the league but we have said to just take each game as it comes and not to be thinking about titles or records.

“We are confident the players will do that because they are a great bunch.

“We are flying at the minute so long may it continue.”