Crumlin Star dispute: The Lyons, the pitch and the Larne Road 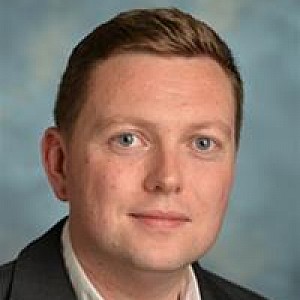 ATTEMPTS by the SDLP to reach out to Crumlin Star in the wake of a row over a pitch in South Belfast have failed with the club chairman telling the North Belfast News nothing has been resolved.

Eamonn Hawkins confirmed that Balmoral Councillor Donal Lyons had been in contact with him but added that he is “still disgusted by his attitude” after talks.

The row broke out after Councillor Lyons sent a letter to residents living close to Strangford Avenue playing fields saying he would oppose Crumlin Star’s bid to use the facility close to the King’s Hall for home games. The team currently have to travel to Larne for ‘home’ fixtures because of a lack of pitch provision in Belfast.

Among the claims made in the letter were that upwards of £50k would need to be spent by the Council installing turnstiles and making upgrades to facilitate Star’s move – something Eamonn says is simply untrue.

But it was Cllr Lyons’ description of the club in the letter as being situated “at the Ardoyne Roundabout” that most angered the club – Eamonn said he believed the reference would link the club to the Camp Twaddell saga in the minds of residents of the leafy suburb. In fact, the Crumlin Star premises are in Balholm Drive.

The row has proved awkward for the SDLP in Belfast as North Belfast reps Nichola Mallon MLA and Councillor Paul McCusker have built up warm and friendly relations with the club down through the years.

The North Belfast news met Cllr Lyons and asked if he regretted the Ardoyne Roundabout reference. He said it was “never my intention” to make the link and confirmed he had been talking to the club to get the matter resolved.

Cllr Lyons’ wife, South Belfast SDLP MLA Claire Hanna, became embroiled in the spat when she rejected claims on social media that opposition to the Crumlin Star move was down to snobbery or sectarianism. She said it was a lack of consultation that had caused difficulties. However, Eamonn Hawkins says nothing has been resolved and he blames Cllr Lyons for ending the club’s dream of a home pitch in Belfast.

“I’m still disgusted by his attitude,” he said. “His letter has scuppered the whole deal. He responded to my email but I think the fact is he just doesn’t want us there. I asked him how many letters he put out and he said over 100. He told me he had around 20 responses but now there’s not chance of getting a deal done and it looks like we’ll have to travel to Larne again next season.”