DR DONNELLY: Road out of Covid requires us to stay on track 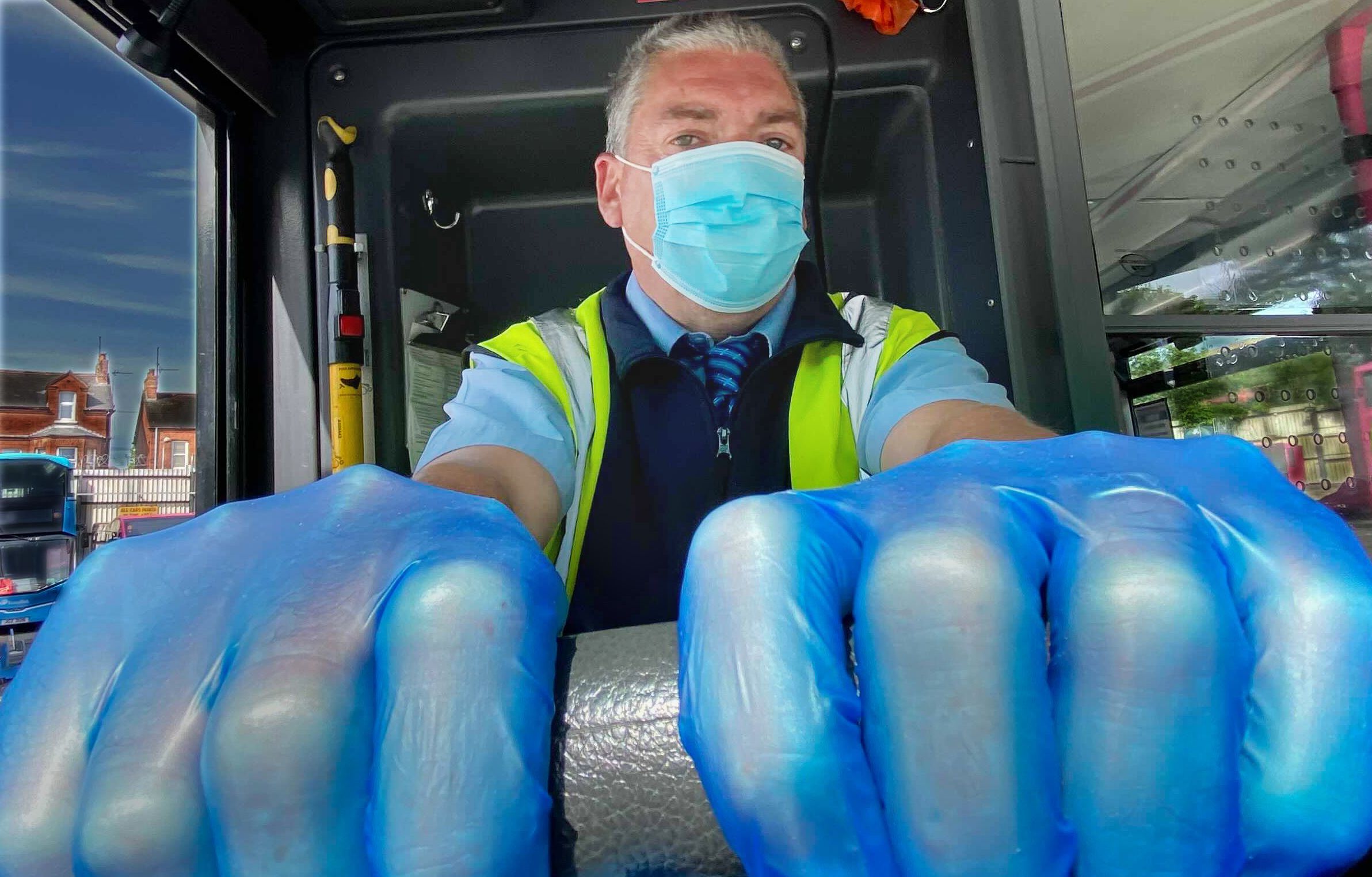 ON ROAD OUT OF LOCKDOWN: A Translink driver in early days of first Covid surge. Thomas McMullan, Belfast Media Group

As I write, we have reached the first anniversary of lockdown or quarantine, as we used to call it in the old parlance.

The anniversary is to be marked by a minute’s silence for those who died of Covid-19 and public buildings like the City Hall and Titanic were lit up in yellow.

It has been estimated that in the United Kingdom over 20,000 lives could have been saved if the lockdown had been introduced sooner.

There were television programmes and other reflections and it has been suggested that the date be permanently marked with a Covid Memorial Day, lest we forget, before the next pandemic. We have to particularly remember those who died prematurely in our care homes which are now hopefully  protected by vaccination.

The pandemic reached northern Ireland on 27 February 2020. The Department of Health has reported 2,107 deaths overall amongst people who have tested positive.

The vast majority of deaths were amongst those over 75 years old and almost half were in nursing care homes.

On 23 March 2020 northern Ireland went into lockdown. All non-essential travel and contact with people outside one’s home was restricted for the whole population, and almost all schools, businesses, venues, facilities, amenities and place of worship were shut.

Major events such as Saint Patrick’s Day celebrations and parades were cancelled. This lockdown was eased in June-July, as infection and death rates dropped to low levels over the summer. Schools reopened in September and remained open for the autumn term.

The lockdown was mostly lifted on 11 December 2020. Following a brief easing of restrictions at Christmas, another lockdown was imposed on 27 December, including schools.

A mass vaccination programme began shortly after and, despite vaccine problems made good progress.

A Joint Statement with the EU may herald improvement and the U.S. Moderna vaccine may be available towards the end of April.

If you missed it, you can view our Time to Reflect event again and take time to pause and reflect on what the last year has meant for nursing, and the impact this has had on staff and their families. https://t.co/S2Jv4cUIHs pic.twitter.com/xdP9jrc1gF

Serious cases and deaths have fallen sharply, and a phased reopening of schools began towards the end of March.

As I write no further deaths have been reported but 319 new cases are reported and many of the clusters are in the workplace. The Executive plan to emerge cautiously from lockdown is a good one but we must always be alert to the dangers from new variants of the virus and their potential to wreak havoc.

Whilst we reflect on the extraordinary experience of this pandemic, we must begin to ask if our response could have been better and if swift and effective action could have saved more lives.

There have been several inquiries into health issues in the North and a sworn public judicial inquiry must soon be held to discover the answers to the many questions being asked as to how this pandemic has affected us.