Drugs battle: I want my life back says Jack 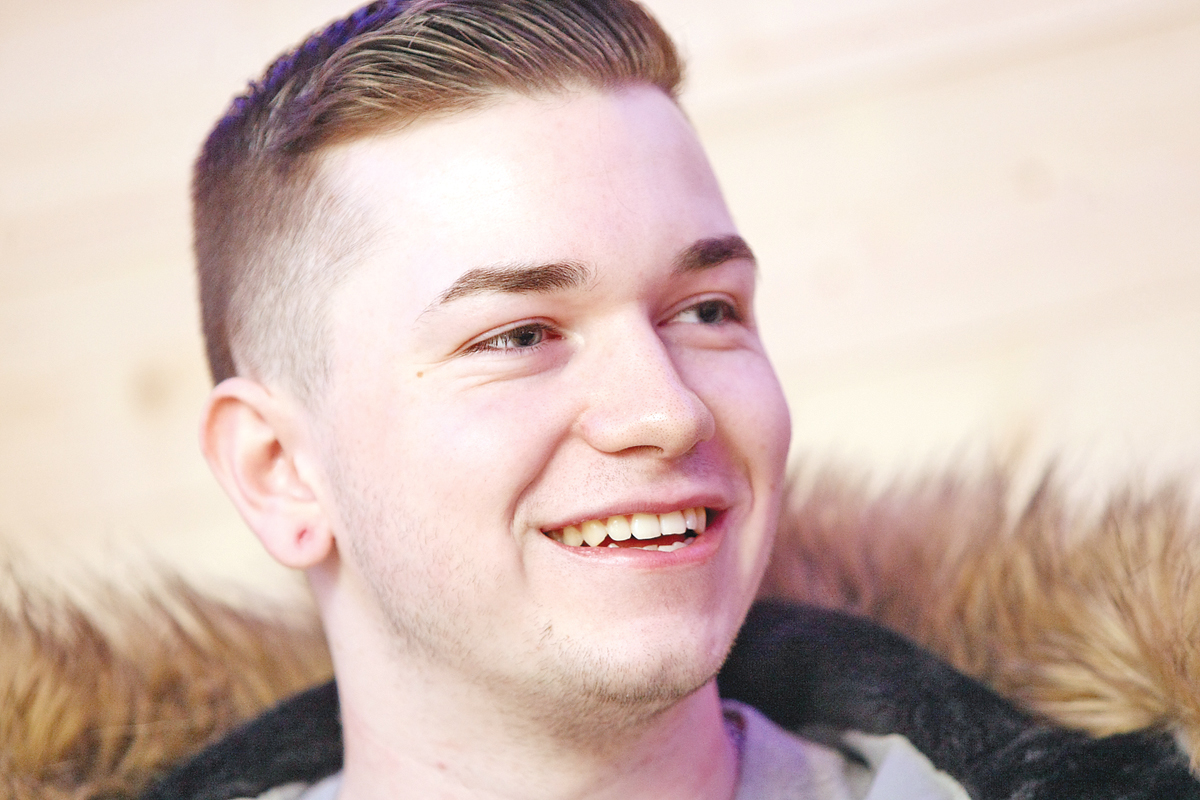 FEELING POSITIVE: 19-year-old Jack Brennan is looking to the future

JACK Brennan looks like an average teenager. He is dressed in the latest fashion, his hair is well groomed and he is immaculately turned out. The 19-year-old from the Glen Road is extremely well spoken and has impeccable manners. However, for several years now Jack has been an addict.

Speaking to the Andersonstown News Jack explains how his substance, drug and alcohol problems began at a very early age and how his family, teachers and social workers have always tried their best to help him.

“I remember taking my first tablet,” said Jack. “I was 15 and was with my friends in Colin Glen Forest and one of them said ‘here try one of these’ and that’s when I took my first E.”

Jack’s drug taking wasn’t just at weekends or evenings, he was soon hooked and taking tablets at every available opportunity, which finally led to him being expelled from school.

“My teachers and year head would get angry because I was so intelligent and I wasted it. I ended up being escorted off school grounds by the police.

“I come from a really loving and supportive family, I love them all. I’m the only one who has ever got into any bother. I didn’t take drugs until I was about 15 and went into a care home in South Belfast which is closed down now. That’s when I started smoking grass and doing other things. But from an early age around thirteen, I had started sniffing solvents.

“I was going mad in the house and getting into bother with the police and school so I took the decision to put myself into care. I stayed there around a year before going into long-term care in Glandore Avenue on the Antrim Road. I also lived in B&Bs. I was living all over the place.

“I met a wee lad in the home and he asked me if I smoked grass. I said I did, but that was a lie, I was trying to impress him and that’s when I started with grass, all because I wanted to fit in.”

“I took Ketamine, cocaine, Es, then once I was done with all that I started with the prescription drugs and that completely took over.

“There’s a drug dealer on every street, it would frighten you and once people know you have a problem with drugs they actually hound you to sell you stuff.

“I am like the devil when I’m on tablets, I wreck and destroy everything and then I have no memory of it. I have wrecked my mummy’s house, it scares me.”

Jack says that even though he was very young he soon realised that he couldn’t blame anyone else for his problems.

“When I look back I realise I put myself through it all, no one else was to blame. At the time I hated the world and was blaming everybody else but I was wrong, everyone was only trying to help me.

“Last year when I was 18 I lost my best friend. After she died I realised that I had to change and I couldn’t carry on like this anymore. That’s when I went to my mummy and she got me into rehab in England.

Jack’s family paid over £10,000 for his place in the rehab facility, unfortunately it didn’t work out well for him, even though he spent 11 days there.

“After the first few days of being weaned off the tablets I was starting to feel great. I could see a light at the end of the tunnel and I was making plans for my future and feeling really positive and excited for the first time in a long time. Things were so clear, I rang my mummy and said, ‘That’s it mummy, I don’t need drugs anymore, I’m going to do this.”

“Basically I was given three strikes and I was out, which I don’t think is fair. When I first went in I had to tell them what I was taking, so I told them I was on Diazepam and buds, they gave me them on prescription but the dose they gave me was more than I was taking so I kept falling asleep, that was my first strike.

“I was being given medication at 8am, lunchtime and then 10pm. I was really heavily medicated so is it any wonder I fell asleep?

“My second strike was when I had to go to reception to fill out some paperwork. I went down in my dressing gown and got told off. They told me to go to my room and dress appropriately. I didn’t think I was doing anything wrong and told them I would get changed once I finished filling out my forms and my third strike was for having an argument with another patient.”

Jack was then left distraught when he was told he had to leave rehab. He said: “They told me to leave, I was 18, I was on my knees crying, begging them not to throw me out. I was in a strange country, I didn’t know anyone. I had nowhere to go. I rang my mummy in a terrible state. She told me to go straight back in, I tried to get in and they told me they were going to call the police and get me arrested for trespassing.

“I told them I was suicidal and had nowhere to go, they handed me 24 hours worth of my medication and told me to go. I went to a B&B, I bought two bottles of wine on my way and washed my tablets down with the drink.”

Things then went from bad to worse for Jack as he was left wandering the streets.

“I ended up in Colchester with no idea where I was. I was walking through the town with my cases, I was really upset. A girl came up to me and asked me was I okay. I explained what had happened and she offered me drugs, I relapsed immediately. We ended up going and staying in her friend’s flat and I was there for days, doing stuff I never thought I would do. It was a complete nightmare, I couldn’t leave. I was terrified of her friend. He told me he was in a gang.

“One night he fell asleep and that’s when I knew I had to leave. I met two foreign fellas and they helped me. They rang my sister and told her I needed help. She was able to arrange for me to stay in a hotel for a few days and then she booked me a flight home.

“My mummy was furious with the rehab facility because they didn’t handle my situation appropriately or professionally and they were refusing to refund the money. They have now agreed that I can do the remainder of my rehab in another one of their facilities.

“Hopefully I can go back to rehab because I really want help. I’m almost twenty now and I really want to leave the drugs behind in my teenage years. I’m completely tired of all the madness I’ve been through in the last lot of years. I want a quiet and happy life.”

Although things are slightly better for Jack, he knows he still has a long way to go.

He said: “I went to rehab for being addicted to prescription tablets and alcohol. I still have an issue with drink but I’m doing better. I really want to go back to rehab. I’m crying out for help. I just want to be normal.

“My mummy can’t sleep at night worrying about me, it’s not fair on her or on my family. I need to beat this for myself and them. My poor mummy has brought me to every hospital and doctor you can think of, she has done so much for me. My mummy has always been there for me. Anytime I’m in hospital she is by my side. She has sat up all night to make sure I’m still breathing.

“That short time in rehab completely changed my mindset and thinking process. You look at things completely differently and they teach you coping mechanisms. I really do believe that if I went back I would get sober.

“Rehab really works, I would go back in the morning, I wasn’t ready last time. This time I am.”