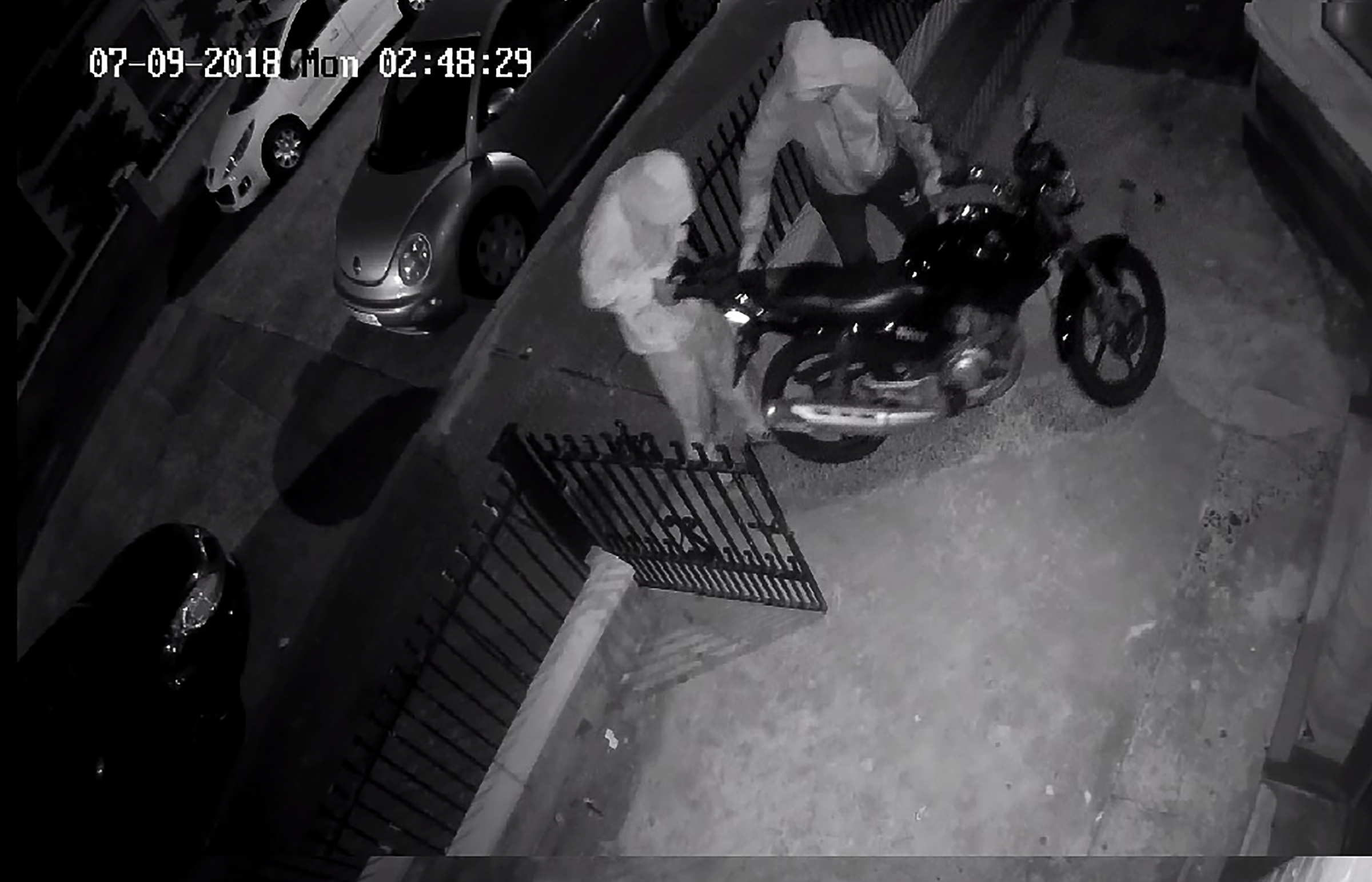 A STUDENT from England who recently moved to North Belfast has issued an appeal for information after thieves stole his prized motorcycle from outside his home.
Lucas Gayle arrived in Belfast last September to study at Ulster University and brought along his rare Yamaha motorcycle as a means of getting to classes and to work.
Shortly before 3am on Monday past (July 9), CCTV footage caught a pair of thieves outside Lucas’s home in Thorndale Avenue as they used bolt cutters to cut the chain that secured the bike. They can be seen wheeling the bike, an all-black Yamaha YBR125 with a silver exhaust, out through Lucas’s front gate.
Speaking to the North Belfast News, Lucas said he himself has spotted a brazen thief riding the bike in the New Lodge and Cliftonville Road areas.
“The last time I saw it was on the Antrim Road,” he said.
“It was a guy in early 20s or early 30s. He was wearing a bandana over his mouth, had short hair and he was wearing a green top and grey trousers.
“The bike is pretty much brand new. It was a birthday present from my family – it’s only about one and a half years old. It means a lot to me. I use it to get work, to classes and to go for rides. It runs really well and it’s quite rare because it’s all-black and the front framing is different. I’ve contacted my insurers, but I don’t know if I’ll be able to get another one just like that.”
Lucas continued: “What really surprised and shocked me was that they came straight for the bike. They weren’t opportunists, they went out of their way to steal my bike – it was deliberate.
“Since I moved over the people of North Belfast have been nothing but great. They have offered me support every day. It’s a pity that these stupid young men decided they would steal my bike.”
Lucas has asked anyone with information regarding the whereabouts of his bike to call him on 07913 895072.