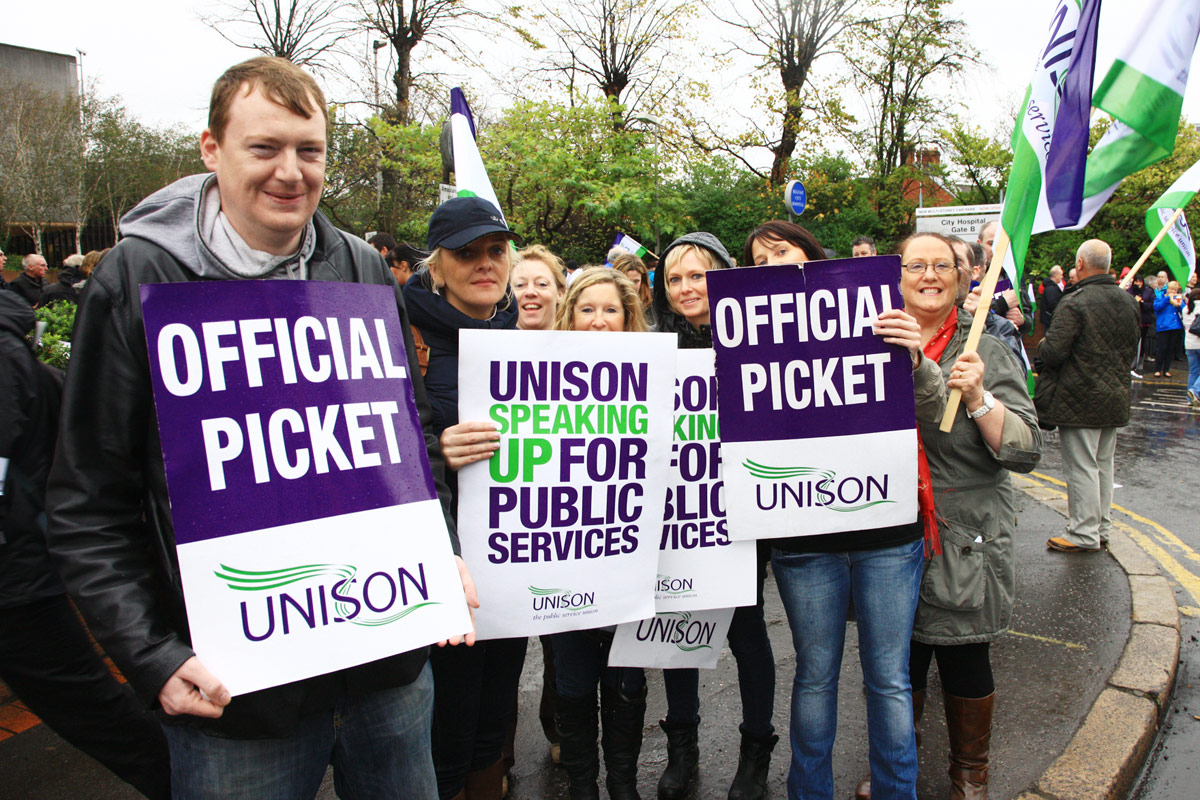 Hundreds of health and education workers in South Belfast last week joined thousands of others across the North in a 24-hour strike in protest at budget cuts.

The City and Musgrave Park hospitals were just two of the locations that saw picket lines on Wednesday (October 5), with the Department of Health saying 2,400 appointments and procedures had to be cancelled due to the action.

But members of the Unison trade union, which organised the strike, were unrepentant. At Musgrave, branch secretary Tom Hughes said many of the 500 protestors had survived previous cuts in the ‘Thatcher era’.

“The action they took then saved our services and increased jobs. The cuts we now face are many times greater. For many more this was the first time they have faced industrial action,” said Tom Hughes.

“They were worried and afraid, but taking action is their right. It is their opportunity to be heard. This action cost members in real terms as we have given up a day’s pay to say enough is enough. But it is a demonstration of how much members care.”

“He appears determined to stick with the budget which will bring the health service to its knees over a four-year period. Minister Poots will have stood down from office at that stage and will not have to face the consequences.

“In two weeks, the Northern Ireland Monitoring Round commences. In this process departmental under-spending will be put on the table for ministers to bid for additional funding.

“We understand the current underspend has reached many millions. If Minister Poots holds his position of ‘not a single penny more’ then he will have failed in his role as guardian of the health service on behalf of the people of Northern Ireland.”

Minister Poots said the strike action was “avoidable and unnecessary”.

“People who were in for outpatient appointments and on the back of that operations would have been set up will have to wait for a number of weeks before those can be replaced.

“As a consequence their surgery will be delayed and that is the knock-on effect,” he said.