EYE ON THE PAST – November '81: Paisley's Third Force goes into action 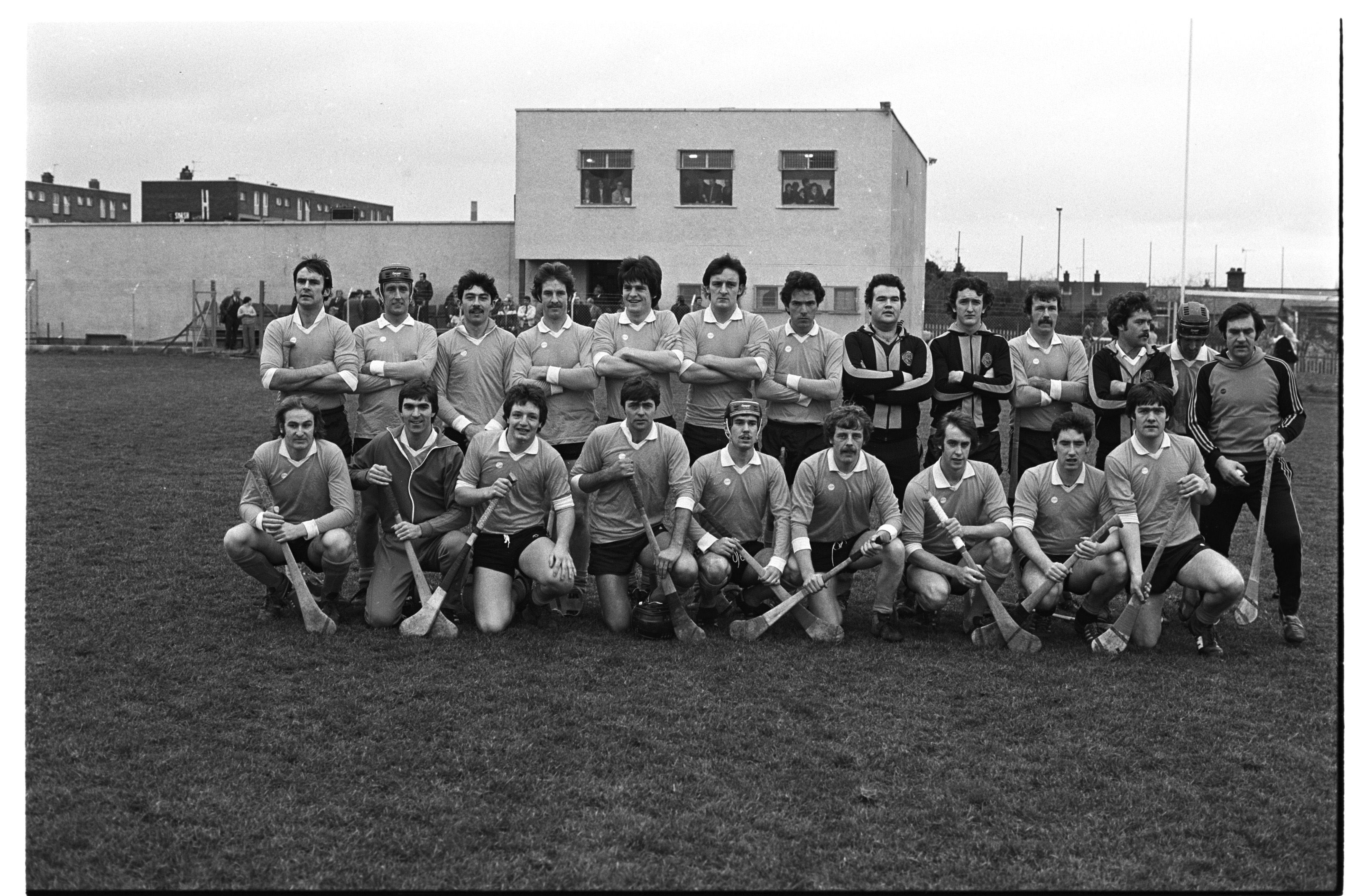 SAFFRONS: Kilkenny beat this Antrim team at the opening of O’Donovan Rossa’s new complex and pitch at Shaws Road

THE Andersonstown News has been receiving reports this week of what would seem to be an increase in RUC and UDR harassment in Catholic areas, following last Monday’s Loyalist demonstrations.

Several people were injured and taken to hospital when the car in which they were travelling was rammed by a police Land Rover on the Falls Road. The RUC later said that they did this because they had mistakenly thought that the car was stolen.

A number of drivers on the main Newry-Belfast Road reported increased RUC surveillance and one driver had difficulty stopping in time when an RUC patrol car with lights flashing, pulled in in front of him.

This also turned out to be a case of mistaken identity. The RUC had the name and address of a previous owner of the car, which they said they had been asked to investigate.

It was reported during the week, that a full football team from Derry had been arrested while playing a match in Limavady, when a UDR patrol walked onto the pitch and took all the team into custody.

People in the Nationalist areas of Belfast are now apprehensive about travelling out of town for fear that registration numbers and names and addresses are being freely exchanged between members of the 1st, 2nd and 3rd forces, which could result in them becoming victims as the RUC and UDR try to outdo the Third Force in diligence and dedication.

NOT so long ago, a Protestant in a high administrative post in Queen’s University, admitted that as a child growing up in a mixed middle-class environment he had been afraid to accept a piece of bread and jam from his Catholic neighbours because he believed that it might be poisoned.

The suspicion and fear of anything relating to the Roman Catholic Church has long been a characteristic of the Protestant population in the Six Counties and runs right through every strata of society and is by no means confined to the ‘ignorance’ of the working class as some commenators would have us believe.

In fact, it could be argued that the working class Protestant may be the least bigoted of all in the Protestant population. The Mass, confession and priests, are all awe inspiring words to the majority of Protestants to be whispered in conversations or plastered defiantly on gable walls. “F*** the Pope” slogans are but a manifestation of this.

Just as Paisley is not some stange phenomenon, but rather a true reflection of the thinking and attitudes of a large section of the Protestant population, whether Church of Ireland, Presbyterian or anything else.

We think that this has to be taken into consideration when talking about Paisley’s 3rd Force. It is significant that Paisley looks on the RUC and UDR as his 1st and 2nd forces, which is basically true in the sense that they are almost 100 per cent Protestant and explains what mutual accommodation, if not actual cooperation between the three forces at last Monday’s demonstration.

The only practical outcome of the founding of this 3rd force, will be an increase in harassment of innocent Catholics and the possible assasssion of so-called “IRA” suspects in true UDA/UVF style. Let us not forget that of all the innocent victims killed in the present troubles, the vast majority have been Catholics killed by “Protestant Ulster’s” 1st, 2nd or 3rd forces.

This is a precarious time for the Six County Nationalist population. It is a time for cool heads and a rational analysis of the situation, but also a time for the formation of a strong moral “4th Force” which will put the Nationalist point of view. Not by marching up and down hills with balaclavas and gun certificates but by putting the case fairly and squarely before the people of Ireland and Britain, that 40% of the popualtion of the Six Counties cannot under any circumstances be termed a minority and that they will definitely not be treated as such.

The Catholic clergy and Nationalist politicians are not willing or capable of putting their case, so the formaton of a “4th Force” is absolutely essential.

IN what appears to be a dramatic turnabout by the authorities in Long Kesh, the Iish language seems to be now accepted on visits to the prisoners. On a visit to the prison yesterday Mr Pádraig Ó Snodaigh, a leading official of the National Museum in Dublin, and a former President of Conradh na Gaeilge, Irish and Irish alone was spoken during the half hour visit.

In an exclusive interview with the Andersonstown News directly after emerging from the gates of Long Kesh, Mr Ó Snodaigh, a committee member of Conradh na Gaeilge said: “This is evidence of a new approach on the part of the prison authorities. It is to be remembered that when I was President of Conradh na Gaeilge, I was refused permission to visit Long Kesh to present fainnes to UVF prisoners who had achieved fluency in Irish.

“Even more recently the current President of Conradh na Gaeilge, Belfast man Albert Fry, had his visit to the prison terminated when he tried to explain to a prisoner in Irish, the importance of having Irish Bibles available to every prisoner in the camp.

“When you consider the Irish Bibles were originally refused into the prison by the authorities, and that they are now allowed in, I hope that this new attitude will ensure that Irish speakers in the prison will be allowed to have whatever reading material – books, dictionaries, newspapers – as well as letters in and out in Irish, without hindrance.”