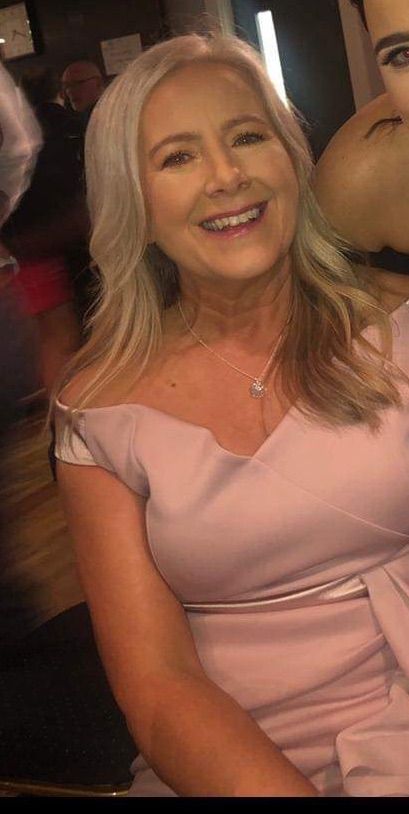 A WALK to celebrate the life of mother-of-four Nuala Mackel is set to take place amongst family and friends along one of her favourite trails on Divis Mountain this Saturday 15 August.

Tributes poured in for the 53-year-old after she passed away in hospital back in June. Nuala, from Brittons Drive had been walking home from Kilwee Care Home where she worked, when she was struck by a car on the Stewartstown Road near the Suffolk Day Centre. She passed away four days later.

Described by her youngest brother Manuel Walsh as a person “with a heart of gold who would’ve done anything for anybody”, ‘Nuala’s Walk’ will take place on Saturday August 15 with all proceeds raised going towards CLIC Sargent’s Paul’s House on the Falls Road.

Speaking to the Andersonstown News Megan Pyper explained how she, and Nuala’s son David, were meant to have their wedding day on August 15, but it had to be postponed due to Covid-19 restrictions.

Instead now the family will celebrate Nuala’s life on one of the walks that she loved on Divis Mountain.

“Nuala loved children and that was why the family chose this charity,” said Megan. “We have been working with the Hunting Lodge manager and big supporter of Paul’s House Jim McIllhatton who has kindly offered to put on a buffet for us afterwards.

“My fiancé David, Nuala’s son, and I were meant to get married on August 15 in Holy Trinity Church. We are going to do ‘Nuala’s Walk’ on that day. It’s a day we were all meant to be together anyway so we are going to make it positive, be all together and do the walk for Nuala.

“It was her four kids, Eamonn, David, Caitriona and Ronan and her husband Eddie who wanted to do this for her,” she said.

Megan spoke of how much Nuala “loved the mountain walk”.

“She loved the Ridge Trail, she just loved it up there. We are hoping to get as many donations as we can and it’s more the merrier on the day,” she added.

Megan said that the family are hoping to make the walk “an annual thing in Nuala’s memory”.

“Nuala’s four kids wanted to do this for their mummy, and to thank everyone who has been helping the family including Liam Reilly from the Busy Bee who has printed t-shirts for us on the day and everyone for their support over the past couple of months.

“We want to make the day positive, as I said Nuala loved that walk on the Ridge Trail, she loved kids, that is why we chose Paul’s House.”

“She was so funny, she helped us a lot. She was just the best, so caring, there are no words for her, she was amazing.

“Nuala and Eddie supported a lot of charities: Marie Curie, the Chest, Heart and Stroke and Habitat for Humanity. Myself and Nuala’s daughter Caitriona will be collecting the donations on the day and we are hoping for a good turn out on the day.”

Nuala’s Walk will take place on Saturday August 15 from noon at Divis Mountain’s Ridge Trail. All are welcome to attend. A donation from each person of £10 will be made to CLIC Sargent’s Paul’s House on the Falls Road.