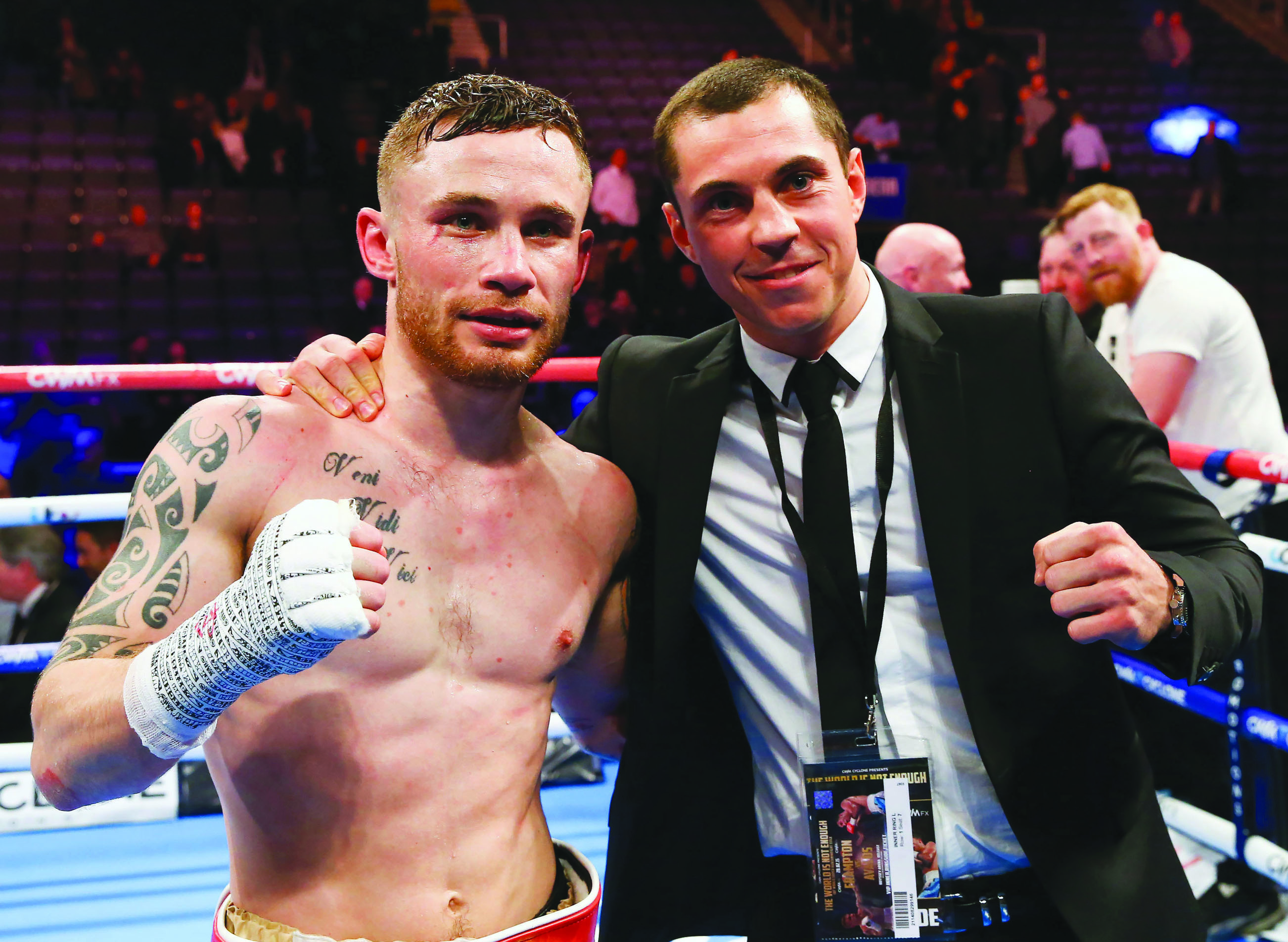 THE worst kept secret in boxing was made official last night when it was confirmed IBF world champion Carl Frampton and WBA title-holder Scott Quigg will put their belts on the line at the Manchester Arena on February 27 in a super-bantamweight battle that has been brewing for five years.

‘The Jackal’ and his legion of fans will cross the water to face the Bury man in a fight that has captured the imagination of fight fans sure to pack out the 21,000 capacity venue early next year.

The announcement was made live on Sky Sports with both men putting pen to paper on the contract that took months of intense negotiations between the rival camps to draw up with title belts, unbeaten records – and bragging rights – all on the line.

Frampton (21-0) had been seeking a fight with Quigg (31-0-2) since the start of the decade when the Englishman held the British title, but the deal was never struck as both men circled each other warily and fans debated who who was the better man. They will get their answer next February when the fighters finally trade leather.

Quigg claimed the WBA ‘regular’ title in October 2013 when, as interim champion after a stoppage win over Rendall Munroe, he was upgraded days before claiming a draw against Cuban Yoandris Salinas.

Since then, the 27-year-old has had successful defences against Diego Silva, Tshifhiwa Munyai, Stephane Jamoye and Hidenori Otake. In July he scored an impressive second-round stoppage over Kiko Martinez – the man from whom Frampton took the IBF title. That victory for the North Belfast man came at Titanic Slipways in September last year on a never-to-be-forgotten night in front of 16,000 fans at the purpose-built arena.

Since then, the 28-year-old has chalked up successful defences against Chris Avalos and Alejandro Gonzalez Jnr, who he defeated on his American debut on the same night Quigg defeated Martinez.

Both fighters and their promoters expressed their delight at setting up what promises to be the fight of the year.

“I'm delighted that we have finally got this fight signed,” said Frampton. “This is the fight everyone has wanted for years, none more so than myself. I'm the legitimate champion and I'm going to his backyard to defend my title because that's what champions do. On February 27 the fans will find out who the real champion is. I'm going to win this fight in style.”

“I've finally got the fight I've wanted for so long,” said Quigg. “February 27 will be the best night of my life. I've dedicated my life to this sport and I have never been more confident going into a fight, I know I will beat him in every department. This is a great fight for the sport and I’m delighted to bring it to Manchester and unify the division.”

Frampton’s manager Barry McGuigan said: “I am very pleased that we have managed to get this fight made. It will be a momentous occasion for British and Irish boxing. This is the fight the fans have craved and the one we have wanted all along. The atmosphere will no doubt be electric, but there is only going to be one winner on February 27 – Carl 'The Jackal' Frampton!”

“Yes! All I can say is yes – get in!” said Quigg’s pumped-up promoter Eddie Hearn. “This is been hard work but worth every second. I want to thank everyone involved for their desire in making this fight happen and now we have an event that will go down in the history of the sport. Two world champions, two fantastic fighters collide at the Manchester Arena. Can you even imagine the atmosphere, the tension, the drama? This is what it's all about, roll on fight night.”

With flights and hotel rooms already being snapped up by Frampton fans, there is sure to be an electric atmosphere on the night with the arena likely to be split evenly between the two sets of fans.

Tickets are expected to go on sale next week with details to be confirmed during a press tour that is likely to take place next week.