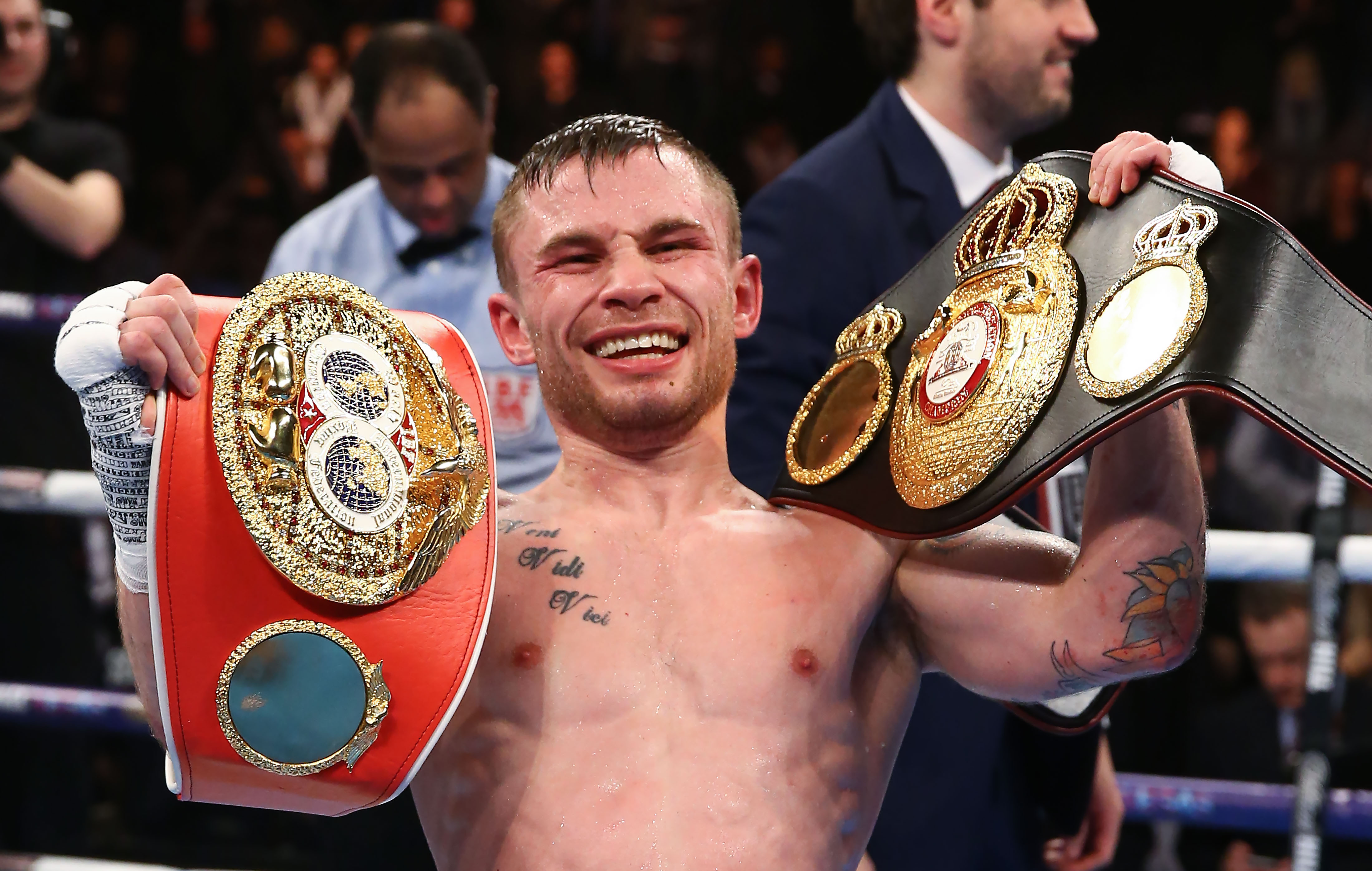 Carl Frampton will challenge Leo Santa Cruz for the WBA featherweight title at the Barclays Centre, Brooklyn in July 30

CARL Frampton says the switch to featherweight will help bring out the best in him when he takes on Leo Santa Cruz for the Mexican’s WBA 126lb title at the 18,000 capacity Barclays Centre in Brookly, New York on July 30.

The date and venue for this eagerly awaited showdown was confirmed yesterday (Thursday) with Frampton getting the opportunity to emulate his manager, Barry McGuigan and claim the WBA featherweight strap. It also affords the popular North Belfast man the chance to become the first boxer from the North to become a two-weight world champion and just the second Irishman to do so after Steve Collins won the middleweight and super-middleweight belts in the 1990s.
It was also confirmed yesterday the Belfast favourite has relinquished his IBF super-bantamweight belt he was mandated to defend against Japan’s Shingo Wake in order to face Santa Cruz.

The switch to featherweight had been rumoured for a while with the 29 year-old unified champion at super-bantamweight admitting he was losing a little bit of strength and stamina in contests due to making the 122lb limit, but expects the extra 4lbs will ensure he has more in the tank during the later rounds.
“I think featherweight is going to suit me,” said Frampton who became the first Irish boxer to unify titles when defeating Scott Quigg at the Machester Arena in February.
“If you are in camp with me and see how I spar, I’m doing 12-round spars with three different partners at nine stone six and I’m flying.

“I flag a little bit in fights and I would admit that myself. I’m super fit, but towards the end sometimes flag or show signs of fatiguing and that’s not happening in sparring. That has to be down to the weigh-making issue and getting down to eight stone, ten is pretty tough, so featherweight will suit me. I’m going to be strong, fit and I think that sets up a great fight.”
This meeting with long-time rival Santa Cruz – himself a three-weight champion – will be Frampton’s second profesional outing in the United States.

His American debut of course took place in El Paso, Texas last July when he picked himself up off the canvas twice to go on and defeat Alejandro Gonzalez Jnr on a wide points decision.
Frampton admitted it was a strange experience given the low-key build-up to that bout with the usual big build-up to his fights at home missing, but he anticipates it will be a different case this time with a sizable chunk of the ‘Jackal Army’ likely to make the trip across the pond for a cotest that has all the ingredients of a classic.

“I will bring a brave squad with me this time,” he predicts.
“Last time was a bit last-minute and we didn’t know if we were fighting in El Paso or where it was going to happen until the last so I didn’t get much of a crowd out as it is harder to get out to there than it is to New York.
“It didn’t give people much time to get there and when we got there, I took Alejandro Gonzalez lightly and thought the fight was going to be easy.
“We have learnt from our mistakes and obviously this time there won’t be any complacency with Leo Santa Cruz.

“He is a three-weight world champion and I know I will have to be at my best.
“It will be a good fight. He comes to fight so it won’t be like Quigg where he went backwards and did nothing for the first six rounds. Santa Cruz will want to fight – he’s a proud man. He will give me opportunities to nail him and that’s what I want.”
See next week’s Andersonstown News, North Belfast News and South Belfast news for the full interview with Frampton as he begins his training camp ahead of the summer showdown against Santa Cruz.