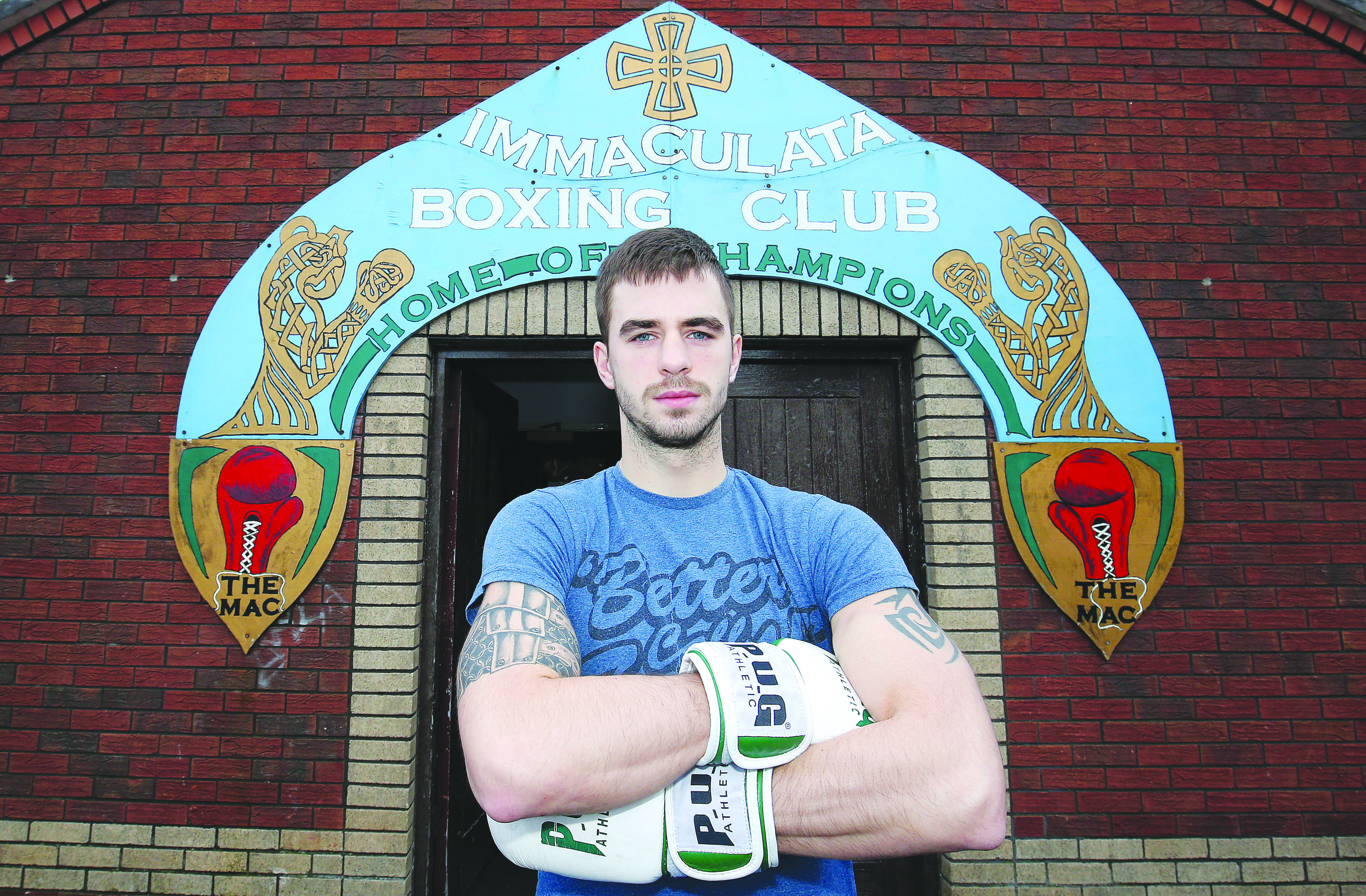 THE push for a British title begins for James Fryers on Saturday when ‘The Future’ takes on Maxi Hughes in an eliminator for the super-featherweight strap.

Fryers has won all 11 of his professional contests to date and tops the bill for the first time this weekend at the Europa Hotel, highlighting his progress that has him on the cusp of really making his mark on the domestic scene.

Hughes, a tricky southpaw travels to Belfast with a record of 14-2-2 – his defeats coming against the highly-rated pair of Scotty Cardle and Martin Joseph Ward so has mixed it at a high level and will certainly ask questions of Fryers this Saturday.

“This is my first headline fight – talk about pressure,” he joked.

“No, a fight’s a fight no matter if it’s first or last on the bill.

“He has probably been in with a better calibre of boxer than me, but if I wasn’t confident I can win, then I wouldn’t take the fight.

“I’m unbeaten and know that if I win this, it will set me up for a really good 2016 and 2017, so I have to make sure I get through this and will leave no stone unturned.”

Hughes has scored just two stoppages in his 14 wins so this suggests he is not heavy-handed, but is a slick counter-puncher that will certainly make things difficult for Fryers.

The West Belfast man has completed six rounds before, but this being a scheduled ten, his stamina could well be tested by the Yorkshireman who Fryers is treating with the utmost respect.

“He has only been stopped once and was from a body shot against Ward when he was tired,” he noted.

“He only has two stoppage wins in 14 victories, so I don’t think he is heavy handed and gets his victories through a heavy work-rate. But it only takes four pounds of pressure on the right spot to knock you out, so a lucky punch can also do it. If you look at my record, I’m 11-0 with only four knockouts and I’m considered to be heavy handed, so you don’t know.

“He is a tricky southpaw and from what I have seen, he seems to like his mid-range boxing, slipping and countering.

“I expect to go the 10 rounds, but any boxer who says he doesn’t want a knockout is a liar. If I can get an early night, fantastic, but if I get the 10 rounds and win, fantastic. I’m prepared for both.”

This clash is an official eliminator for the British title that is currently held by Liam Walsh. Fryer’s stablemate, James Tennyson will get his shot at a Lonsdale Belt when taking on Ryan Walsh in spring and this is something the 23 year-old former Immaculata amateur is hopeful of replicating before long. To do this, he must win this weekend and is refusing to look too far ahead.

“If I can win this, who knows, maybe me and Tennyson could have a double British title headliner at the Europa,” added Fryers.

“For me, the British title is the most prestigious belt in boxing, better known that some world titles. The famous Lonsdale Belt has always be a goal of mine. Not many people can call themselves a British champion, but I have to take care of Maxi Hughes first.

“He is next in a long marathon run , so if I get him out of the road, I can push for a shot at the British title later in the year.”