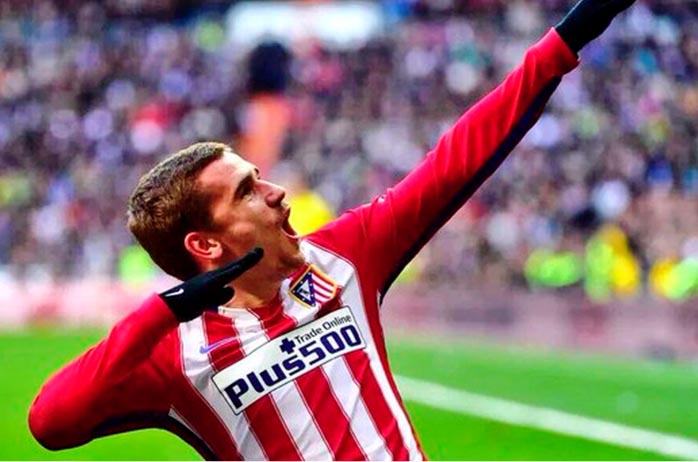 WITH the Punters Guide handing over responsibility to me for Euro 2016, armed with my mystic ball in one hand and wallchart in the other, here is your step-by-step guide to this summer’s football extravaganza in France.

Group A
There seems little reason to look further than hosts France who should have no problem coming out on top in Group A.
The French side is full of quality in every position across the pitch and as long as they deal with the pressure of being hosts it should be a comfortable start. Didier Deschamp’s squad does not include striker Karim Benzema, whose off-field issues prevent his participation in the finals. The goals of Antoine Griezmann and Olivier Giroud together with an impressive midfield with the likes of Pogba and Matuidi but to name a few can rack up three wins at the group stage.
Switzerland will provide a stern test for the hosts and should have no problem claiming second place ahead of group outsiders Romania and Albania who will both be heading for an early exit.
A France/Switzerland forecast pays 5/4.

Group B
There is often a group of death in every competition and on paper, Group B looks to have secured that crown this time around.
There is genuine optimism that England’s young squad could deliver something special. Roy Hodgson’s side eased through qualifying with the only perfect record and with the likes of Alli, Vardy and Kane going forward, the Three Lions can top the group. As for the rest, it will very much be a mini-league and I expect Russia, who in contrast are relying on one of the oldest teams to finish runners-up. An England/Russia dual forecast pays 11/4. I believe one of Slovakia or Russia will scoop a place in the last-16 as one of the best third-place sides and it could be Hamsik and co ahead of the Welsh Dragons.
Wales haven’t reached a major tournament since 1958 and a fierce showdown with England may be all Bale and Chris Coleman’s side will remember the finals for.

Group C
World Cup winners Germany have great tournament pedigree and topping the section should be straight-forward for Joachim Low’s side who will look to add European Championship glory to their World Cup triumph of two years ago.
It looks to be a close-fought battle between Poland and Ukraine for the runners-up and the firepower of Robert Lewandowski should see them safely through.
The Ukrainians finally made it through a play-off to reach Euro 2016 after losing all five of their previous two-legged ties and again, could claim a last-16 berth with a decent third-place finish. Northern Ireland have been handed a tough draw, and may struggle against a step-up in quality, despite upsetting the odds to finish top of their qualifying group after an unbelievable campaign.
Michael O’Neill’s men go into the tournament as the form team with the longest unbeaten run and further upsets could be on the cards.
Will Grigg may well have defences terrified over the next few weeks.

Group D
Holders Spain deserve to be favourites in this group but will have to improve drastically after their shambolic defence of the World Cup in Brazil.
Vicente Del Bosque’s side are usually slow-starters but if he finds a solution to their striking problems, the Spanish will be there or there abouts as they seek a quick hat-trick of European titles.
Croatia’s classy midfield with the likes of Rakitic and Modric providing for star forward Mandzukic should see them safely through as runners-up and a Spain/Croatia forecast pays 11/4.
It will be a battle between Turkey and Czech Republic for the wooden spoon in a group which could also claim to be the ‘Group of Death’.
A lack of clean sheets must be a concern for the Czechs and the Turks may well nick another last-16 spot as a third-placed side.

Group E
Martin O’Neill’s boys in green have been handed a tough group and the superior quality of the rest may well see them finish bottom of Group E. Big hitters Belgium and Italy should come out easy as automatic qualifiers with 9/4 the price for the forecast. Many see the Belgian side as one of a golden generation and the highest-ranked European nation have a team packed with quality with the Italians just about strong enough to finish as runners-up.
Republic of Ireland’s fate and a place in the last-16 could be decided in the opening game against Sweden and will have to keep Zlatan Ibrahimovic quiet to have any chance of securing that crucial third-place and extending their stay at the tournament.

Group F
This group may be all about one man - Cristiano Ronaldo who can keep up Portugal’s record of always reaching the knockout stage and if the star man can perform in France, he can help his side top the group. Austria are a dangerous side and possess the tools to trouble the Portuguese but should still qualify comfortably as runners-up.
Both Hungary and Iceland are rank outsiders in the group and will struggle to progress any further. Not much is expected of tiny Iceland in particular - the smallest nation to ever reach a European Championship finals and as such, have nothing to lose.

Last 16
With the group winners, runner’s up and best-third placed teams all
decided and just eight teams eliminated thanks to an expanded tournament, the qualified nations can begin dreaming of what may happen in a one-off knockout game. I expect Portugal to overcome Italy and Belgium to edge Croatia in two of the standout knockout ties of the last-16 stage with Switzerland against Poland and Russia v Austria closely contested. Elsewhere the big guns should have no problems making it through to the quarter-finals with the likes of Spain, England, Germany and France ending the Euro 2016 dream for their respective opponents.

Quarter-Finals
It’s down to the last eight and current European Champions Spain can continue the defence of their crown by seeing off Poland. The host nation France can keep their dream alive with victory over Austria whilst England can finally get the better of familiar tournament knockout opponents Portugal to reach the semi-finals. Germany against Belgium is arguably match-up of the round and the World Champions can edge this glamour tie which would not look out of place as a final showdown, never mind a quarter-final. At 50/1 for my chosen four semi-finalists before a ball has been kicked, it looks like a price not to be missed.

Semi-Finals
This is where it gets tough on the wallchart in predicting who will reach the final. Many people will have come up with these four nations to reach the semi-finals, based on their path to the last-four stage but choosing a winner is not easy. I have gone for England to edge out Spain but I believe the winner of Euro 2016 will come from who reaches the final between France and Germany, but I believe hosts France will have just enough.

The Euro 2016 Final
France were my antepost pick before I plotted the path to the Euro 2016 final and I believe they will have too much for England. A home nation expects and the tournament favourites can return to the top of European football once again by claiming glory on home soil.

Remember we have free Sean Graham £5 matched correct score bets in all our papers throughout the group stages - it makes betting sense to get involved.

Punters Guide will be on each-day giving selections via Facebook/Twitter feeds along with competitions, free bets, Royal Ascot selections and much more.