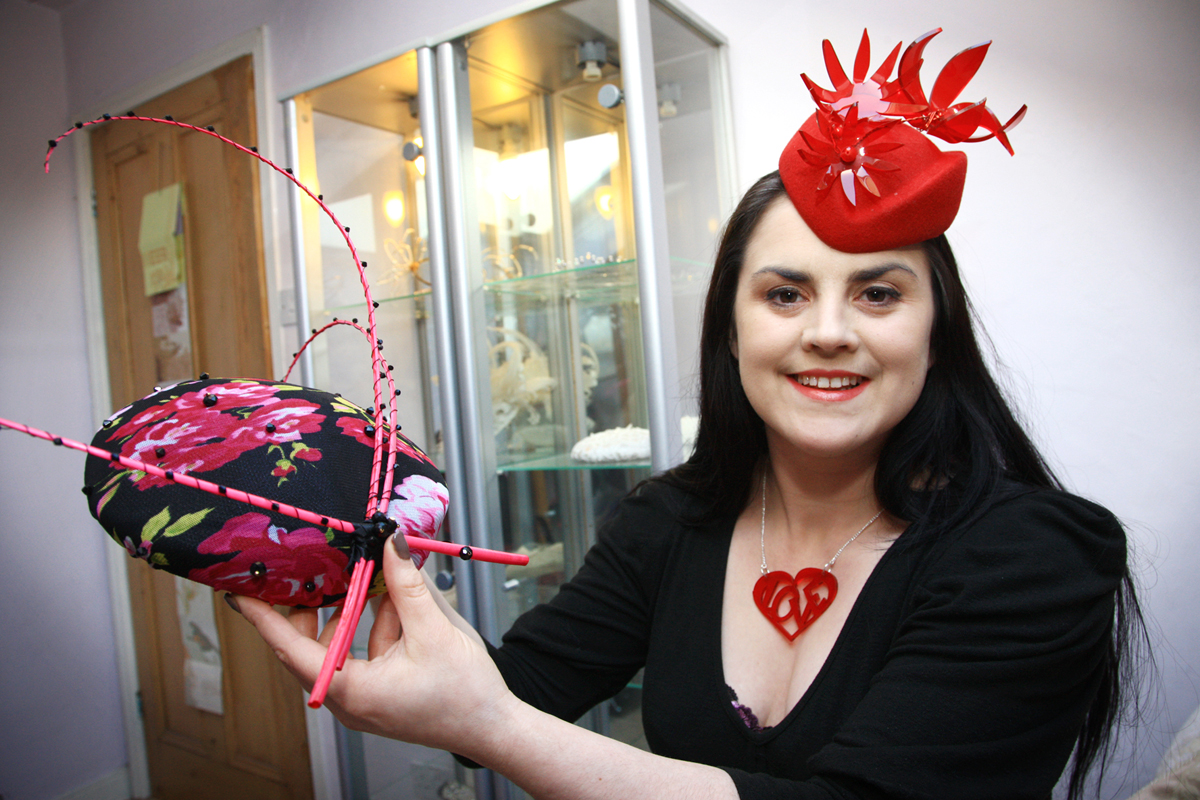 Milliner Gráinne Maher is the owner of her self-titled, Ravenhill Road-based hat-makers as well as the jewellery label Pluck and Devour. Her work was seen by a global audience in November when MTV European Music Awards host Selena Gomez wore two of her necklaces on stage during the event in the Odyssey Arena

I was born on the Saintfield Road

I grew up in Carryduff

I now live on the Ravenhill Road

I actually became a milliner and jewellery designer

The person who inspired me most is my mum

I'm most proud of winning fashion designer of the year

My best friend would say I am a sensitive soul

My favourite saying is ‘carpe diem’

My favourite movie is This is Spinal Tap

The best place I have ever been is Venice

If I could describe myself in five words they would be tenacious, emotional, kind, witty, short

If I could invite five people (alive or dead) to a dinner party they would be Isabella Blow, Philip Treacy, John Galliano, Martin McGuinness and Peter Robinson

If I could change one thing about South Belfast it would be to fill the empty retail units with new, thriving businesses