Holi day paints it back 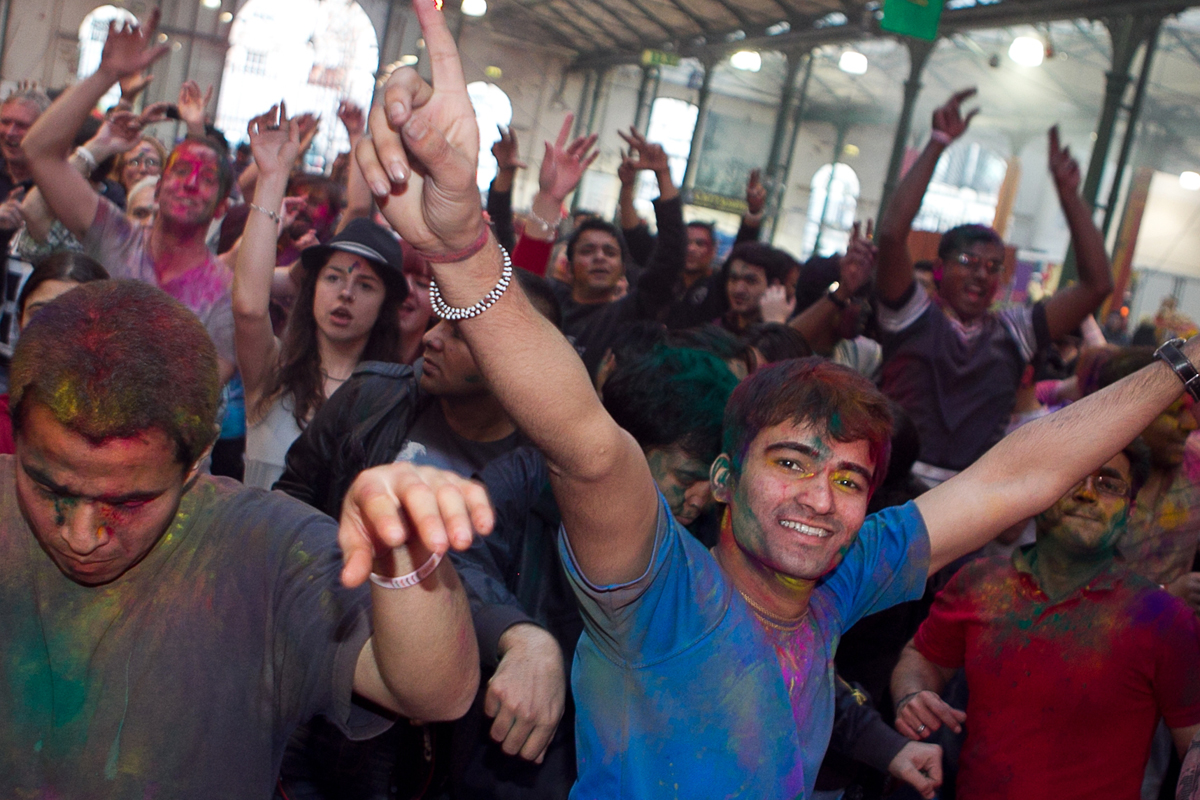 BELFAST’S biggest, brightest, and perhaps messiest festival, which welcomes the return of spring, is gearing up for another successful year, this time in a brand new venue.

The Festival of Colours, also known as ‘Holi’ in the Hindi tongue, has become one of the most anticipated events held annually by the ArtsEkta organisation which brings Asian celebrations to Belfast for people of all backgrounds to enjoy.

In days gone by Belfast residents could only glimpse the fun of Holi while flicking through a copy of National Geographic but today they are encouraged to come along, roll up their sleeves and get stuck into the festival, which stems from traditional Hindu culture.

Holi in India is a celebration dedicated to the colourful Lord Krishna but embraces participants from all religious backgrounds. In Belfast, ArtsEkta have been running the annual party, in which revellers fling vividly coloured powder over each other, since 2007.

Previously held in St George’s Market, the Festival of Colours has “outgrown” the venue, and the 2012 event is coming to South Belfast’s largest venue, the Kings Hall, for what is set to be the best one yet.

Along with a specially built arena for visitors to enter and have a friendly ‘colour fight’, the event will also host a feast of Indian culture, from heady banghra music, to some of the most lip-smacking dishes of what is now arguably the world’s favourite cuisine.

ArtsEkta Director Nisha Tandon took time out of this year’s preparations to talk with the Belfast Media Group about bringing one of South Asia’s best-loved celebrations to Belfast, home to a thriving Indian community.

“Holi as a festival is both a religious and social event in India, and in the places across the globe where Indian people have brought it with them,” she explained.

“As a tribute to Lord Krishna, originally flowers were thrown in community celebrations where people came out on to the streets and took part. In India, it isn’t just Hindus that take part, but Muslims, Christians and people from all backgrounds, and of course that’s what we wish to replicate in Belfast where everyone is encouraged to come along and take part. In a similar way to Easter, the date of the event is based on the lunar cycle, so differs from year-to-year.”

Bar ceremonies dedicated specifically to the blue-skinned Hindu deity, the flowers have been replaced in India and elsewhere with coloured powder derived from the plants themselves, and with a range of psychedelic, super-bright pigments. The end result of a few hours of flinging is revellers wearing a kaleidoscope of colour from head-to-toe. It’s not surprising then that the party is extremely popular with young people?

“We often describe it as a carnival, and it has that celebratory feel, with fantastic music, singing and dancing, and plenty of food,” Nisha continued.

“This year we’re excited to welcome the Bhangra Heads dance troupe from Sky’s ‘Got to Dance’ programme, while we also have our very own South Asian Dance Academy performing. There will be plenty of great music, that in the spirit of ArtsEkta fuses a range of different cultures, so all-in-all it’s shaping up to be the biggest Holi for us so far.”

The day itself begins at 1pm and will see Belfast Lord Mayor Niall Ó Donghaille and councillor and head of Belfast Media Group Máirtín Ó Muilleoir kick off the celebrations. Following the colour powder party between 3.30pm and 5.30pm, there will be a Grand Finale featuring most of the acts performing together on stage for a climax to remember.

Of course, ArtsEkta are perhaps best known for the annual Belfast Mela summer event, which has skyrocketed in popularity and attracts huge crowds to South Belfast’s Botanic Gardens. It has grown from an Indian-focused event to a celebration of various different Asian cultures, and this year too, Nisha is promising the “best one yet”.

It’s obviously in the early planning stages, but it’s taking shape to be absolutely massive this year,” she added.

“We should have some great surprises in store for what will be the highlight of the summer.”

The Festival of Colours will be held on March 11 at the Kings Hall, Belfast, from 1pm to 6pm. For further information, visit www.artsekta.com.