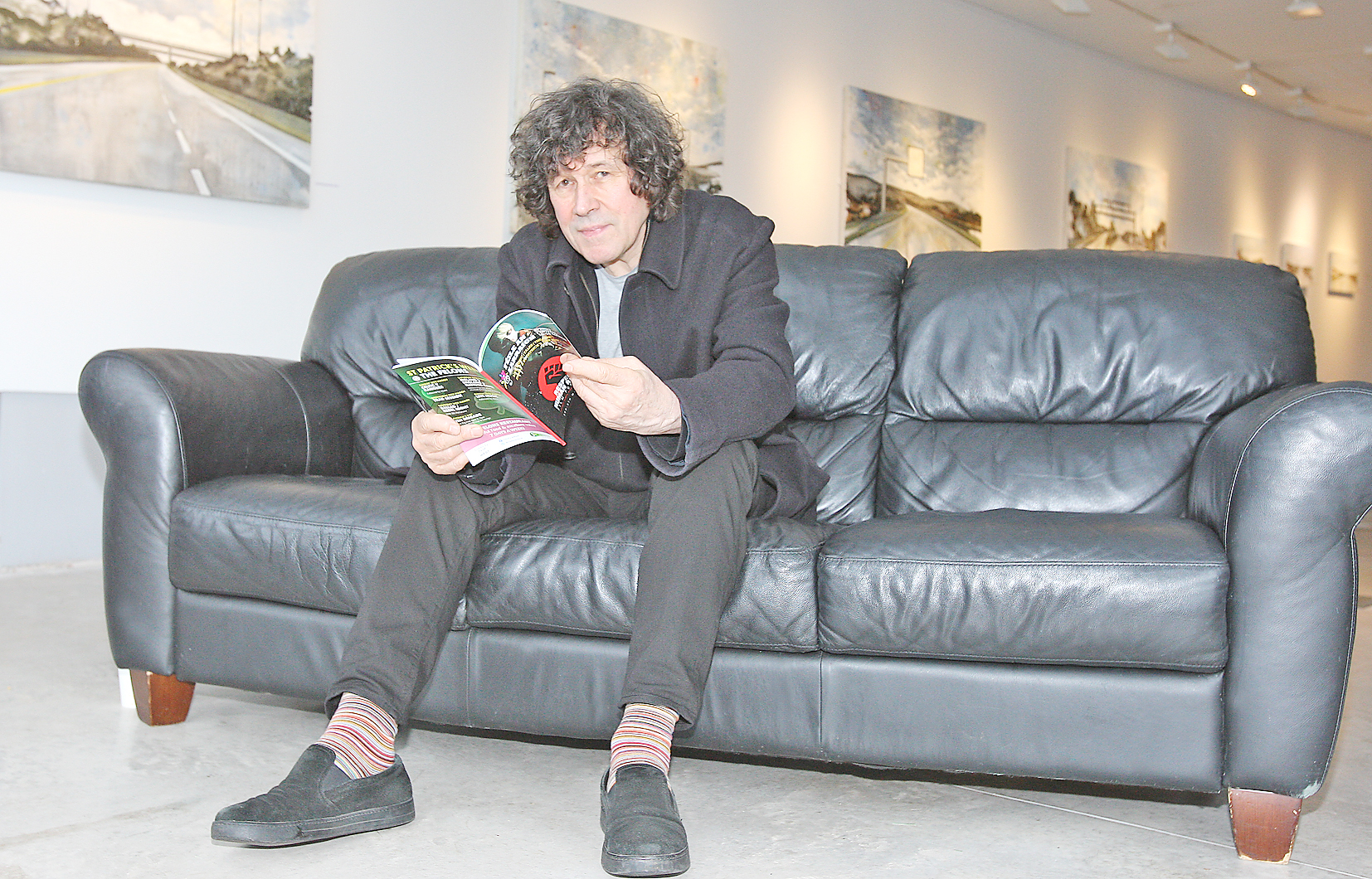 STAR of stage and screen Stephen Rea was on hand on Monday to officially launch the Respect Belfast Film Festival.

The festival, which is part of Féile an Earraigh programme was launched at the Cultúrlann on the Falls Road where Stephen spoke in his capacity as Patron of the Respect Belfast Human Rights Film Festival.

Speaking at the launch he said: “As the world faces many political uncertainties, it is of vital importance that an event, such as this, can empower, educate and advocate for those without a voice.

“As a country, we understand what it is to migrate. We departed this country in millions to go all around the world, We know what political asylum means and platforms such as these can galvanise the response needed to ensure a more compassionate policy from our governments.

“Given the appalling conditions faced by many under the Irish ‘Direct Provision’ system, a strategy intent in dissuading others from seeking asylum, we ought to highlight the needs of those facing political persecution within their own countries in order to stimulate a wider international response.”

He added: “In a week dedicated to many issues around human rights, it is imperative that we engage in many of the screenings, talks and events that this wonderful festival has to offer.”

Respect Director Seán Murray said: “A major theme of this year’s festival is the increasing refugee crisis faced by many displaced people around the world. This will be particularly reflected in a number of screenings and events that will highlight the difficulties faced by families attempting to flee the current conflicts in Africa and the Middle East.

“As we ourselves face many obstacles within a post-conflict society, a number of documentaries, talks and events will attempt to address, investigate, and act as an advocate in the issues and debates that are simplified and marginalized by mainstream film and broadcast media. This will be facilitated via many screenings, events and workshops by our dedicated volunteers and by a number of academics from both Queen’s and Ulster Universities who are considered experts within their own particular fields.”

He added: “Moreover, our programme of screenings will further offer a wider understanding of Human Rights subjects, such as, Immigration, Asylum, Women’s Rights, War and Conflict, Mental Health, LGBT Rights, Workers Rights, Environmental Concerns, Healthcare, Austerity and Disability Issues. We hope you can join us in making this great event a cornerstone for the promotion of human rights for many years to come.”