Holyland dumping is now ‘out of control’ 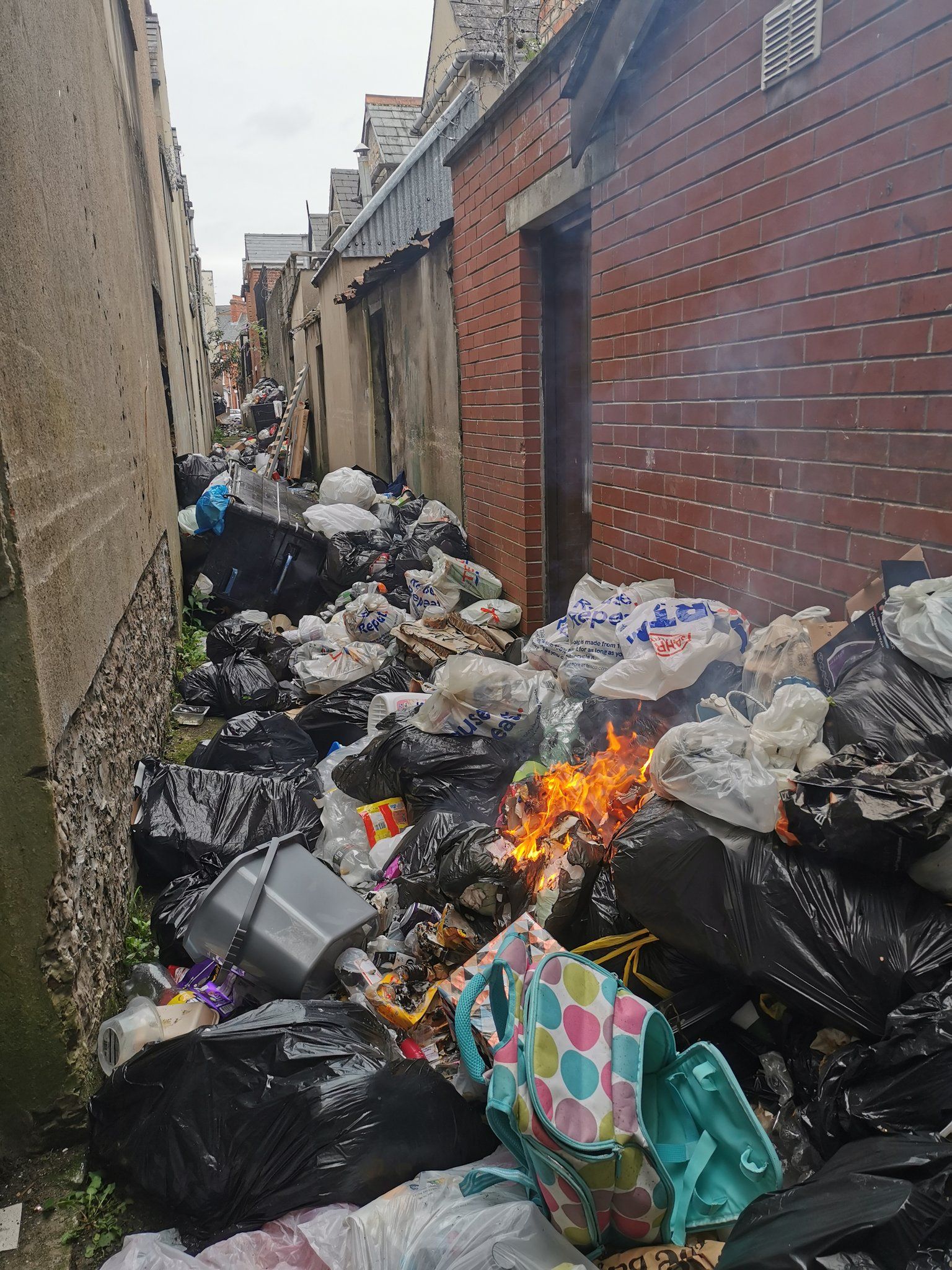 CLEAR-OUTS: Landlords are dumping at the back of their properties, claims Paula Bradshaw

The local representative says the problem has escalated in the past three months in alleyways across the Holyland and University Street areas.

“For the past three months, I have been receiving daily messages and images from exasperated residents highlighting the excessive dumping in the alleyways across the Holyland and University Street areas,” she said.

To be fair to @belfastcc they are putting extra resources into cleaning up the alley ways in the Holyland today.

But I repeat - the rates-payers of Belfast should not have to pay for the selfish and contemptible behaviour of others! pic.twitter.com/2qPMAZLZxX

“It would appear that landlords have just been clearing out their HMOs (Houses of Multiple Occupation) in preparation for the new academic term. I have also heard that former tenants have also been engaged in the dumping as they have been threatened by landlords that they will not have their deposit returned unless their rooms are cleared out.

“The relevant legislation – Houses in Multiple Occupation Act (Northern Ireland) 2016 – is very clear under Section 8 that occupiers should make arrangements for any extra rubbish that cannot fit in the bins to be collected within seven (7) days and/or disposed of as soon as is reasonably practicable and ensure that such rubbish, where possible, is stored at the rear of the property and within the boundary of the property until collection/disposal.

“I have written to the Chief Executive of Belfast City Council to ask for the HMO unit to start investigating the dumping and revoke landlord licences, where possible.

The residents should not have to tolerate this dumping: just this week, there was a fire in the alley-way behind my office just off Canterbury Street and it was only because a resident called into my office to get us to call the Fire and Rescue Service that it received prompt attention. The setting on fire of dumped rubbish is an escalating feature in the area and is incredibly worrying.

“The landlords are making plenty of money from these tenancies and so I feel that the burden of cost for removing the waste should be borne by them and not the ratepayers of Belfast.”