Jobs in danger after raiders strip garage of £10,000 worth of tools 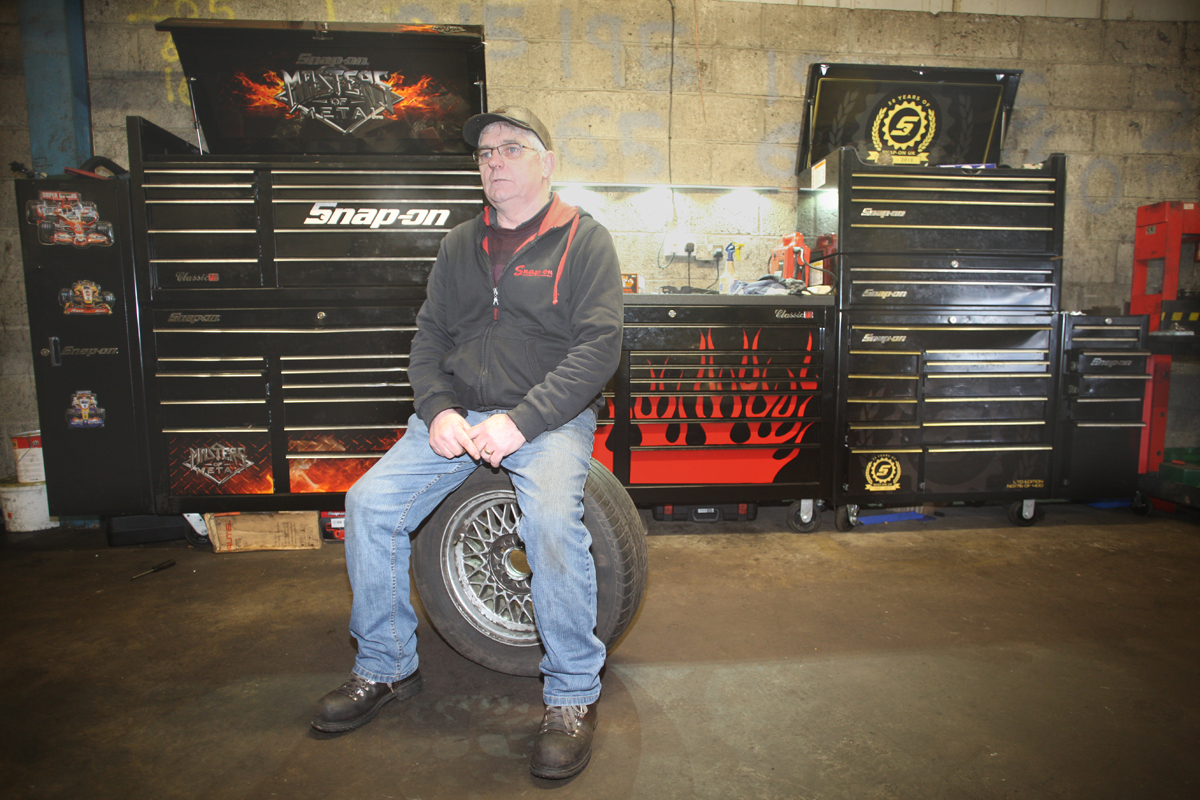 A heartbroken local man says his business has been put at risk after a weekend robbery that saw thieves steal £10,000 worth of tools and even a car that was being repaired.

John Yendell of GP Commercials says he lost “40 years” worth of tools in the raid that took place some time between Saturday afternoon and Sunday evening at his Hillview Road garage.

“They broke into all our tool boxes which were locked and lifted everything they could,” he said. “These took me 40 years to build up and now they’re gone.

“It would nearly have been better if they had have taken the boxes away as well because they are useless now that the locks have been forced.”

John believes the raid would have taken a lot of time and the gang were organised.

“For insurance purposes I keep all the car keys in a locked digital safe. They prised the safe off the wall and cut a hole in the back with a grinder. They had the run of the place for hours.

“I employ two mechanics but if the insurance doesn’t cover this then I’ll have to close down. I’m 45 years in the business and I’ve never had anything like this happen before. I’m devastated. I just hope someone saw something and will contact police.”

After emptying the toolboxes the thieves loaded up a car that had been left in for repair and drove off in it. It is thought they may have arrived at the mechanics in their own van that was also used to remove tools. The car, a silver Nissan Almera registration OE59 RNJ, has yet to be recovered.

A PSNI spokesman appealed for information.

Police are investigating a break-in at a garage on Hillview Road in North Belfast at the weekend.   It’s understood entry was forced to the premises sometime between 6pm on 16th and 8pm on 17th January. Thieves made off with a large quantity of specialised tools and equipment as well as a silver Nissan Primera car.    Officers investigating this crime are keen to hear from witnesses or those with any information that could assist their enquiries. The number to call is 101.