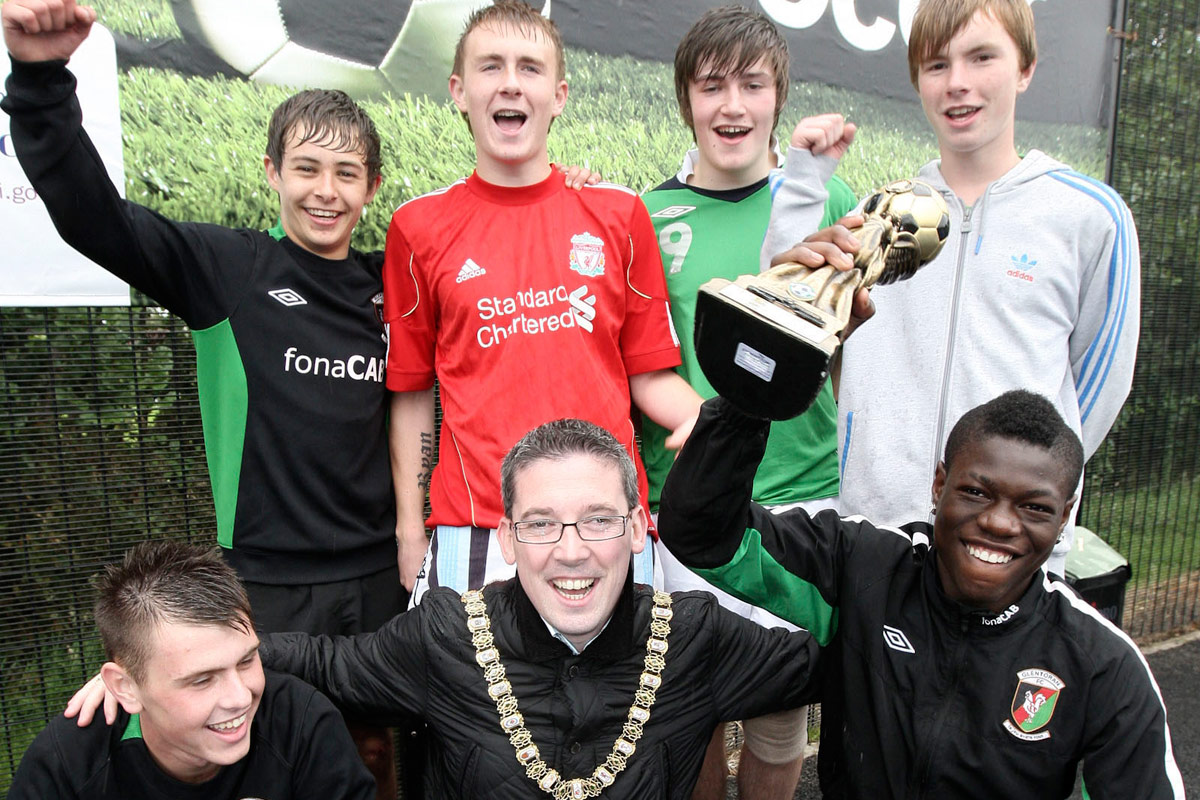 Ten teams of young footballers gathered in North Belfast last week for the finals of a city-wide late-night soccer tournament.

The evening games allow young people from different backgrounds the chance to come together through sport and build new friendships with people they may not normally have the chance to mix with.

The games take place at a number of centres throughout the year including the Waterworks and Ballysillan.

Sinn Féin’s Mayor of Belfast Niall Ó Donnghaile was on hand to present the victorious team with their trophy.