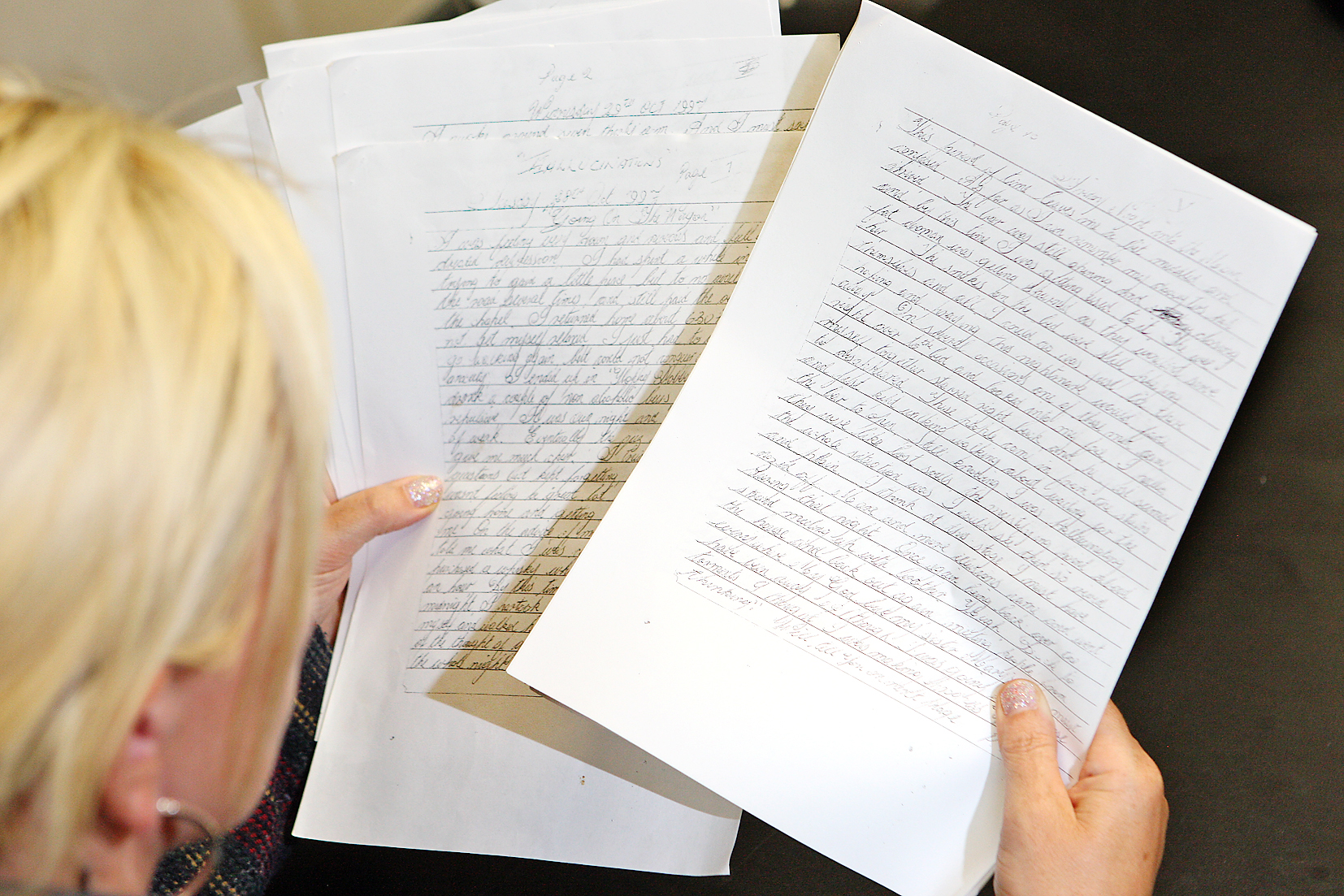 For many, it’s nice to unwind after a week at work with a relaxing drink. But what happens when relaxation turns to dependency? And what effect does this have on your family and friends?

A local family found the answers to those questions in the most surprising way – when they found a letter their late father had written outlining his hidden dependency on alcohol and his struggle to balance his addiction with his desire to look after his family.

“We found this letter in our daddy’s Fold after he passed away,” said a daughter, who asked not to be named. “He was a functioning alcoholic, he kept it hidden from us. Up until our mummy died we were shielded from it, none of us knew.

“He was able to go about his daily life, he held down a job as a docker for thirty years and looked after his family. But in the letter he describes his shame at how he turned out and his remorse over what he put his family through.”

The letter itself isn’t easy reading. It tells of the anxiety, depression and fear he went through and his battle to beat his addiction with the help of his GP. He writes that he was encouraged by the late Andersonstown News columnist Fra Coogan to document his experiences. Fra himself wrote vividly of his lifelong battle with the bottle.

“After our mummy died he just went down hill. Looking back now he was always in the bar when we were growing up, but he always provided for us. It was well hidden.

“It was only after our mother passed that we realised how big a problem he really had. They both idolised each other and were always together, she did everything for him, he was really dependent on her.”

Their dad lived alone in the family home after their mother died and went into a Fold three years before his death. He passed away in December 2012 from cancer.

He wrote: “I contacted Fra Coogan who was in Hoppy Dobbins. He promised me he would get in touch with me as soon as he had finished doing his Poker Drive that night. True to his word he called later with tablets to help me relax through the night. He wanted to stay with me but I persuaded him to go home, as the same guy had come through this many times before.”

He describes in the letter how he always had a knot in his stomach that only a drink could remove.

His daughter added: “Before mummy died she made me promise I’d ‘look after the auld lad’ and I did this up until the end.

“I’m now a support worker and I believe it was looking after my daddy that made me go in this direction. My main aim now is to become a nurse, so I suppose this is a positive to come out of the situation.”

The letter ends in a plea for understanding. “So spare a thought and a prayer for the people who go into hysterics, who want to climb the walls and are put in straitjackets. These are alcoholic people who really believe what they see, and when you believe what you see it can be horrifying. Thank God I was the lucky one.”

“After writing this letter he managed to stay sober for six months,” added his daughter. “Unfortunately he relapsed and was on and off the drink until the time of his death. He left this to help other people and if it helps one person then he has done his job. Some good might come from his story. “