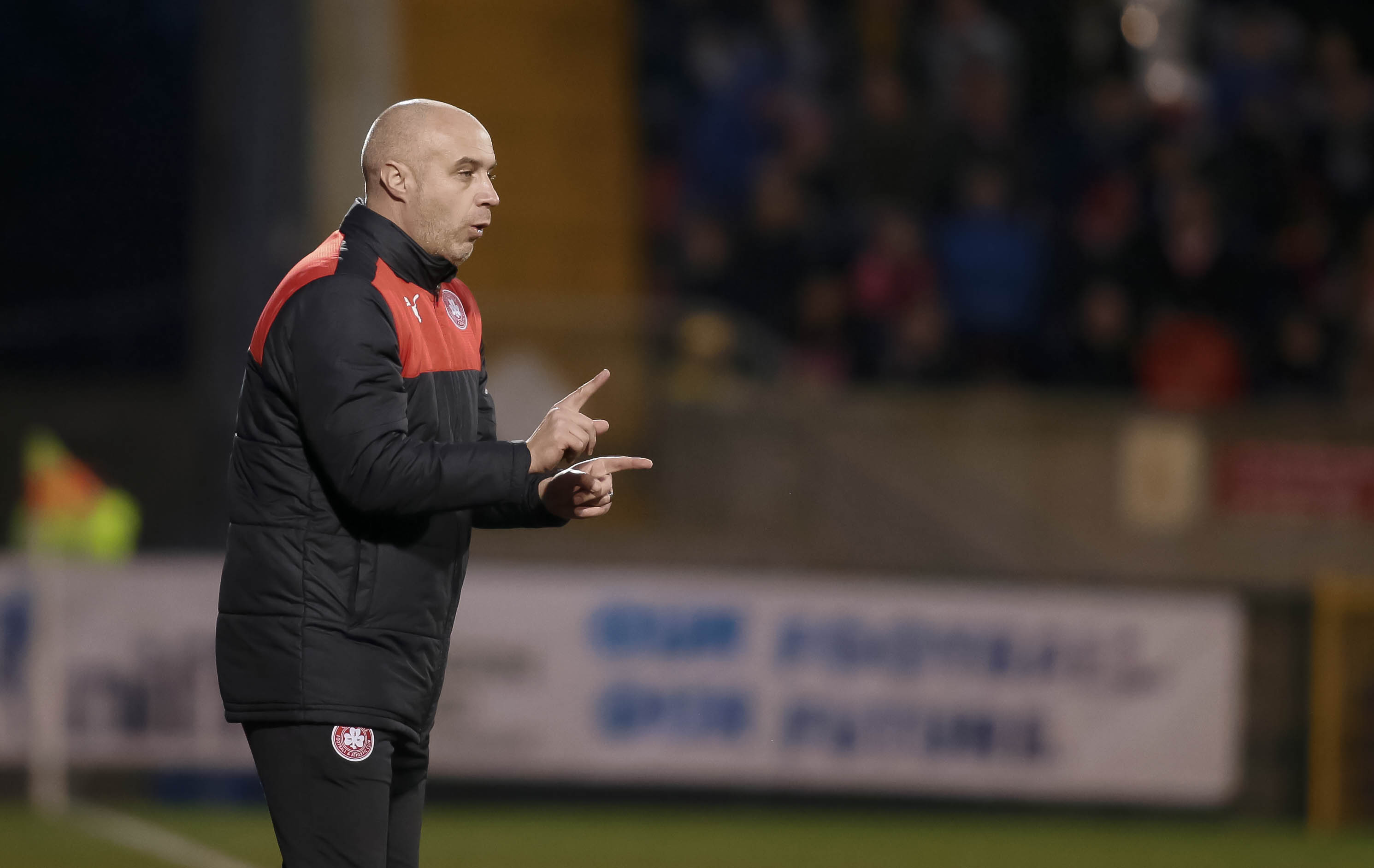 Cliftonville manager Gerard Lyttle admits his side must beat league-leaders Crusaders on Saturday if they are to have a chance of regaining the Gibson Cup.

CLIFTONVILLE manager Gerard Lyttle is hoping to use last weekend’s JBE League Cup triumph over Ards as a launch pad for their season as they prepare for a do-or-die North Belfast derby with champions and league leaders Crusaders on Saturday.

The Reds will make the short trip to Seaview (3pm kick-off) in confident mood having secured their first silverware of the season with the 3-0 win in the League Cup final.

A win over Stephen Baxter’s men would close the gap to six points and give the Reds a fighting chance. A draw makes life difficult for Lyttle’s men, while a defeat would all but end their title hopes.

“Trophies and winning breeds success and confidence,” reflected Lyttle. “Hopefully the win against Ards in the cup final gives us a wee taste of what we want to do for the rest of the season.

“I’ve always said it, there’s lots of games to play, there’s loads of football to be played and there’s going to be ups and downs for every team.”

“Hopefully on Saturday we can get something and put a wee bit of pressure on the leaders.”

Lyttle’s sentiments were echoed by defender, Marc Smyth who is confident of winning, but feels a defeat will end their title hopes. “I think it is a must win for us,” admitted Smyth.

“We need to win, we can’t get beat. If we get beat we won’t win the League

“Winchester, Murray, Hughes, McMullan, Burke, Seydak and Johnny Flynn - our reserve team is top three in this league that’s how strong we are.”

Smyth does not feel it is an over-reaction to suggest a defeat would kill off their title chances, but believes a draw could still leave the door open with Crusaders facing further tough fixtures.

“12 points should never be lost for me at this late stage in the season,” said Smyth. “You never say never and we will never give up, but I feel we can’t get beat.

“We have to go there with that mindset, but I think that every game we play at the minute we need to go into games to win games.

“We want to win and put pressure on them. We want to say it’s down to six points. Let’s make it a race, let’s make it competitive and don’t just let it go.”

Ahead of the game, Lyttle paid tribute to Martin Donnelly and David McDaid who both hit the net in the cup final.

“The boys ‘sleg’ Marty (Donnelly) about his pace and about him being slow,” joked Lyttle. “But he’s more pace in his brain than anybody I know. He was a going through a wee spell for two or three games.

“We’ve quality in the team and Davy (McDaid) is a quality striker. His pedigree before he came here he was at Coleraine, he’s played with Derry full-time and he’s been across the water.

“He’s been out for a wee while. He’s probably lacking a wee bit of match fitness at the minute so when Davy is sharp and Davy is with us, in my opinion, he’s up there with the best.”

Lyttle will be without the services of Chris Curran for the weekend with the winger serving a one-game ban for receiving five yellow cards.

The Reds boss can call upon the experience of captain George McMullan who returns having served a two-game ban which resulted in him missing out on the games against Sport and Leisure, and Ards.