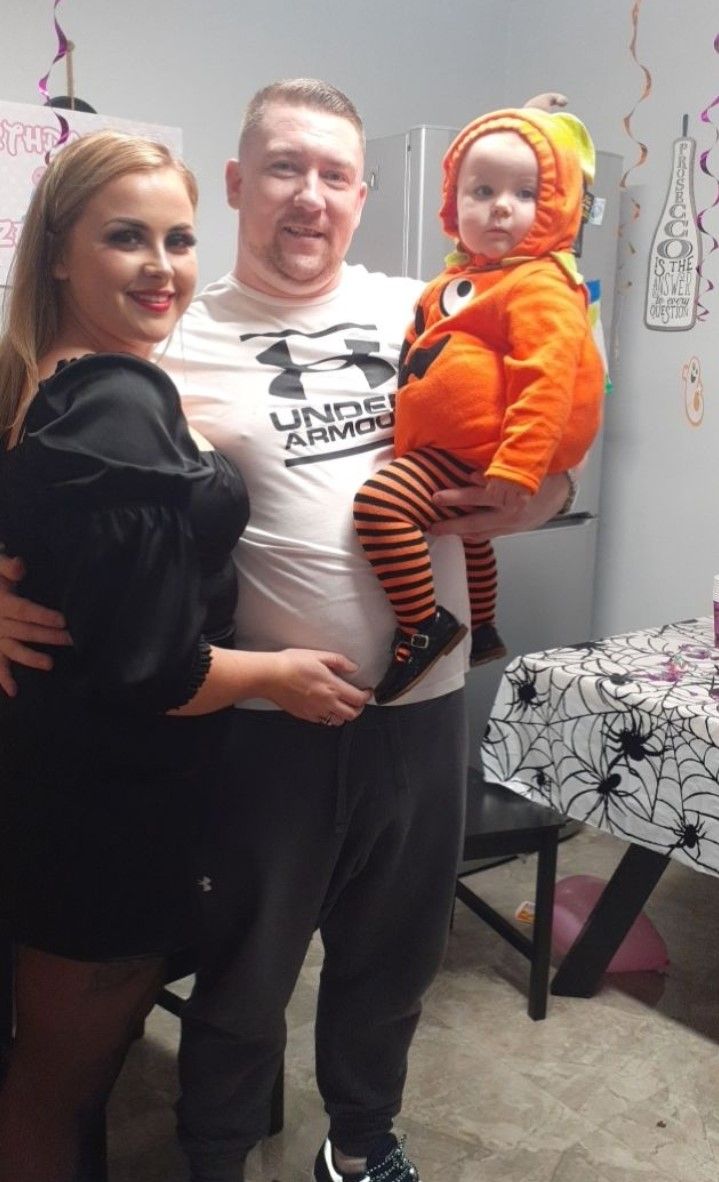 FAMILY: Mark Hall with his partner and daughter. Picture released by the PSNI.

DETECTIVES investigating the murder of West Belfast man Mark Hall have reissued an appeal for information to bring his killers to justice.

Crimestoppers has offered a reward of up to £20,000 for information the charity receives anonymously that leads to the arrest and conviction of those responsible.

"Just after 4.30pm, two gunmen approached the home and one fired shots through the front window of the house. Mark was critically wounded, and sadly later died.

“Earlier this year, we released CCTV footage. The footage shows Mark’s last movements, as he made his way towards the family home in Rodney Drive.

“It also shows two gunmen arrive at St James’s Crescent in a light-coloured saloon car, with a taxi sign on top. The pair get out of the rear passenger-side door of the car, and head to an alleyway leading to Rodney Drive.

“It’s here, at a house with family members present, in the middle of a busy residential area as the community prepared to celebrate Christmas, that this appalling and barbaric murder was carried out. This was a cruel attack, which has left loved ones bereft, and a local community shocked to witness such a violence.

“I am again appealing to anyone with information to please do the right thing and come forward. I am particularly interested in locating the vehicle used by the gunmen.

“The independent charity Crimestoppers is offering a reward of up to £20,000 for information it receives that leads to the prosecution of those responsible.

"To stay anonymous, contact Crimestoppers directly on freephone 0800 555 111 or complete their anonymous online form here. There is no caller line display, no 1471 facility and computer IP addresses are never traced.”