Mass this Sunday for victims of ’72 massacre 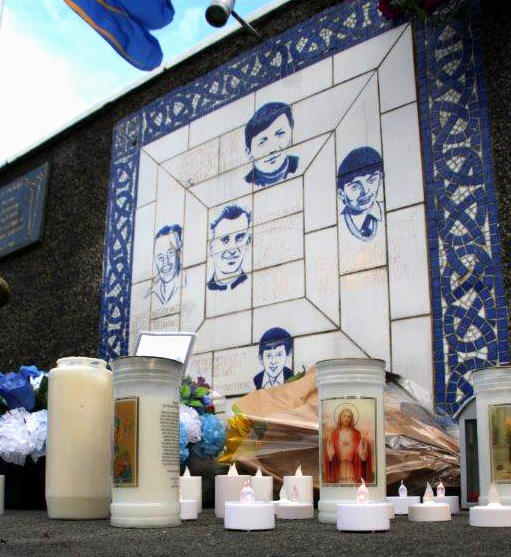 SHOWING SUPPORT: The victims of the Springhill Massacre

A remembrance Mass will be held this Sunday for the families of those who lost their loved ones in the Springhill/Westrock Massacre during July 9 1972.
New inquests into the deaths of the civilians, 13-year-old Margaret Gargan, 16-year-old John Dougal, 14-year-old David McCafferty and 38-year-old Westrock Drive father-of-six Patrick Butler, and Fr Noel Fitzpatrick, who was based at Corpus Christi Church at the time, were directed by Attorney General John Larkin back in 2015.
Due to the ongoing political stalemate and impasse surrounding legacy killings the families are no further on in their legal cases.
Micheal Donnelly, who has been working closely with the families encouraged the community to show their support on Sunday.
“Mass will be held at 11.30am on Sunday at Corpus Christi Church, all are welcome to attend. This is the first step in a long journey that the families will have to go through and it’s important that we show them that the people of West Belfast stand firmly beside them and support the families in their quest for truth and justice,” he said.
A mural will also be unveiled following the Mass.